The proof is in the heating

The cost of solar power is plummeting. But, while China leads the world in exporting photovoltaic-technology based on Australian ingenuity, this country is falling further behind, writes Professor Martin Green. 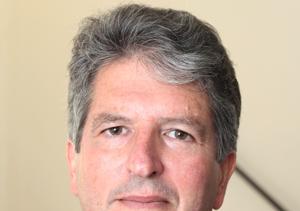 OPINION: Something extraordinary happened to the German national power grid during the pleasantly mild early weeks of last summer.

Not only did Germany’s nearly one million mainly roof top (photovoltaic) solar panels pump 13.2 gigawatts into the grid – the equivalent output of up to a dozen nuclear power plants, or about 40 per cent of the maximum ever demand in Australia’s National Electricity Market – but they did so at exactly the right time.

That is, when demand was peaking. Whatever variability there might have been in the output of individual solar panels, due to shadowing, passing clouds or local rain, was smoothed out by the geographic range and sheer number of panels to reliably meet peak demand, nationwide.

What is most important about peak demand is that this is when electricity is most valuable. Demand for electricity is uneven; 28 per cent of demand occurs during less than 10 per cent of the day. In Australia, spikes in summer demand on hot afternoons come precariously close to exceeding supply when we collectively crank up the air conditioning.

Coal-fired or nuclear power stations can’t be easily turned up and down, and in Australia we’ve been investing in smaller gas-fired power stations to meet the peaks, despite the urgent need to cut greenhouse gas emissions and the cost and environmental inefficiencies of building and maintaining power stations which are needed for only a fraction of the day.

What the German experience demonstrates is that the stars are aligning for conventional roof mounted solar, or PV panels, as a reliable and increasingly competitively priced power source to make a significant contribution to electricity generation.

For many reasons, including the phenomenal uptake of PV panels in Germany, the economies of scale driven by mass production of panels in China and increasingly efficient solar arrays, prices really are down.

In 2011, roof mounted solar panels in Australia were able to compete favourably against peak-priced electricity from coal fired power stations for the first time; without factoring in market distorting subsidies. Solar PV panel wholesale prices are about $1/watt today, compared to $3.50 per watt only a couple of years ago. For computers, Moore’s law says the number of transistors per square inch on integrated circuits, which determine computer capacity and capability, can be cheaply doubled every year. The industrial PV “learning curve” is revealing a 22 per cent fall in panel price for a corresponding doubling of cumulative capacity.

Industry analysts reported a 140 per cent increase in PV solar panel production worldwide in 2010 alone and a 60 fold increase between 2000-2010. The uptake of PV solar is expected to grow most strongly in developing countries, particularly China and India – nations so often derided as reckless polluters by first world politicians opposed to “acting first” to reduce emissions. At the other end of the spectrum, demand is growing quickly in the US and a recent Australian report revealed more than 500,000 houses have installed solar panels, meaning 1.2 million of us are accessing power generated by the sun.

The Germans kick started their own solar PV industry with those much maligned feed-in tariffs which initially pay solar power generators, including ordinary households, a much higher price for the clean, green power they deliver to the grid. However, Germany’s sliding tariff scale means it hasn’t been trapped by high costs in the same way as we have in NSW was - due to the excessively high, fixed feed-in tariffs rolled out under the former government. As much as market economists complain about these distortions, Germany’s long term policy vision, plus the European Union’s carbon trading market, kick started the global mass production of solar PV panels.

Thanks to the strong performance of Germany’s rooftop solar systems, Germany was able last year to shut down eight of its obsolete nuclear power stations without any supply issues, nearly half of its total of 17 stations.

Interestingly, nuclear power has also demonstrated there is a simple answer to one of the key arguments routinely trotted out by PV’s critics; that solar power cannot be stored. Nuclear power plants, and conventional coal-fired plants, operate all night with little demand for the electricity they can’t switch off. So they pump water uphill to be released and converted into hydro-electricity when demand rises; a system easily adapted to any excess power delivered to the grid by PV panels during the day.

While Germany has a viable local PV manufacturing industry, China is the world’s mass supplier. Global demand was initially driven by Europe, but growth in the Asian and US PV markets is taking over. China’s current $48 billion “green stimulus” package, plus the availability worldwide of relatively cheap silicon, has helped push prices down precipitously. So too the simple economic logic of PV panels for India, for example, where the fragile and unreliable national grid is backed up by diesel generators at a cost of several times the current price of PV power.

In the meantime, UNSW has breached the 25 per cent efficiency barrier for conventional solar PV panels and is working with the world’s largest single producer, China’s Suntech, to get a premium 20 per cent efficient panel on the world market, up from an average of 14-15 per cent.

Suntech’s fortune is built largely on Australian expertise developed at UNSW, but with critical input from Suntech CEO and scientist, Dr Shi Zhengrong, who completed his PhD at UNSW.

There’s been some negative press over the commercialisation of Australian solar technology in China and elsewhere. But, as the leader of that UNSW research team over the past 30 years, it’s not something I think is a major issue. Australia is not a competitive mass manufacturer of many of the products we use every day. The installation of PV panels here drives growth and employment in our own solar power industry because half the economic benefit is returned locally in the installation process.

I am more interested in getting the real solar story out; that solar panels are a proven, reliable, ever cheaper source of electricity which can play a major role in powering the world. If Australians don’t understand that reality we’ll be left scrapping on the global sidelines long after China, Germany and the rest, have run off with the renewables ball.

Professor Martin Green is executive research director at the ARC Photovoltaics Centre of Excellence at the University of NSW.

A version of this opinion piece was first published in the Sydney Morning Herald.