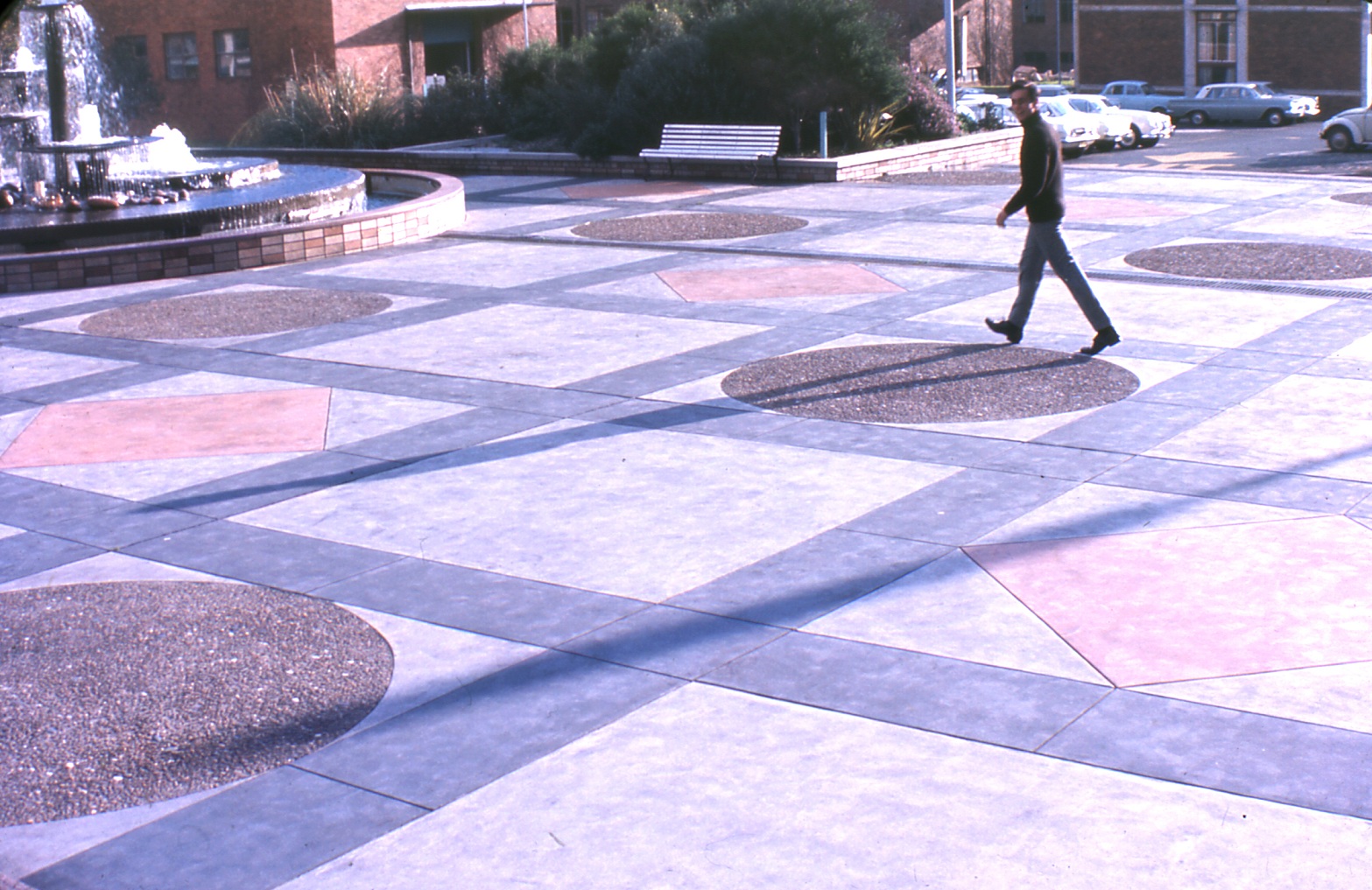 Associate Professor Elias Duek-Cohen was a Built Environment teacher with passion and his own experiences at university bore a strong influence on his style of teaching. He went out of his way to encourage and assist students and his lectures were powerfully visual – he used two projectors with hundreds of slides, something which became his trademark.

Recurring themes for the arrangements of slides included: places and spaces, car parking, axial vista, floorscape and major areas of campus like the Library Lawn, Chancellor’s Court and the Engineering Plaza. Joining BE as Lecturer in Town Planning in 1965, and retiring in 1989 as Associate Professor, he lectured part-time in his retirement and maintains a close connection with BE through his generously endowed Elias Duek-Cohen Prize for Urban Design and the Elias Duek-Cohen Urban Design Award; both of which were awarded at the 2012 Awards & Prizes Ceremony.  His images are now cared for by UNSW Archives and show the UNSW Kensington campus in the 1960-1980s.