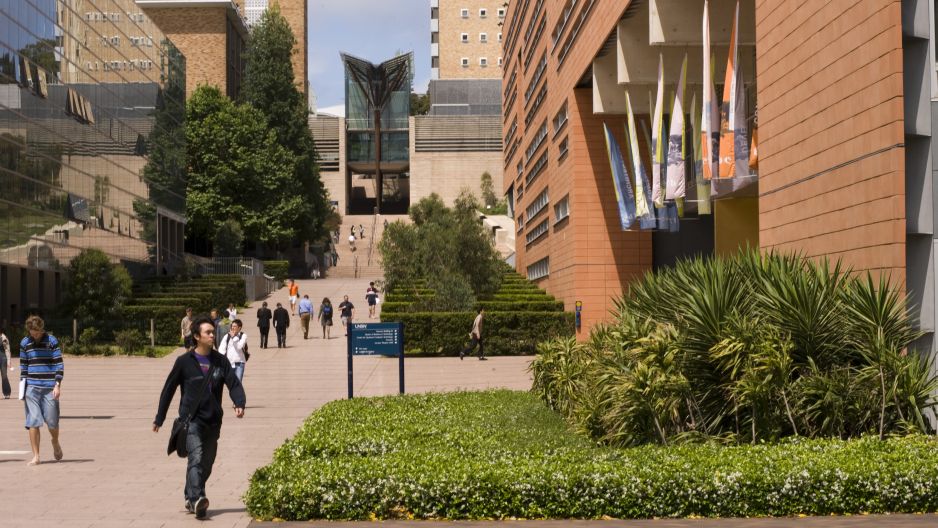 It is with regret that we announce that former Dean of Faculty of Built Environment, Emeritus Professor Eric Daniels passed away quietly, Sunday, July 1, 2012 at home.  Our thoughts go to his family at this time and we reflect with gratitude on the enormous contribution he made to our faculty.

Emeritus Professor Daniels began his architectural studies at the Sydney Technical College in 1941.  His studies were interrupted when he served in the Royal Australian Navy during World War II as a Sub-Lieutenant.  He completed his studies under the Commonwealth Reconstruction Training Scheme and was the first student to be awarded his Diploma in Architecture with Honours in 1950 when the school became part of the fledgling university that was later to become UNSW.  As a part-time student he worked in the Government Architects Office when the Old Main Building of the University was being designed.  After a brief period working in Raglan Squire’s London office, he was appointed Lecturer in Architecture on April 16, 1951.  He was promoted to Associate Professor in 1969 and appointed Professor of Architecture four years later.  He took up the position of Head of School in 1981, proudly proclaiming that it was “the first time the School has an Australian at the helm; the University has surely come of age!”  He became Dean in 1984 and retired in 1985.  Following his retirement, he continued to maintain a strong link to the University, ultimately serving as Mace-Bearer and playing a regular role in Graduation Ceremonies over many years.

In those early years, as was the norm during the 1950’s, Eric split his time between teaching and practice, with a part-time role as an Associate in the architectural office of Colin Smith & Cliff Johnson during late 50’s. His core passion was teaching, perceiving architecture as a “vital part of the overall environment”, and that defined his academic career during those first few decades. He is well-remembered for his innovative design studio programmes, particularly a time during the late 1960’s when he ran 4th Year Design with Milo Dunphy. The brief required the design of relatively modest structures in remote areas of New Guinea and Australia, but using only “indigenous” materials that could be carried in to the site. During 1966, Eric took Sabbatical and had the opportunity to teach in some of the major schools in the US and Britain. He returned from that experience with a fresh vision for architectural education that led to the establishment of the double-degree model consisting of a 3-year BSc (Arch) generalist degree, followed by a compulsory 1 year of practical experience and a final 2-year program of study leading to a BArch. That model took hold, and all those who studied Architecture at any of the Sydney schools during the 1970’s and early 1980’s went through that educational program.

The 1970’s marked the transition of Eric’s career from teaching to more administration and leadership.  As the architect of the new program structure and in his role as a Professor of Architecture, he had the responsibility of administering the teaching program during that decade. This led to his appointment as Head of School when Gareth Roberts “moved upstairs” to become Dean in 1981. During his years as Head, the School went through a period of “liveliness” and renewed vigour, exemplified in the famous Bowral Retreat in 1983 when almost the entire academic staff went away for 2 full days of debate and discussion on how to better integrate our teaching. Those were momentous years for the School.

Eric is remembered very fondly by those who knew him during those years. Most referenced his natural leadership skills, his decisive approach to decision-making (even if you did not agree with him) and his “kindly manner” when dealing with staff.  He was a mentor who always took a lively interest in what staff were doing, even long after his retirement. He is well-remembered for that twinkle in his eye that evidenced a deep sense of humour and someone who enjoyed a rigorous debate where all points of view could be enjoyed and valued. Who could forget that signature bow tie that first appeared on the day he took up the role of Head of School and then became his “badge of office”? He is also remembered for his love of squash: from the mid 1950’s he was a member of the University Squash Club, and was still playing regular bouts with Peter Proudfoot well in to the 1980’s.

Eric’s association with UNSW began as a student while the University was still only a vision, and was to last for almost 60 years when he finally stepped down as Mace-Bearer at the end of 2007. His contribution over that period was profound and his passing leaves us bereft of a great colleague and friend.