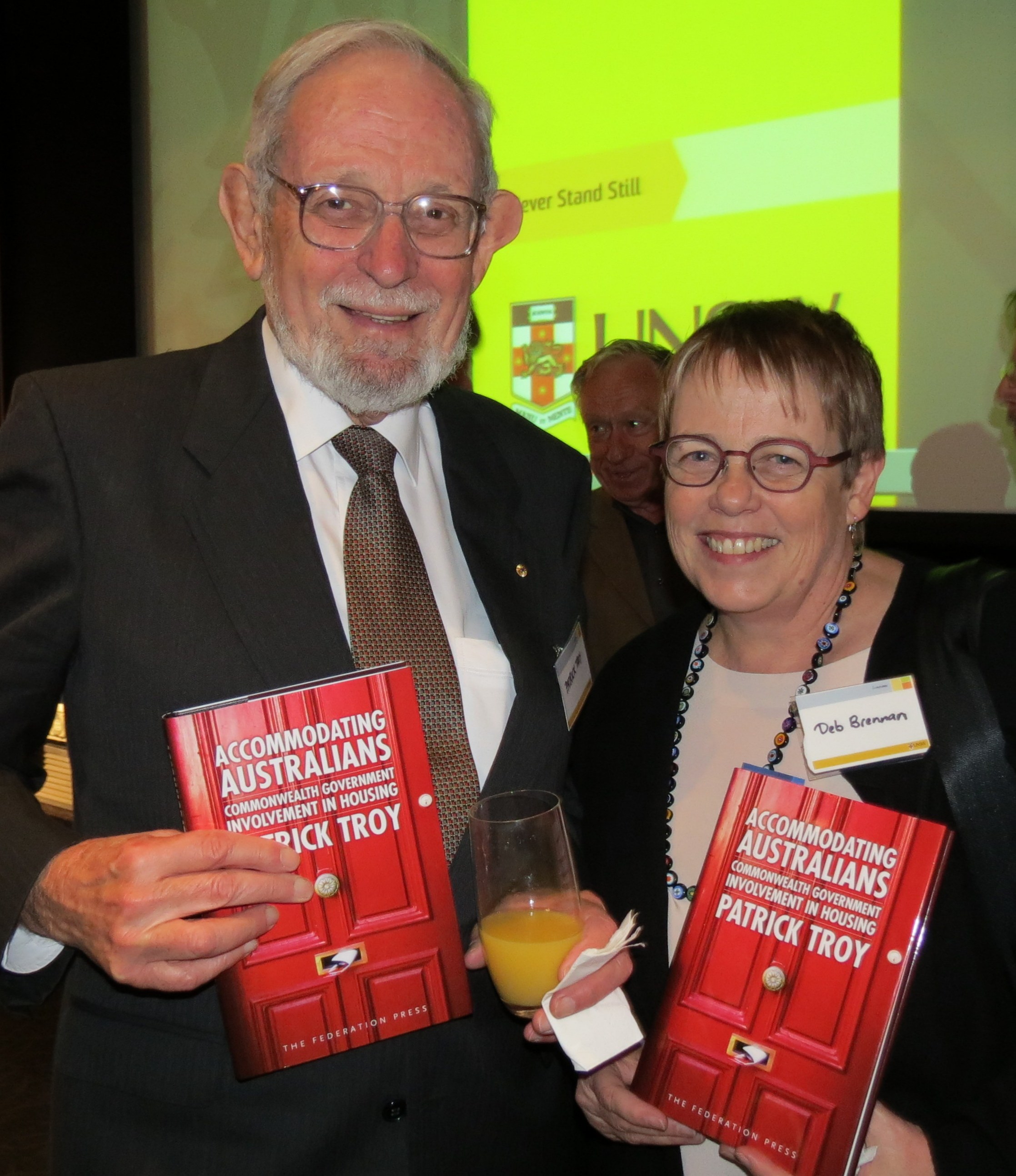 On Wednesday, August 1st, Professor Patrick Troy’s book, titled  Accommodating Australians: Commonwealth Government Involvement in Housing was launched at an event at UNSW. The launch attracted a diverse audience of academics and supporters, demonstrating its relevance and topical nature. Also in attendance was Professor Peter Spearritt, one of Australia’s leading urban historians and an internationally acclaimed speaker on Australian urban affairs.

The book explores the way the Australian Government took stock of the critical situation facing Australia’s housing supply in the middle of a world war and then developed a housing program in the post war period to improve the way they were accommodated, but how that vision became derailed in the following forty years.

Congratulations’ to Professor Troy for the evenings success. Accommodating Australians: Commonwealth Government Involvement in Housing may be purchased via The UNSW Bookshop website: http://www.bookshop.unsw.edu.au.

BE Professor Robert Freestone has recently reviewed the piece, noting it as being an “authoritative, thoughtful and remarkably nuanced account of the Commonwealth’s role in housing policy since the 1940s.”