With few Australians conforming strictly to the traditional 9 to 5 working day, now is the time to recalibrate to a new time system, argues Stuart Khan. 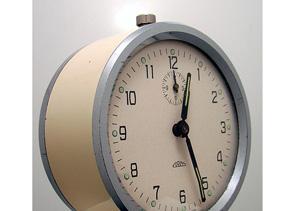 OPINION: Australia gave up years ago on the prehistoric systems of gallons, miles and pounds. But like the rest of the world, we cling like apes to hours, minutes and seconds.

What fundamental law of the universe says we must divide our days into 24 equal parts? And then why must we divide these parts by 60 and then 60 again?

I hereby declare our anachronistic “diurnal” time system broken and in need of urgent repair. Life in the 21st century is complex enough without requiring awkward mental divisions for what should be simple calculations of everyday relevance.

At this stage I should probably point out that, as a senior lecturer in Environmental Engineering, I’m no expert in time, although it does dictate much of my life. And no, in case you’re wondering, I don’t own shares in an experimental watch factory.

So, with that cleared up, who can tell me, without the aid of a supercomputer, how much I will earn if I work for three hours and 50 minutes at an hourly rate of $10?

When you’re done with that, let me know how much water I will waste in a day if my toilet leaks 2ml per minute. And how far will a rocket travel in one day if it’s travelling at a speed of 16km/s?

To simplify these questions, I propose we update to a decimal time system.

A decimal day would reduce the mental gymnastics to simply sliding a decimal point. Future primary school graduates could answer the questions above in around 10 microdays flat.

They would tell you that 3.8 decidays work at $10 per deciday earns you $38. They would know almost intuitively that a toilet leaking 2ml a milliday is going to lose two litres every day.

Digital watches would be reprogrammed to provide decimal times such as 8.7.2 – that is, eight decidays, seven centidays and two millidays (about 8:56pm in the old system). Mechanical clocks would run at half the current speed with the digits 0 to 9 evenly spaced around the clock face.

With few Australians conforming strictly to the traditional 9-5 working day, now is the time to recalibrate to a new system.

The working day could become three decidays with a centiday break for morning tea and four centidays for lunch. It would take about a milliday to boil the jug for coffee. The definition of a late train could be re-jigged without anyone noticing.

While we’re at it, we should take the opportunity to abolish international time zones and simply accept the fact that people in different places work, sleep and play during different decidays according to their longitude.

Decimal time is not a recent concept. In fact it was briefly adopted during the French Revolution. Decimal clocks and watches were manufactured, but the French deciday was sadly revoked after less than two years of service.

As with previous conversions to decimal systems, the deciday will again have its detractors. I expect that older generations will continue to work with the old system and the middle generation will just learn to convert.

But younger generations will appreciate our efforts and wonder how we managed to live with the cumbersome old system for so long.

The final hour of the hour must surely be nigh. We could look to a future where a “minute” is but a record of meeting and a “second” is an electoral result with no prize (sorry Mr Romney!).

The natural enemies of high school physics students and home accountants could be a thing of the past. In my view, we should fix time before we let another nanoday slip by.

Dr Stuart Khan is a Senior Lecturer in the School of Civil and Environmental Engineering.