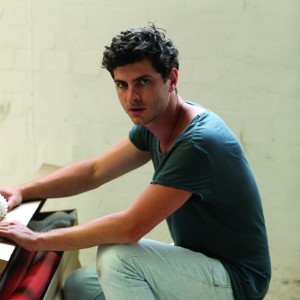 This year the QANTAS Spirit of Youth Awards (SOYA), the leading award for Australia's best emerging young artists and designers introduced a new category Architecture & Interior Design. The category has now been judged and BE Architecture and Interior Architecture students were very successful.

Tomek Archer, a recent Master of Architecture graduate was chosen as this year’s inaugural winner from over 100 young Australian designers who submitted projects.

Tomek received $5000, a return trip to Barcelona and a year -long mentorship with Brian Zulaikha, director of renowned architectural practice,Tonkin Zulaikha and Greer.

The People’s Choice in the Architecture & Design Category was also awarded to a BE graduate. Jessica Lemeray (BIA) was awarded for her project titled Digitalism.  This project aims to redefine the way in which film, art, music and high fashion can be communicated live to an international audience.