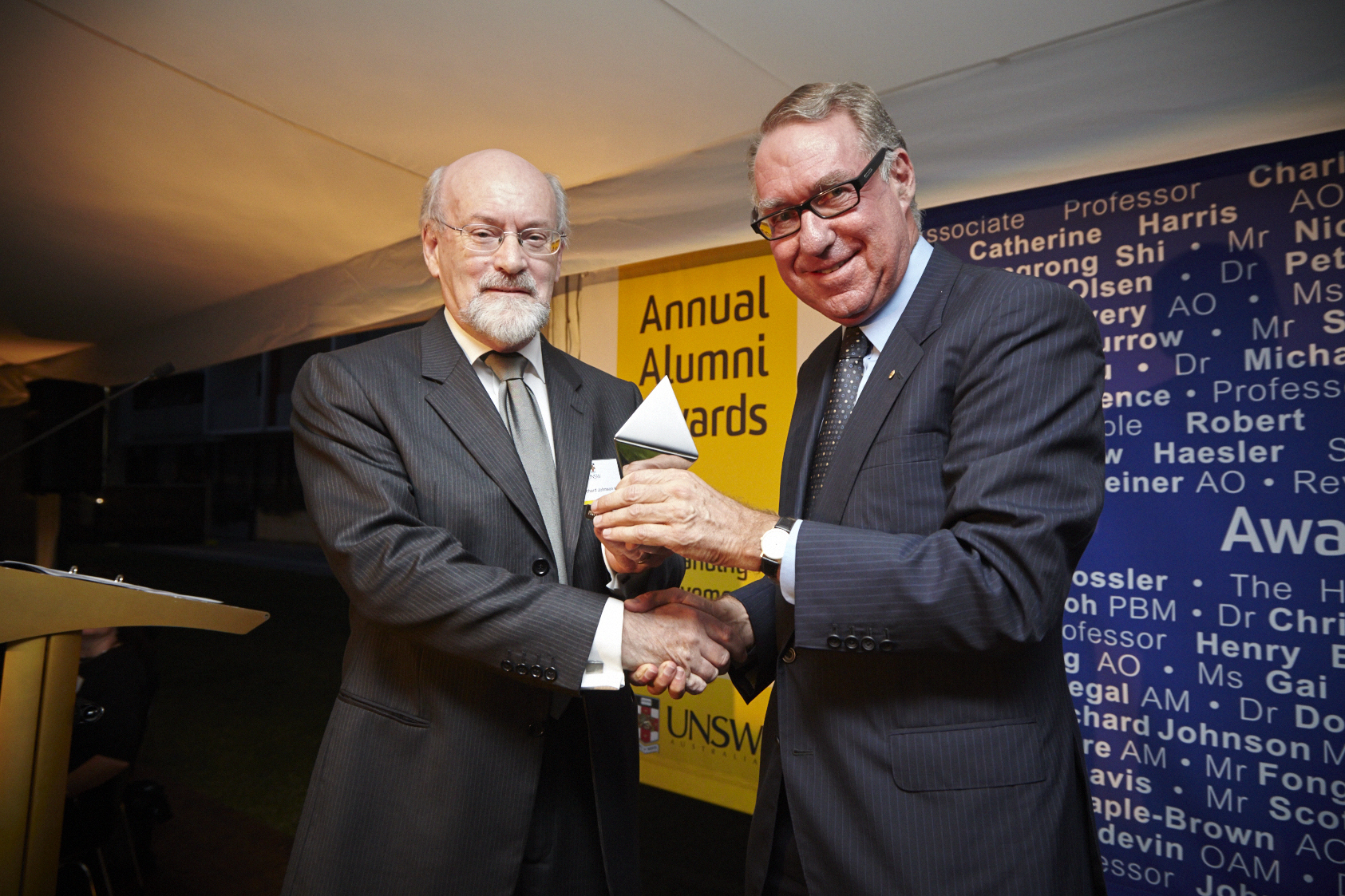 On Tuesday 19 March, BE alumnus Richard Johnson MBE (BArch 1969) was presented with the Arts & Design category prize at the 2013 UNSW Alumni Awards for Achievement.  The Awards recognise former students who have achieved distinction in their field of endeavour and this year's event was held in a marquee on the first patch of lawn for the UNSW Alumni Park at our Kensington Campus.  During the proceedings, Chancellor David Gonski announced that Richard’s firm, Johnson Pilton Walker Architects (JPW), had won the competition for the design of Alumni Park.  A double congratulations to Richard on his success.

Richard has worked both nationally and internationally with projects varying from pavilions at world expos, to detailed museum and museum/gallery exhibition design, embassies, schools, office buildings, hotels and a range of master planning and urban design, landscape design and architectural projects - all involving exceptional design solutions.

He studied Architecture at UNSW, graduating with 1st Class Honours in 1969 and was admitted to the degree of Master of Philosophy following study in town planning and urban design at University College London.  In 1976 he was made a Member of the Order of the British Empire for services to Architecture and was awarded the RAIA Gold Medal in 2008 for his exceptional body of work and contribution to the profession.  In 2012, Richard was awarded the Life Fellowship of the Australian Institute of Architects.

This is the second time a BE alumnus has won the Award in the Arts & Design category, with Glenn Murcutt AO (DipArch 1962, HonDSc 1995) being the recat the previous ceremony in 2011.