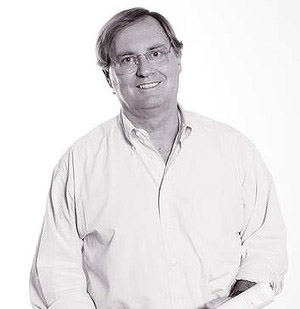 BE alumnus Reg Smith (BArch 1971) was an architect, designer and master planner who designed or had a hand in a large number of buildings in Sydney.

Among his works are two of Australia's outstanding medium-density mixed developments, Moore Park Gardens and The Hudson in Alexandria, as well as Balgowlah Village, Bullecourt Place in Ultimo, Pavilions on the Park in St Leonards and Motto in Erskineville.

From his early days, Reg saw life in three dimensions. He had a passion for things on a grand scale: big ideas, large buildings, complex design problems, multidisciplinary design teams, long-lasting friendships, big dinners and trips to hard-to-reach locations - the larger and more complex the brief or challenge, the more he liked it.

In a career of more than 40 years, Reg was the guiding hand behind a range of buildings and building types, many of which won awards and which are now home to thousands of Sydneysiders. He was a fine architect, and a generous and inspiring colleague, a wise counsel to his clients and consultants, and an admired mentor within Allen Jack+Cottier, the firm of which he was a principal from 1976, and in the profession generally.

Reg had an excellent eye for the possibilities of a site, was quick to see the potential in new ideas and technology, and was one of the first architects of his generation to realise the importance of incorporating a sense of community and sustainability into multi-residential and mixed-use buildings. He worked tirelessly on every project and enjoyed inspiring younger colleagues.

''Essentially, architecture is the greatest team profession I know,'' he used to say. ''One person does not produce a building - it's a collective effort, where the rapport among colleagues produces a better outcome.''

Architecture is a profession marked by long hours, continual deadlines and often intense stress. However, Smith rarely seemed to lose his temper. Those in his orbit, professionally and personally, found him unfailingly energetic, cheerful, full of ideas and always ready to contribute.

His colleagues at Allen Jack + Cottier called him a ''one-man architectural engine room''.

Reginald James Smith was born in the Royal North Shore Hospital on July 25, 1945, the first of three children of Ron Smith, a baker and pastrycook, and his wife, Irene (nee Batson), a frustrated artist who encouraged her children in the creative pursuits she had been unable to follow herself.

The family moved around from Brookvale to Seaforth to Dee Why, and eventually settled in Bronte, where Ron had a cake shop. At 10, Reg arrived home from primary school to announce he was going to be an architect. He was already good at drawing and making things.

He went on to Randwick Boys High School, where he was a prefect and took his Leaving Certificate in 1962. He was a good surfer, swimmer and sailor, and he joined a local baseball team, tackling the sport with the same energy and enthusiasm with which he approached most things in his life.

Throughout his teenage years, Reg's passion for architecture and design was never far from the surface. He would regularly drop into his sister's studio above the cake shop to ask if she wanted to go for a drive and look at buildings with him. The pair spent many night hours driving around Sydney critiquing houses, office buildings and all forms of architecture, a practice Reg continued later with his wife throughout their 38-year marriage.

He began studying architecture part time at the University of NSW in 1963 and graduated in 1971. He was recognised in his student days for his great enthusiasm and dedication to the study of design and architecture, traits that continued throughout his life. His penchant for sport and adventure continued - during his university days he discovered skiing and would do a mad dash to Thredbo for a weekend of skiing.

During this time, Reg was avidly studying and reading books on the work of Le Corbusier, Walter Gropius and Louis Kahn.

Then, while he was studying and working at the same time, he was called up for national service. To his relief, this was deferred and he continued to work towards his degree. After graduating, Reg travelled overseas for several months, working briefly in London and visiting Paris and Milan to again immerse himself in architecture.

On his return to Australia, Reg was employed by the North Sydney architecture practice of Collard Clarke and Jackson, where he met Sheila Hunt. He worked on a series of commercial office buildings, which included, during his tenure at Harry Seidler & Associates, the MLC development in Martin Place.

Reg and Sheila married in 1974, the year he joined the architectural practice of Allen Jack+Cottier. He became a director in 1976 and quickly established a reputation for mixed developments.

His many passions outside work included travel and sailing. Among his close friends, his unofficial title was ''director of holidays'', particularly to obscure places. He and Sheila were always off on a new travel adventure, together or with friends, and they had only recently returned from Bhutan, Iran and Oman before he died.

Reg loved people and being with people. He was relaxed in all situations and tried to make others feel equally at ease, whether in his home or in other people's.

Above all, Reg loved life, revelling in his family, architecture, travel, people and animals, and everything else the world brought him.

Reg Smith is survived by Sheila and their daughter, Catherine, and by the many buildings around Sydney and elsewhere that he conceived and brought to life.