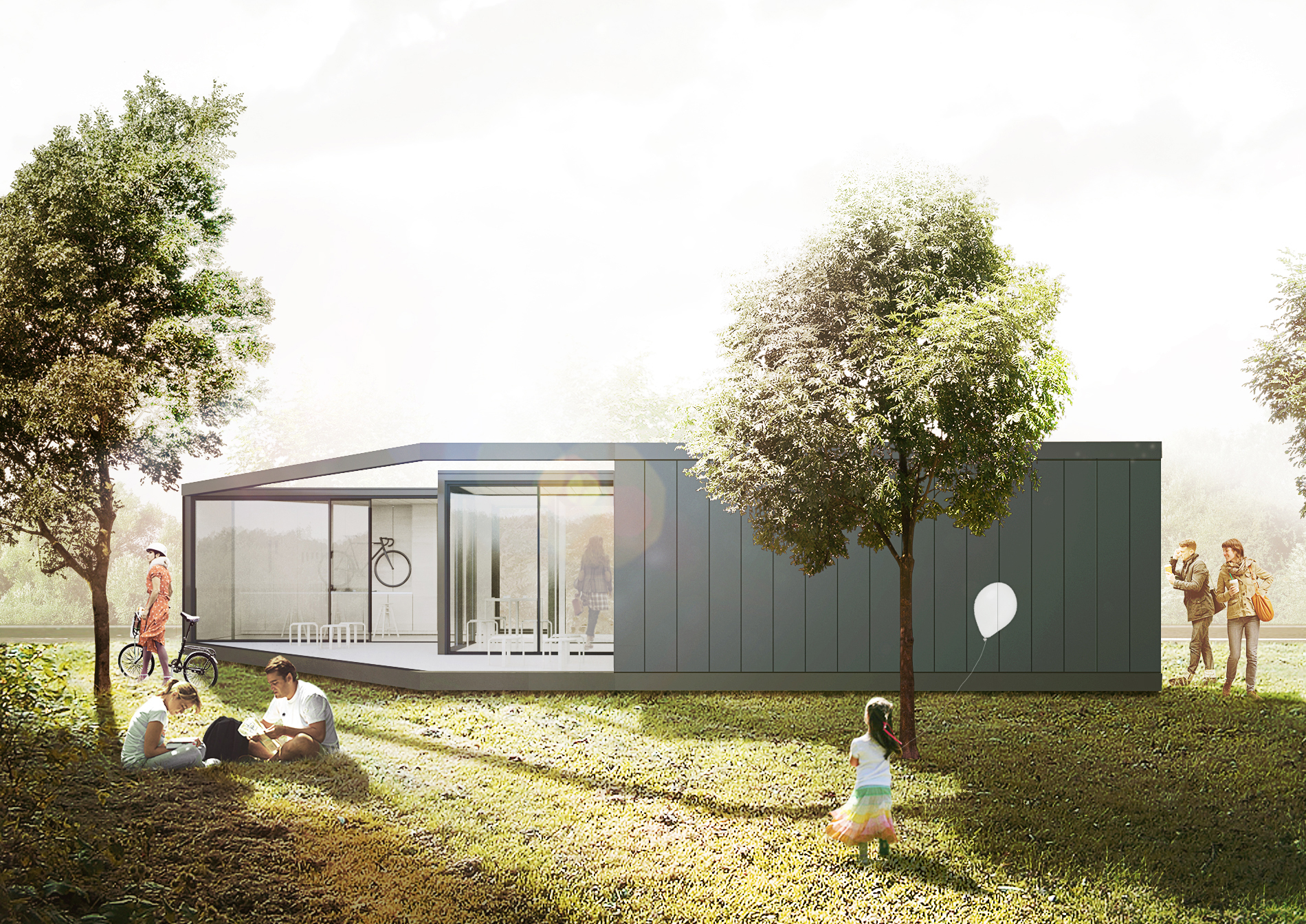 This year's theme of the architectural building is a self-sufficient Bike Base designed as a sustainable building consisting of a maximum of three modular units. It has to connect the following components through its form and purpose:

Manus and Kacper's submission SHIFT was declared first place winner.  Their plan is to build the bicycle hub on the north artery of the city centre and situate it in opposing conditions: between a four-to six lane road heavily burdened by traffic and a lush greenery landscape.   The design is driven by the relationship of the surrounding conditions and serves as a threshold between the busy road and the intimate landscape.  All containers will be on the same level in order to allow for maximum floor area and easy access for cyclists. This maximises the amount of internal space and available roof surface area to collect rain water and solar energy.

SHIFT will be built by Trimo in Ljubljana, the capital of Slovenia.  Manus and Kacper are in the early stages of further developing the design construction and will also receive a scholarship for a summer course at London School of Architecture.

Congratulations to Manus and Kacper!  We look forward to seeing your design realised.