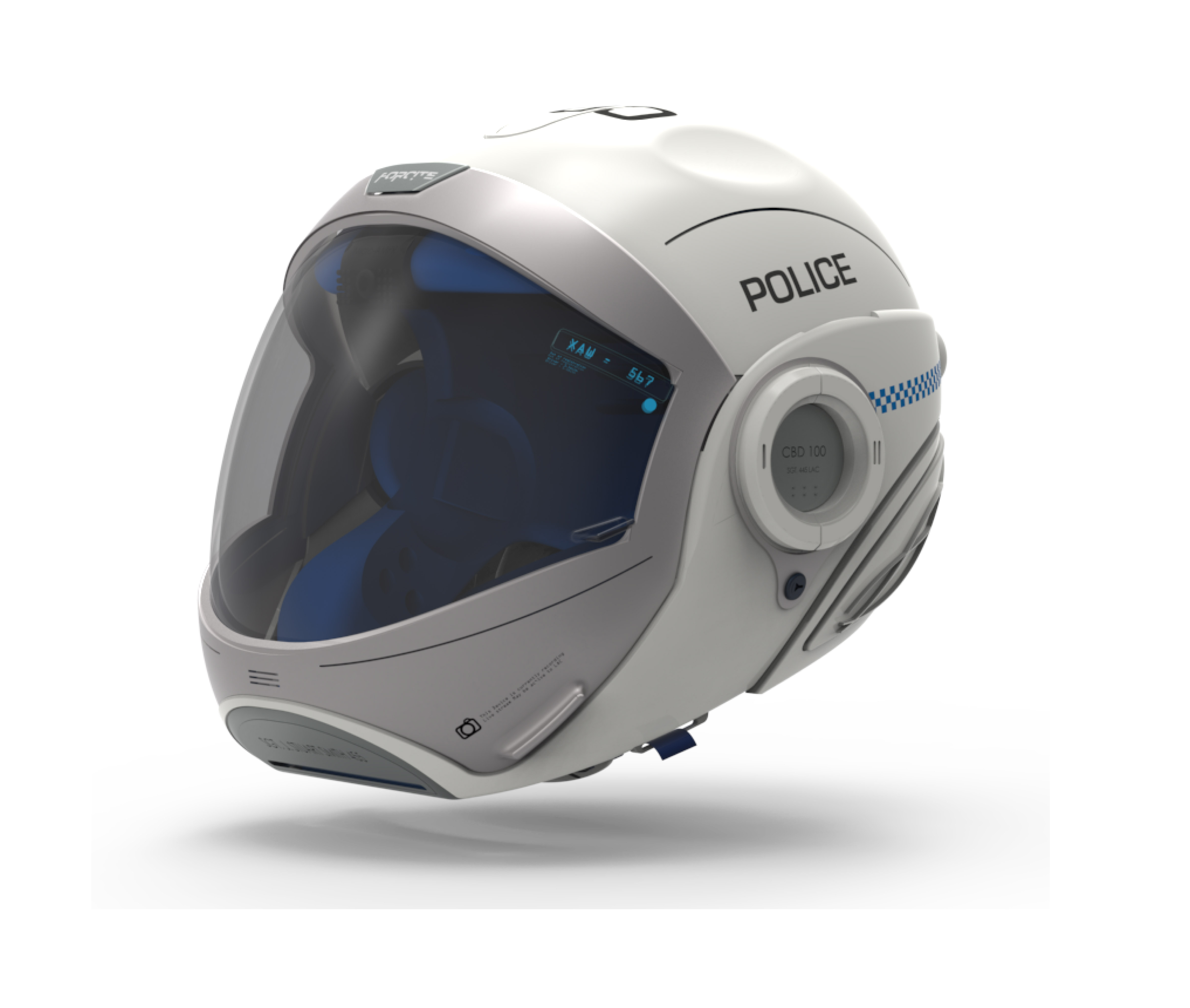 A real-life RoboCop is one step closer to reality thanks to 23-year-old UNSW design student Alfred Boyadgis. Boyadgis has designed a high-tech helmet for motorcycle officers that displays information in the visor and combines a number of vital technologies that are currently only available at arm's length.

The helmet is designed to improve response times in emergencies and save lives. It has already attracted interest from the Chief of Police in Coral Gables in the US state of Florida, who wants to test it in the field and sees potential for tactic response deployment as well.

Mr Boyadgis says he is also in talks with the NSW Police Traffic and Highway Patrol Command.

"The way that helmets are designed at the moment is quite archaic," Mr Boyadgis said. "There's no direct electronics in there and, if you think about it, everyone has a smartphone, and all the luxuries of smart technology aren't with riders. They're still using strap-on GPSs and they have no ability to communicate with each other in a safe manner with something that's integrated."

Named Forcite, his helmet includes a "heads-up" display that shows critical information in front of the wearer's eyes, delivers turn-by-turn GPS by voice, and links to the automatic number-plate recognition system used by police, which identifies vehicle registration details and checks if there are any infringements.

"This is stuff that officers need to know right there, on the go, using an automatic number plate recognition system. For example, an officer would stare at a numberplate for more than five seconds and it would automatically ... show if that person has an unregistered vehicle, if they're a potential criminal [or] if they're wanted for something," he said.

An automatic radio channel and frequency tuner is also built into the helmet, allowing an officer to talk to the local area command, a nearby hospital for ambulance assistance or the fire brigade. Another system can send live video footage to the officer's police station.

The Forcite helmet on display at UNSW. Photo: Ben Grubb

The helmet also has a semi-modular visor system, which can help increase vision and impact safety by more than 65 per cent, according to Mr Boyadgis.

He said helmets, as used today, were made incorrectly. "If you consider wearing a styrofoam cup on your head as something that you would run around with to protect yourself, then yes, I think [they are designed wrong]. There's nothing [currently available] with active materials that actually absorb this impact and displace it properly in a lightweight, ergonomic fashion."

Forcite uses a material called D3 polyurethane to make them safer, he said.

Mr Boyadgis is currently doing honours in industrial design at the University of NSW. He designed a prototype of the Forcite for his major work last year.

It was featured at UNSW's LuminoCITY design exhibition in November and is now on display at the Red Dot Design Museum in Singapore as part of the Red Dot Design Awards, where it has been shortlisted into the top 30 out of 300,000 entries. The winners will be announced in October.
The design is also in the running for the James Dyson Award, which celebrates ingenuity, creativity and sustainable engineering.

The design allows for optimal viewing.

He said he designed the helmet after talking with officers who complained about a number of issues, including strain to the back of the neck as a result of "constantly looking into cars from their helmet", he said.

"Their communications systems were hard and complicated to use under emergency scenarios - and they didn't have enough channels to properly control the scenarios which were happening inside city tunnels and places where there's not much frequency.

"So the ultimate solution was to combine all of these things into the helmet."

Once Mr Boyadgis commercialises the Forcite — he estimates he will need about $1.5 million to do so — he says it could be sold for about $790, which he said is about $100 more than the high-range premium Japanese-made Shoei helmets. Those helmets, he said, don't offer any of the technology features his Forcite helmet does.
"It's probably about a year off from being an actual, viable prototype," Mr Boyadgis said.

Dennis Weiner, the Chief of Police in Coral Gables, told Fairfax Media in an email that he was interested in field testing the helmet.

"As designed, this helmet offers significant additional capabilities to the motor officer. Besides improved radio communications delivery, it also provides for two-way flow of data between the communications centre and the officer."

He added: "The video capture is a great benefit for situational awareness for the command element in terms of understanding the officer's resource requirements, as well as monitoring officer safety issues. We could also see an application of this design for tactical unit use."

NSW Police Traffic and Highway Patrol was also interested, Mr Boyadgis said. The agency was contacted for comment but hadn't responded at the time of publication.