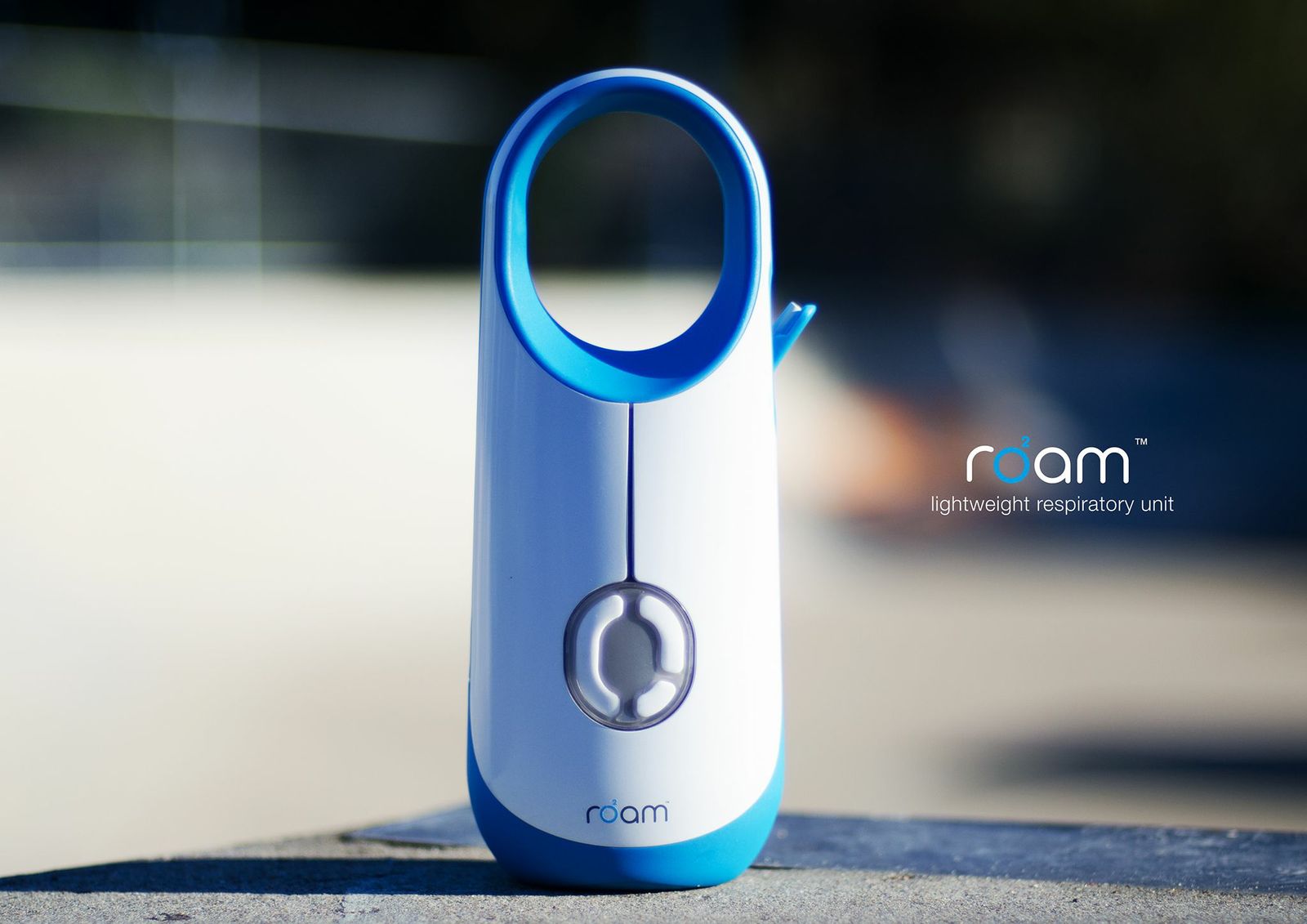 ShanShan Wang, BE Industrial Design student, along with Alfred Boyadgis, has been selected as a winner of a prestigious Red Dot Award. Her design, ‘Roam’ a lightweight Oxygen Cylinder won in the ‘Life Science’ category of the Design Concept Awards. Her design was judged on its aesthetic quality, functionality, ecological compatibility, realisation possibility, emotional content and degree of innovation.

Roam is a humanised oxygen cylinder, designed and developed for ease of use and travel mobility. It includes an innovative nasal mask that gently rests on the user’s face as oxygen is inhaled. It is a small, lightweight unit created for young children in case of a sudden severe asthmatic attack.

The idea for Roam came after ShanShan’s research into oxygen therapy revealed that traditionally it only targeted adults and was vastly outdated. According to ShanShan’s research, products designed specifically for children were non-existent. She noted that current oxygen cylinders were large and heavy, restricted in movement and were difficult to use and maintain.

Roam was developed over a 12 week period with the help of respiratory staff and patients at St Vincent’s Hospital. The newly designed silicon nasal mask creates a vacuum environment that prevents external germs or infections from entering. It has been ergonomically tested on children and has been developed to provide better comfort. Roam is 45% lighter than conventional tanks, has an easily replaceable oxygen cylinder and has a stable and safe outer casing. Roam also features a digitalised interface created to be self-intuitive and easy to use.

ShanShan’s design has also received recognition as a finalist at the International Design Excellence Awards and UNSW Startup Games.

ShanShan will travel with Alfred Boyadgis to accept their prizes at the official prize ceremony in Singapore on 25 October.

Congratulations to ShanShan on her win!