There is a hole in the Australian public administration where a space agency should be, writes Andrew Dempster. 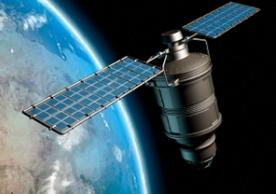 OPINION: There is a hole in the Australian public administration where a space agency should be. That was the clear lesson from the Australian Space Research Program (ASRP) project delivered at the end of June this year.

In 2008, the Australian Senate Standing Committee on Economics produced a report called Lost in Space – Setting a new direction for Australia’s space science and industry sector. It noted Australia was the only Organisation for Economic Co-operation and Development (OECD) country to lack a space agency and it clearly and unambiguously called for its establishment.

What was established was the Space Policy Unit in 2009, which administered the Australian Space Research Program with A$40 million over three years.

The Space Policy Unit also produced the federal government’s Satellite Utilisation Policy, released this year on April 9 – a policy in which there is no money committed, no space agency and no space program.

An international project, led by the Australian Centre for Space Engineering Research and funded by the ASRP, investigated a synthetic aperture radar satellite mission to monitor soil moisture in Australia.

We produced thousands of pages of technical reports, some even accessible to non-engineers.

Time and again throughout the project, the need for a space agency was confirmed. Here are ten reasons why.

1. To establish how satellites can solve Australia’s problems

Initially, we looked at how a synthetic aperture radar satellite system could help with some of Australia’s environmental and primary industry issues.

This posited the problem the wrong way around. Rather than ask “how can satellites help solve this problem?” we asked “which problems can this satellite system solve?”

The role of pulling together stakeholders and providers is one that should rest with an agency, but in its absence, we had to engage directly with stakeholders ourselves.

Many stakeholders did not want to waste time on a university researcher, whereas if they were dealing with an agency tasked with solving their problem, their response would likely have been much more positive.

2. To lead the development of satellite programs identified as useful

Our satellite project produced an implementation case, showing how Australia could develop such a satellite, but there is no body in the government that can take this idea and make it happen.

Unfortunately, pushing that case falls back onto us.

3. To be a technically informed customer representing the government

The Space Policy Unit was rightly concerned that it took us more than a year to converge on the soil moisture monitoring satellite project.

Their concern was due to a failure of communication: we had not kept them fully informed of the reasons for the process.

They also did not have technical people with whom to discuss these matters. They are by definition policy people, and handle that job well. My project team delivered 75 technical reports, with a final report of 1,300 pages. We received no technical feedback.

This lack of technical expertise is the hole in the administration that I am talking about. It was discussed at the community consultation over the policy.

Overseas space people have approached us regarding space missions, with specific requests not to talk to policy people (see point 6).

Because it cannot deal with such requests, the Space Policy Unit has said they would be passed on to Geoscience Australia, CSIRO or the Bureau of Meteorology, agencies that are world-class at “satellite utilisation” but are largely unqualified in “space”.

There is no one in Australia dedicated to finding satellite solutions to Australia’s problems.

5. To drag Australia out of its “freeloader” approach to satellite utilisation

The industry launch of the policy at the Space Industry Association of Australia (SIAA) on May 14 this year was a shock to me. Rather than respond to the policy itself, the audience got bogged down in fretting about whether Australia would still have access to free data from the recession-hit countries that give it to us.

Developed countries don’t behave this way (well, only one does): a developed country designs its own satellites to solve its own problems.

6. To allow Australia to communicate with international agencies at a technical level

I attended the Spacecraft Formation Flying Missions and Technologies conferencein 2011 and offered to host it in 2015.

No-one on the conference committee – representative of their country’s space agency – could work out how I – as a potential host – could represent Australia’s space agency, given we didn’t have one.

This small example shows what expectations other countries have of us, and how we fail to meet those expectations.

7. To fill the gap in technical responsibilities in space

The agencies of Canada and the UK are good models for Australia. Their organisation structure charts clearly show what is missing from Australia’s space administration.

8. To guide Australia to what it can do in space, rather than what it won’t do

One thing Australia’s Satellite Utilisation Policy is clear on is it:

does not commit Australia to human spaceflight, domestic launch capabilities or to the exploration of other planets.

So no “exploration” directorate, then. Fine.

But the space science and technology directorate is something we should aspire to. Combine it with the Space Policy Unit, and you have a space agency – not too hard to imagine.

In 2009, the Australian Space Research Program committed A$40 million to 14 projects over three years – so A$10-15 million a year, ending in June 2013. That is now reduced to zero, with no further funding commited to space for the next few years.

Australia doesn’t need that level of funding to maintain a viable space program, as we have noted before, but consistent support is essential for a small sector to flourish.

10. To ensure our very best young engineers are not forced to go overseas if they want to pursue their ambitions in space

An agency also allows goals to be set such as that of the UK space agency:

A clear message with vision, ambition, is quantifiable, and allows a flow down to lower-level goals, giving its industry the confidence to invest.

The absolute best Australian students are being attracted to space at the undergraduate level, and goals like that will provide them with somewhere to work – here.

So there are plenty of reasons to establish a space agency – otherwise, Australia will remain “lost in space”.

Professor Andrew Dempster is Director of the Australian Centre for Space Engineering Research at UNSW.