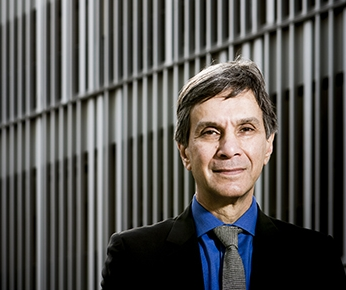 FBE Dean Alec Tzannes has put his stamp on a new curriculum that gives architecture and design students a perspective that transcends borders. By Susi Hamilton.

Sonal Kemkar is used to rubbing shoulders with some of the most powerful politicians in the US, including big city mayors and White House staff.

But she counts her teachers from UNSW’s Faculty of Built Environment (FBE) as some of her most significant influences.

It was Scientia Professor Deo Prasad’s international reputation on sustainable buildings, cities and energy that drew the American engineer, who is now responsible for overseeing green building policy, to Sydney.

“What I enjoyed most about UNSW was the globally relevant staff,” says Kemkar, who graduated with a Master of Built Environment (Sustainable Development) in 2008. “These were professors I could use as mentors.”

In five short years, she went from working as a sustainability consultant at the United Nations Environment Program in Bangkok to working with the White House Council on Environmental Quality.

And those relationships she fostered at UNSW have continued to grow: former FBE senior lecturer Peter Graham’s career trajectory has crossed hers at a think-tank based in Washington DC.

“Our team was able to meet with my professor from Australia and his work was relevant for leading energy experts at the White House Council,” says the 30-year-old, who also helped formulate policy about green buildings and climate change for New York City.

“My Masters helped me transition as an engineer building green buildings to writing policy that affects the energy use of a whole city,” she says.

To continue to give graduates like Kemkar the edge, the FBE has established two new schools with a global focus.

The Master of Built Environment (Sustainable Development), which Kemkar studied, is now part of the Australian Graduate School of Urbanism, which has been established to develop leadership skills and interdisciplinary knowledge for early to mid-career professionals. Its courses are further enhanced by research undertaken at the associated Cooperative Research Centre for Low Carbon Living.

“The problems facing our cities and built environment have changed and become global ones, largely about governance, strategic investment, sustainability, planning and design. We want our undergraduate and postgraduate courses to reflect these challenges,” says FBE Dean Professor Alec Tzannes.

Scholar, media columnist and critic Dr Elizabeth Farrelly is teaching Writing the City, which was introduced, says Tzannes, “because we want to raise the public profile of urban-design issues”.

“We think that’s one way to contribute to improved public discussions and political relevance for built environment issues,” he adds.

A second school, the Australian School of Architecture and Design, has also been established, which will offer students a choice between the existing Bachelor of Architecture or a new dual degree jointly taught with Shanghai’s Tongji University.

Students who select the second option will be taught in English and will split their study time between the campuses, affording them a different learning and life experience.

They will be awarded two testamurs upon graduating – one from each institution. A postgraduate degree in architecture is also under development to provide graduates with the opportunity to register for practice in both countries.

“Architecture and design transcends national boundaries,” says Tzannes. “We have to train people with a bigger perspective.”