Why there’s no Pepsi® in cyberspace

Online, businesses are fuelled by economic forces that favour the creation of superstars at the expense of all but the smallest of niche rivals, writes Paul McCarthy. 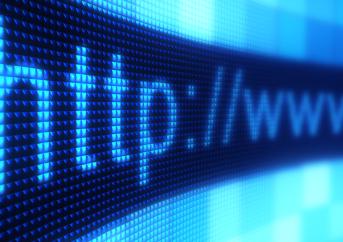 OPINION: In most industries today global competition thrives. And typically within each market in each industry there are leaders, challengers and often multiple niche players who can all eke out a good living. For example in the non-alcoholic beverage business, market leaders Coca-Cola and Pepsi have competed vigorously for more than a century. Despite this, both continue to be very profitable global enterprises, each with a market value of more than US$100 billion.

But in online global markets, the picture is quite different. For example, in the market for social media, one company, MySpace was the clear global leader in 2006 until its rival Facebook gained momentum and overtook it in less than two years. Once ahead Facebook went on to vanquish its rival and command almost complete control of the entire category, creating the first and only US$100 billion player in social media.

Online, businesses are fuelled by a different set of economic forces than those that exist purely offline. I call these forces “online gravity” – not unlike the forces that led to the formation of our solar system. These forces favour the creation of planet-like superstructures with lots of white space in-between.

This is not an entirely new idea and anyone who has been working in the technology world will know it intuitively. Harvard Business Review executive editor Justin Fox has written of The Web’s New Monopolists, echoing some of the issues highlighted in The Economist’s Survival of the Biggest. As more and more traditional industries such as media, travel, photography, and music are steadily consumed and transformed by online services, more and more of the world is coming under the spell of online gravity.

In 1996 economist Brian Arthur published an article in the Harvard Business Review arguing many new knowledge-intensive industries, especially those involving advanced technology have a tendency to produce special rewards for the market leaders. These rewards that flow to both consumers and producers emerge as standards are set and as the market share of the leader increases.

The more market share the leader gains, the more the benefits flow and hence you end up with a natural tendency towards monopolies in these markets governed by what Arthur calls “increasing returns”.

Once momentum is established and as more and more customers are drawn to the leading player the offer becomes more valuable and more difficult for rivals to challenge. Eventually the leader goes on to dominate or monopolise that category at the expense of all but the smallest of niche rivals.

This contrasts to “traditional” industries, say for example in car manufacturing where there’s room and indeed drivers for a number of global players to compete. That’s because most traditional industries are subject to diminishing returns where, beyond a certain point, there are increased costs and diminishing benefits for competitors to take further market share from their competitors. In these industries, happily this leads to competition naturally flourishing.

One clear example of “increasing returns” Arthur gives is that of the home VCR market where two standards emerged at the same time – VHS and Beta. For about a year, when the market for VCRs was just beginning it was neck and neck until VHS for a number of reasons – planning, strategy and plain good luck – emerged slightly ahead. Then as more people had VHS machines, more video rental stores would stock larger ranges of rental tapes. Also, because people could only share tapes with family and friends who had the same kind of machine it became more and more valuable to have a VHS machine. And so the market moved quickly to one of total domination by one standard or “platform”.

Famously, the Beta videotape standard was thought by pundits to be technically superior. Whether it was or wasn’t remains irrelevant – the lesson is that while Sony’s Beta format was first to market in 1975, by 1978 JVC’s rival VHS format had overtaken and by 1989 VHS had achieved such market dominance that Sony’s Beta format wasn’t able to survive – even as a niche player.

Microsoft also experienced the good fortune of increasing returns in the PC operating system market. Firstly with DOS, their maiden product and later with Windows and Windows-based applications including Word, Excel, and Powerpoint. Indeed, Brian Arthur’s theories were brought to bear on the antitrust (anti-monopoly) case that was brought upon Microsoft in the 1990s by the United States government. Brian Arthur maintains increasing returns applies in “knowledge-based” industries.

In the internet-powered global digital economy, all businesses are knowledge-based and involve the sharing of rich information in particular formats and standards. Netscape founder Marc Andreesson has written of how software is “eating” traditional industries, describing how various online businesses have completely annihilated their incumbent offline rivals like Amazon vs Borders and Netflix vs Blockbuster.

Online gravity loves big winners. And increasing returns is like high-octane fuel or perhaps aviation gas that is further accelerating the formation of new superstar companies on the one hand, while simultaneously completely decimating their foes and traditional economy rivals.

Online gravity is transforming many of our industries and warrants close attention and further study by government policy makers and business leaders alike.

Paul McCarthy is an Adjunct Professor in the School of Computer Science and Engineering, UNSW.