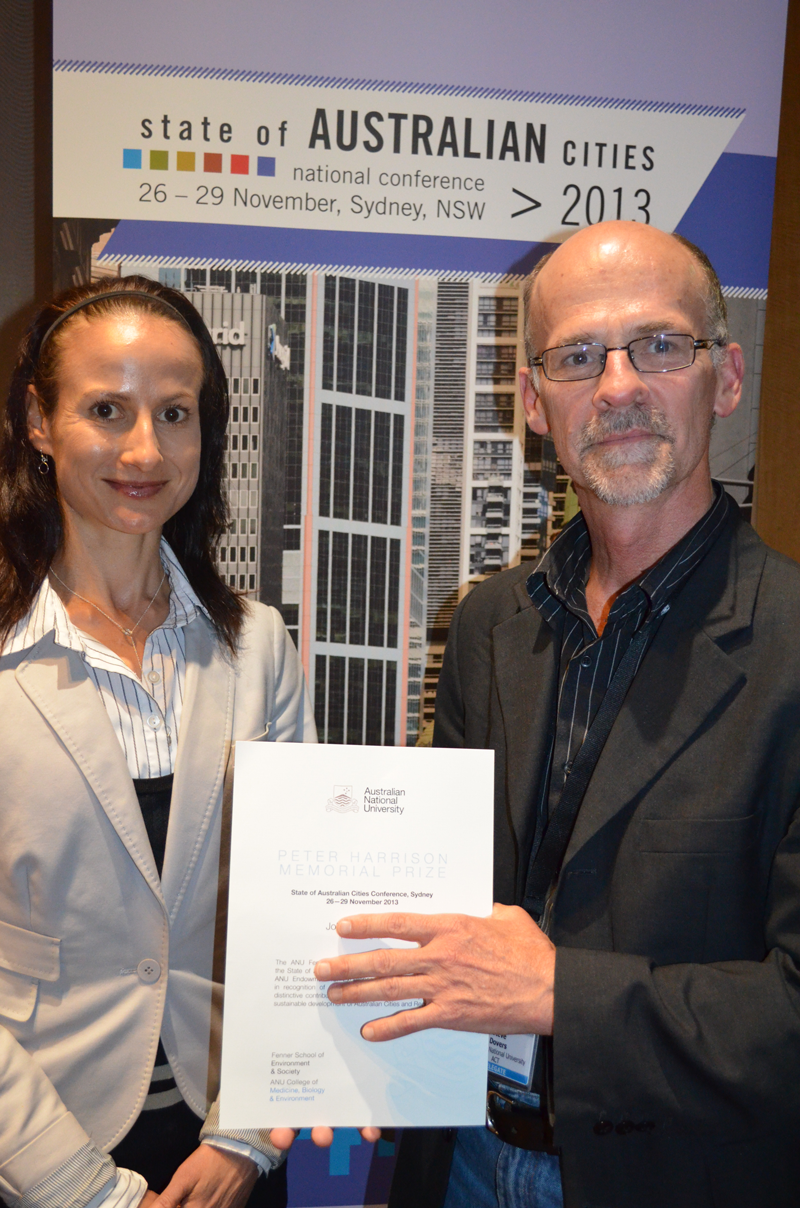 The prize is awarded to the paper which is judged to make a distinctive contribution to knowledge and capacity for the ecologically sustainable development of Australian cities and regions.

Jennifer’s paper, ‘Secured by automobility: why does the private car continue to dominate transport practices?’ is based on qualitative research that explores the depth to which private car use is embedded in the everyday lives of Sydneysiders.

Jennifer says she is both surprised and honoured to win the Peter Harrison Memorial Prize.

“This (award) gives recognition to the importance of qualitative research to give meaning to the alluring statistics that come from more traditional quantitative approaches,” she said.

Jennifer’s research interests lay primarily in the intersections between planning and health, including planning for active transport and attachments to the private car as a form of mobility.

Coincidentally, also announced last week was a staggering report released by the Australian Bureau of Statistics, which predict Australia’s population to double within the next 50 years, a much quicker pace than expected.

Jennifer says that due to the rapid population increase, a shift to public transport use is an imminent transition for many Sydney residents.

“Although a shift away from private car use is inevitable, it won’t necessarily be an easy transition for many people whose day-to-day lives are shaped by the freedoms provided by automobility.

“This adaptation will require a change in behaviour and needs to be supported by increased investment in infrastructure. We cannot expect people to travel differently if we do not provide alternatives that are reliable, comfortable and convenient."

The Peter Harrison Prize was established in 1992 in recognition of the major contribution by Peter Harrison to urban issues in Australia. Congratulations, Dr Jennifer Kent on such an outstanding achievement.