Professor Stuart Wenham and his team’s discovery of a technology to produce high efficiency, low cost silicon photovoltaic cells has won one of the world’s richest research prizes. 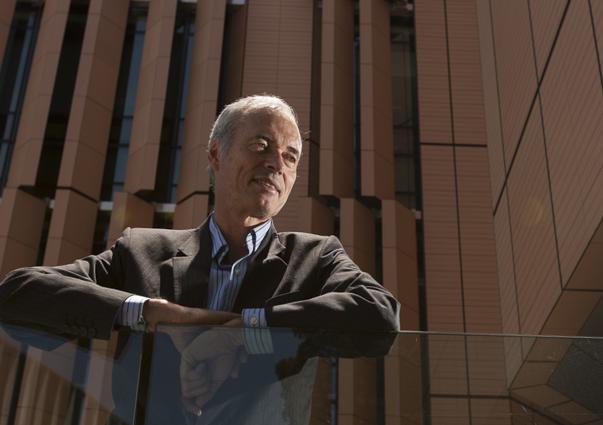 Announced in London today, Scientia Professor Stuart Wenham has been awarded the prestigious Institution of Engineering and Technology’s (IET) A F Harvey Engineering Research Prize of £300,000 ($A560,000).

The award recognises the discovery by Professor Wenham and his team of a mechanism to control the charge state of hydrogen atoms to correct deficiencies in silicon – the most costly part of a solar cell.

“It is a great honour to receive the A F Harvey Engineering Prize and the international recognition that it brings to this important innovation. The prize money will go a long way to helping us take the research to the next stage.

“Our UNSW team is now working with the world’s biggest solar manufacturers through collaborative agreements with NewSouth Innovations to commercialise this low-cost technology,” said Professor Wenham, who acknowledged the Australian Renewable Energy Agency’s funding support for the project, which is expected to be completed in 2016.

IET President, Barry Brooks, said: “Professor Wenham has played a pivotal role in the wide scale development of silicon solar cell technology. His pioneering research and internationally recognised leadership in the field have enabled commercial exploitation of the technology for the benefit of the global community seeking renewable energy solutions at affordable prices.

“He is a truly deserving recipient of the IET A F Harvey Engineering Prize and an inspiration to all engineers.”

Professor Wenham will deliver a special IET lecture in London on 21 May 2014 to commemorate his award. The lecture will be streamed live. For more details, visit http://www.theiet.org/harvey.

Read more about the prize win in The Age.

Scientia Professor Stuart Wenham discusses how the application of hydrogen based technology in the production of solar cells significantly improves their efficiency while driving down production costs.