Working with industry on a 'self-driving' car

UNSW researchers have taken the first step towards creating a self-driving car by fitting sensors and other technology to a vehicle owned by car sharing service GoGet. 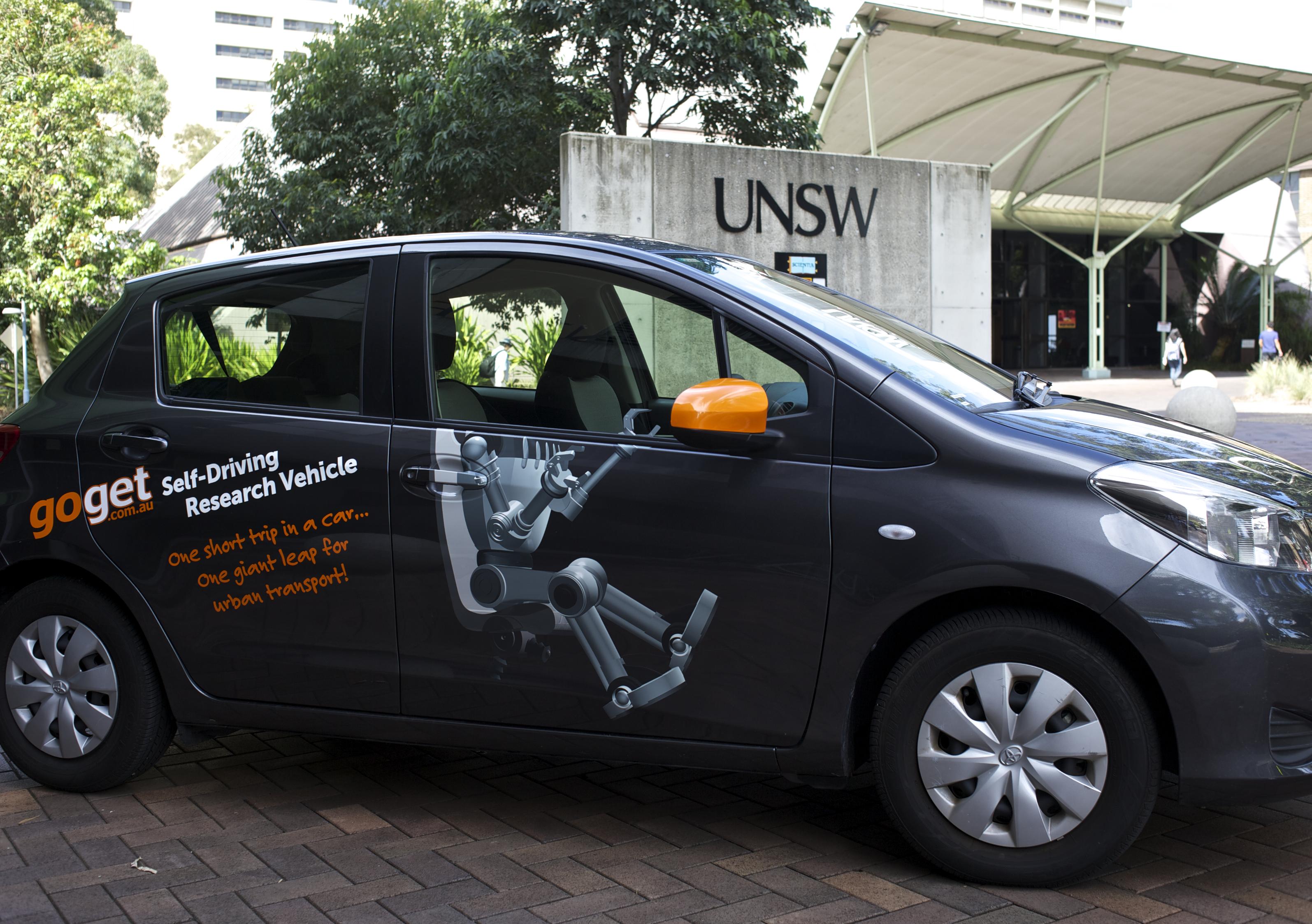 Researchers at UNSW Australia have taken the first step towards creating a self-driving car by fitting sensors and other technology to a vehicle owned by car sharing service GoGet.

The car, which is based at UNSW's Kensington campus in Sydney, has been fitted with four radar sensors, a video camera and a small on-board computer.

It will be publicly launched at the GeoNext technology conference at the Australian Technology Park in Sydney today.

The project is an industry partnership between the UNSW Research Centre for Integrated Transport Innovation (rCITI) and GoGet.

rCITI, which focuses on integrated transport research and development, secured a grant from the School of Civil and Environmental Engineering to buy the technology systems fitted to the vehicle.

"We're getting information about how people drive and how they interact with different moving entities as well as other infrastructure.

"This information is extremely useful when you're trying to develop algorithms for autonomous driving.

In addition to powering research on self-driving cars, Dixit also sees an opportunity to use the data collected by the sensors to explore the feasibility of real-time charging schemes for car insurance.

The theory is that safe drivers — as determined from data captured by the vehicle — would be rewarded by paying less for their insurance.

"What we really want to move towards is real-time insurance, where the driver's rates depend on how they drive at that moment," Dixit explains.

"Unfortunately what has happened over the past half-decade is the responsibility of safety and efficiency of the transport system has fallen on governments, but there are huge private industries who can actually play a role in improvements.

"I'm trying to find ways to foster those improvements.”