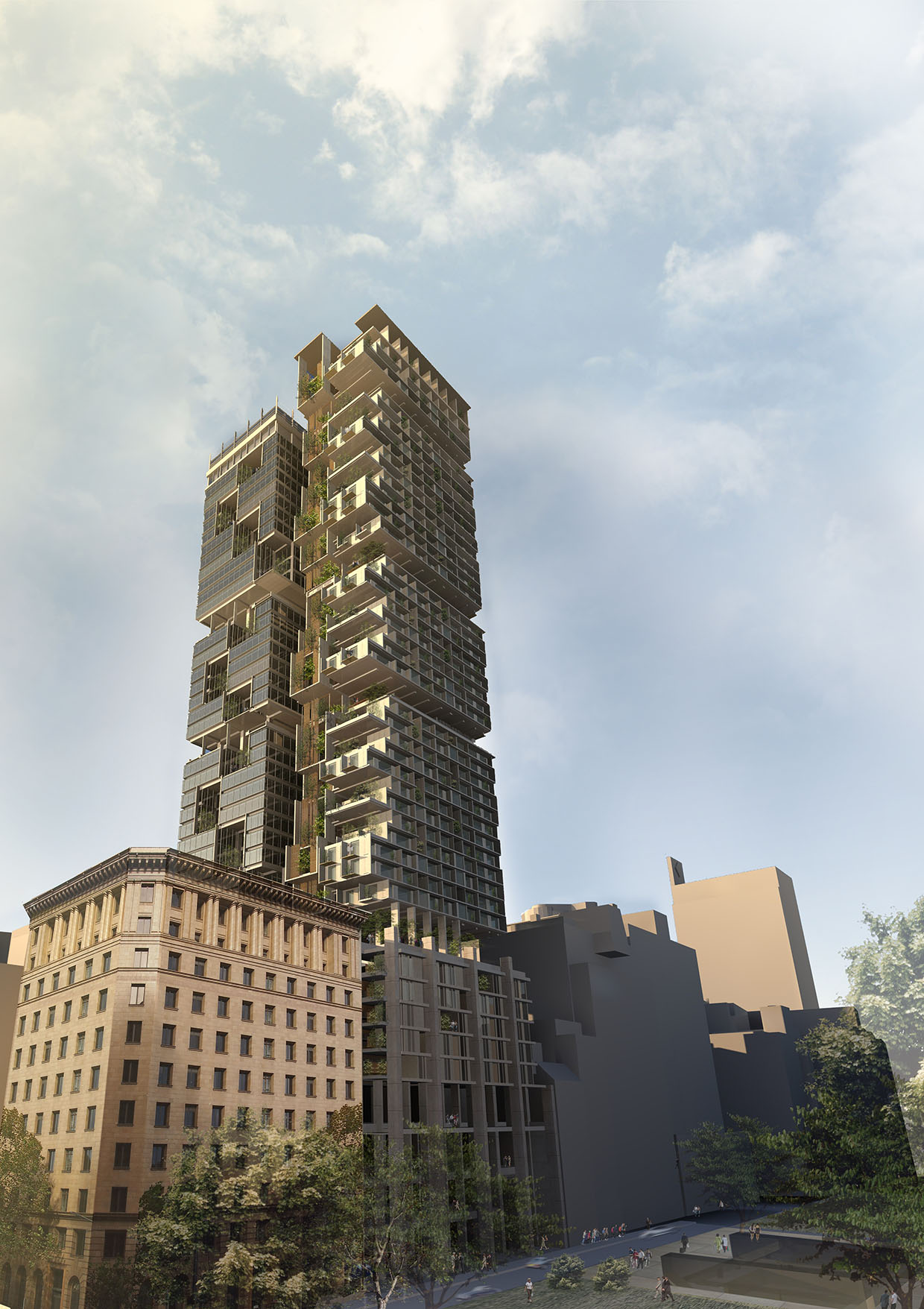 The prize is offered to a final year Master of Architecture Student, for the best performance in a building scheme that demonstrates design excellence in multi-story design with an emphasis on passive heating and cooling techniques.

Chin’s master plan design proposal details the use of a high density sustainable hybrid structure within the city of Sydney.

“According to the Sydney 2030 plan, by the year 2030, 75% of the Sydney’s population would be living in the urban areas of Sydney.

“As a result, the city will become increasingly dense, placing greater demand on the existing urban fabric and its ability to sustain large populations and increased growth,” said Chin.

Chin’s proposal integrates multiple programmatic functions including residential, commercial and hospitality functions to increase the efficiency and interactivity between the building, its users and the site.

He says that receiving recognition for his work has further developed his enthusiasm and passion for architecture.

Brandon’s work will be exhibited at 1 Bligh Street lobby from April 10.