Construction of the new School of Mechanical and Manufacturing Engineering precinct at UNSW is underway following a substantial philanthropic donation from businessman Len Ainsworth. 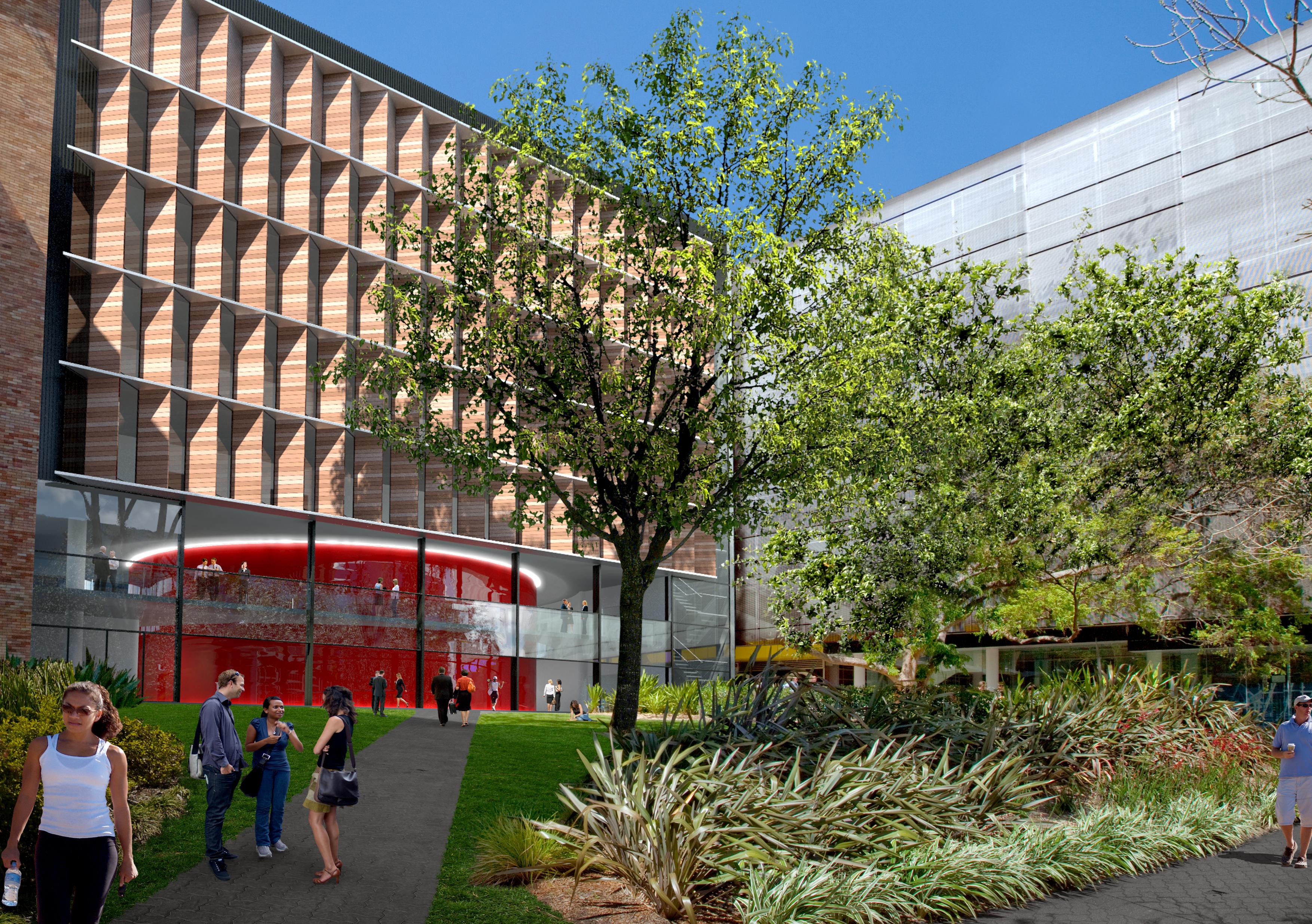 Construction of the new School of Mechanical and Manufacturing Engineering precinct at UNSW is underway following a substantial philanthropic donation from businessman Len Ainsworth.

The major capital project will see the construction of a new building and renovation of two adjacent buildings, creating over 14,000 m2 of state-of-the-art floor space. The Ainsworth Building is expected to open in January 2015.

Len Ainsworth is Executive Chairman of ASX-listed Ainsworth Game Technology and Founder and Director of The Ainsworth Foundation.

The successful businessman told guests at the University's Construction Commencement Ceremony for the precinct on Friday that he took "great satisfaction in being able to give a little bit away here and there".

Vice-Chancellor Professor Fred Hilmer said Mr Ainsworth's donation for the new School precinct went right to the heart of the University and to Len's character.

"Innovation is one of the things that really characterises Len's career and it's only fitting that the building as it goes up reflects that same notion," Professor Hilmer said.

He added that UNSW's world-class engineering output was made possible by the support that the Faculty received.

"I believe that any vibrant country such as Australia needs a strong manufacturing base," Professor Davies said.

"We teach some 1600 Mechanical and Manufacturing Engineering students. It's this new skilled workforce that will be able to develop new high-value manufacturing technologies for the country.

"These new buildings are absolutely essential for the training of those students," Professor Davies said.

Mr Ainsworth re-affirmed his enthusiasm for good design. "If you design something the right way you don't just save pennies, you save pounds or dollars."

Mr Ainsworth’s involvement with the Faculty started a few years ago with his sponsorship of the Mechanical and Manufacturing Design Studio, which is still in place and have become the model used in other universities.

The Head of the School, Professor Anne Simmons, thanked Mr Ainsworth not only for his generous donation but also for his unwavering support for mechanical engineering, manufacturing and design in Australia.

She said the new precinct would equip the School with the right infrastructure for the next 50 years.

NSW MP Mark Speakman SC delivered a message of congratulations from Prime Minister Tony Abbott, who was on a trade mission in Asia.

"This building is an investment in preparing the most highly skilled, innovative and experienced graduates for the jobs of the future," Mr Abbott said.

"It will also help to boost Australia's international competitiveness which is so critical in building a stronger economy." 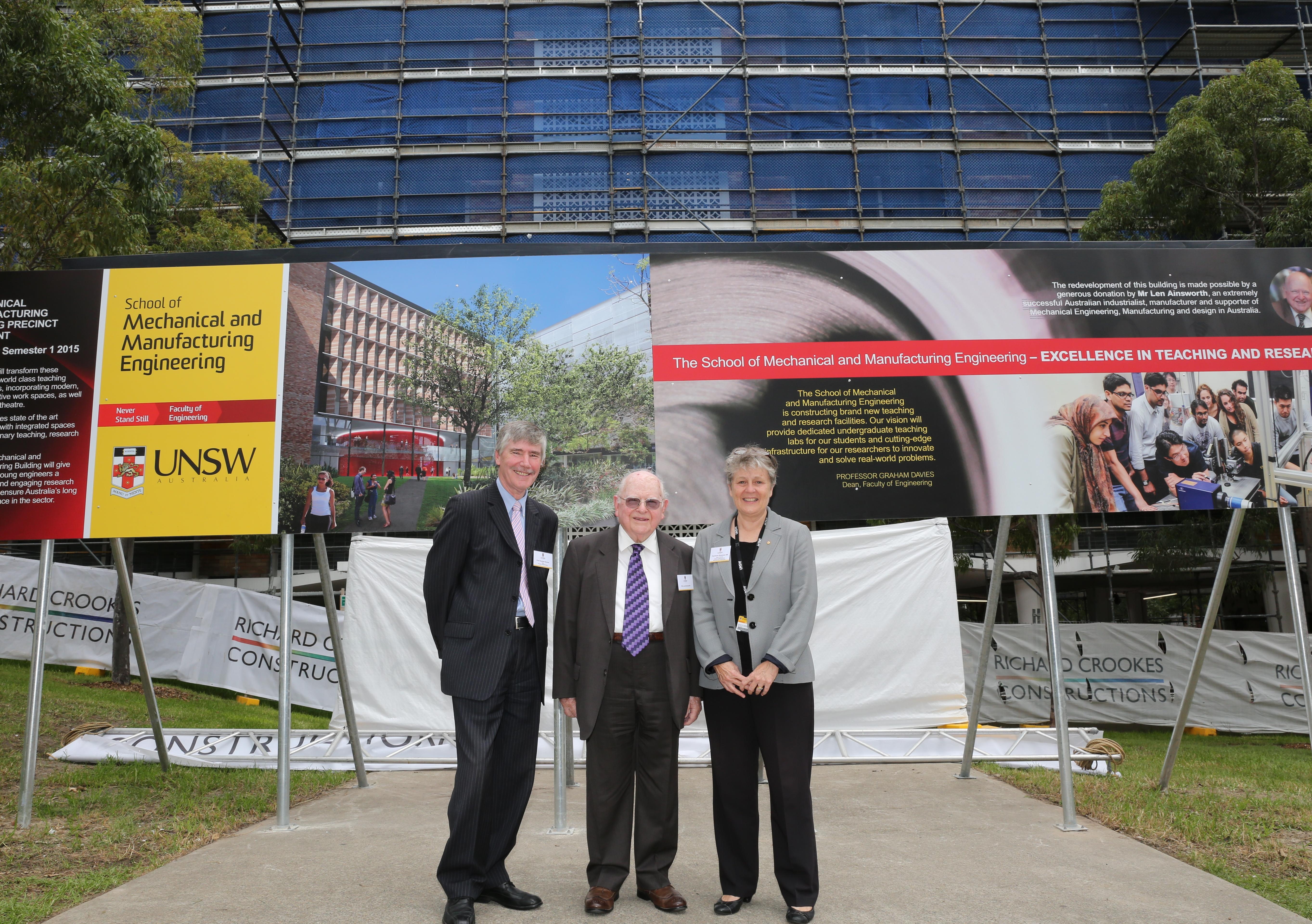