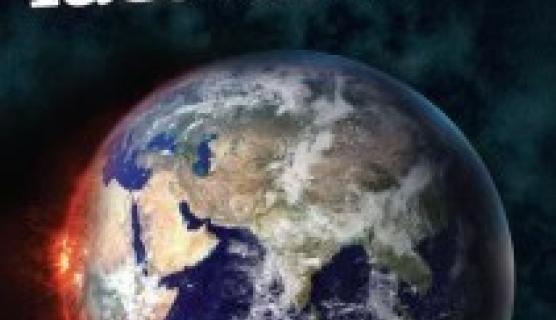 Australia’s climate has always been punctuated by extreme events. As a large continent that spans from the tropics to cool temperate climates, and from the Indian Ocean to the Pacific, we are privy to droughts, floods, bushfires, tropical cyclones, and heatwaves.

Since the 1950s, Australia’s climate has warmed by 0.9oC, slightly above the global average of 0.85oC. This increase is largely due to human emissions of greenhouse gases. This somewhat modest mean change causes disproportionate changes in extreme events. Even the observed rise of less than 1oC is causing a clear increase in the frequency of more extreme heat events. Perhaps more serious, this rise of less than 1oC  has begun to cause new, unprecedented events – that is, events for which we have no historical analogue. Since the 1950s, the number of record-breaking warm events has outnumbered record-breaking cold events 3 to 1.  This has been particularly evident in our most recent two summers, categorized by sweltering temperatures and scorching heatwaves.

2013 was the hottest year on record for Australia. Observations taken by the Bureau of Meteorology demonstrated that we smashed 120 separate temperature records during summer alone, as well as experiencing our hottest day, week, month, summer and spring on record. We also had one of the earliest start to our bushfire season, with the Blue Mountains suffering a severe fire in October, barely halfway through spring.

The most stand-out feature of 2013 however, was not merely the breaking of these extreme records. The most remarkable aspect of 2013 was that the El Nino/Southern Oscillation phenomenon, which governs a large part of the Australian climate, was not in a phase conducive to extreme temperatures. Australia normally experiences hotter than average temperatures during the El Nino phase. Throughout 2013, the El Nino/Southern Oscillation was in a Neutral phase, generally associated with average temperatures. In other words, it should not have been that hot.

The start of 2014 has shaped up the same way as 2013. With continuing neutral conditions, we continued to blitz temperature records. Adelaide sweltered through a heatwave where at least 5 consecutive days were above 42oC. Canberra experienced 20 days above 35oC, and Perth recorded its warmest ever-nighttime temperature. Perhaps more famously, Melbourne suffered through the Australian open heatwave, where 4 days in a row recorded well above 41oC.

Australia is no stranger to extreme heat, but the frequency and the intensity at which these events are occurring is not merely unusual, it is unprecedented.

A study conducted at the University of Melbourne concluded that human influence on our climate increased the odds of our 2013 summer occurring by at least 2 ½ times.  This means that, although a summer of similar heat can occur when only natural climate variability is present, it occurs more than twice as often when our atmosphere holds the current levels of greenhouse gases. We currently emit around 10 billion tonnes of carbon dioxide into the atmosphere. It is therefore inevitable that current concentrations will continue to rise, inevitably leading to further warming and further increases in extreme events.

The same bad news story is also consistent for heatwaves, though is not surprising given the relationship between average and extreme temperatures. Research undertaken at the University of New South Wales indicates that Australia is experiencing increasing trends in the frequency and intensity of heatwaves, consistent with other global regions. The first heatwave of our season is also occurring earlier – a recent report by Australia’s independent Climate Council stated that our most recent heatwaves over some locations are occurring over two weeks earlier than what they did during the 1950s-1980s.

Preliminary analysis investigating changes in the odds of Australian heatwaves indicate that their frequency, duration, timing and intensity have already doubled due to human influence on our climate. That is, our longest, earliest and hottest events, as well as the number of events we get in any one season have doubled in their occurrence due to our activities. By half-way through this century, these occurrence rates will triple again.

Climate change is often thought of as a future problem. Its not; the science is clear. The impacts of human activities are embedded in the events we are experiencing now.  It is probable that some of Australia’s most recent heatwave events would have still occurred in a natural world, but it is also clear that these events have been lengthened and increased in intensity due to human activity.

This article is a companion piece to The New Idealist Issue Five: Doomsday Edition which you can download here.