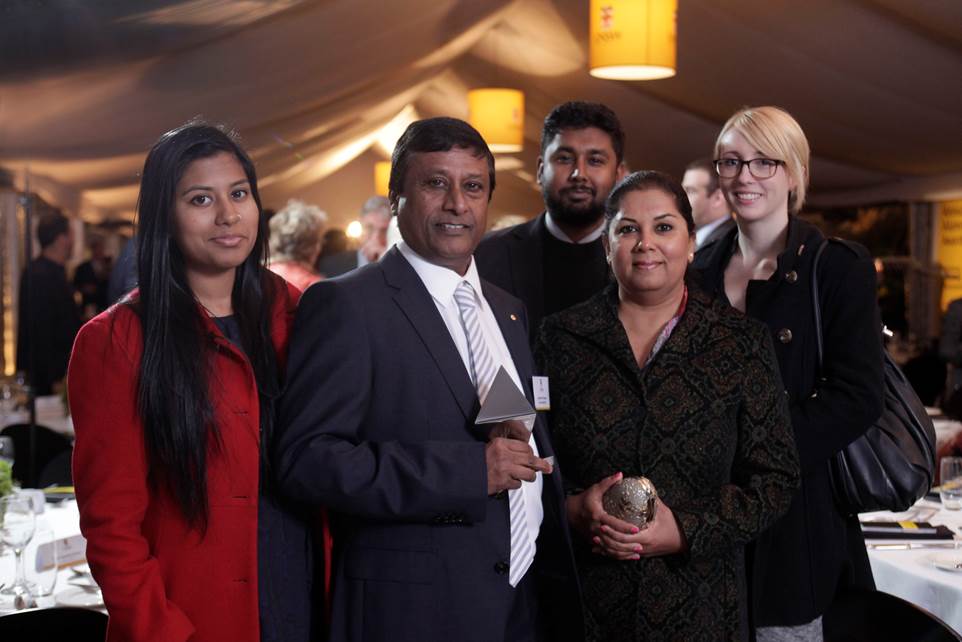 Scientia Professor Deo Prasad AO was presented with the Science Award at the UNSW Alumni Awards for Achievement last night. The Award recognises former students who have achieved distinction in their field of endeavour.

Presented by UNSW Chancellor Mr David Gonski AC, the awards were held at at a dinner on the site of Alumni Park.

Professor Prasad (MArch 1987, MSc 1988) is an international authority on sustainable buildings and cities and among the leading advocates for sustainability in Australia. Deo won the 2006 Royal Australian Institute of Architect’s National Education Award for contribution to ‘sustainability education, research and design’.

In 2004 he won the NSW State Government’s individual GreenGlobe Award for ‘showing leadership and commitment to the supply of renewable energy’. He has also won the Federal Government’s national award for ‘outstanding contribution to energy related research’. He is a regular contributor to debate in this area in local and international media and contributes significantly to the visibility of UNSW in this field.

Deo is the Chief Investigator (lead proponent) of the newly established CRC for Low Carbon Living ($104m over seven years start up). He also is one of the Sydney Ambassadors (Business Events NSW) with special focus on promoting Sydney as a destination for high end environmental-scientific events.

Image: Prof Deo Prasad and his family at the award presentation dinner