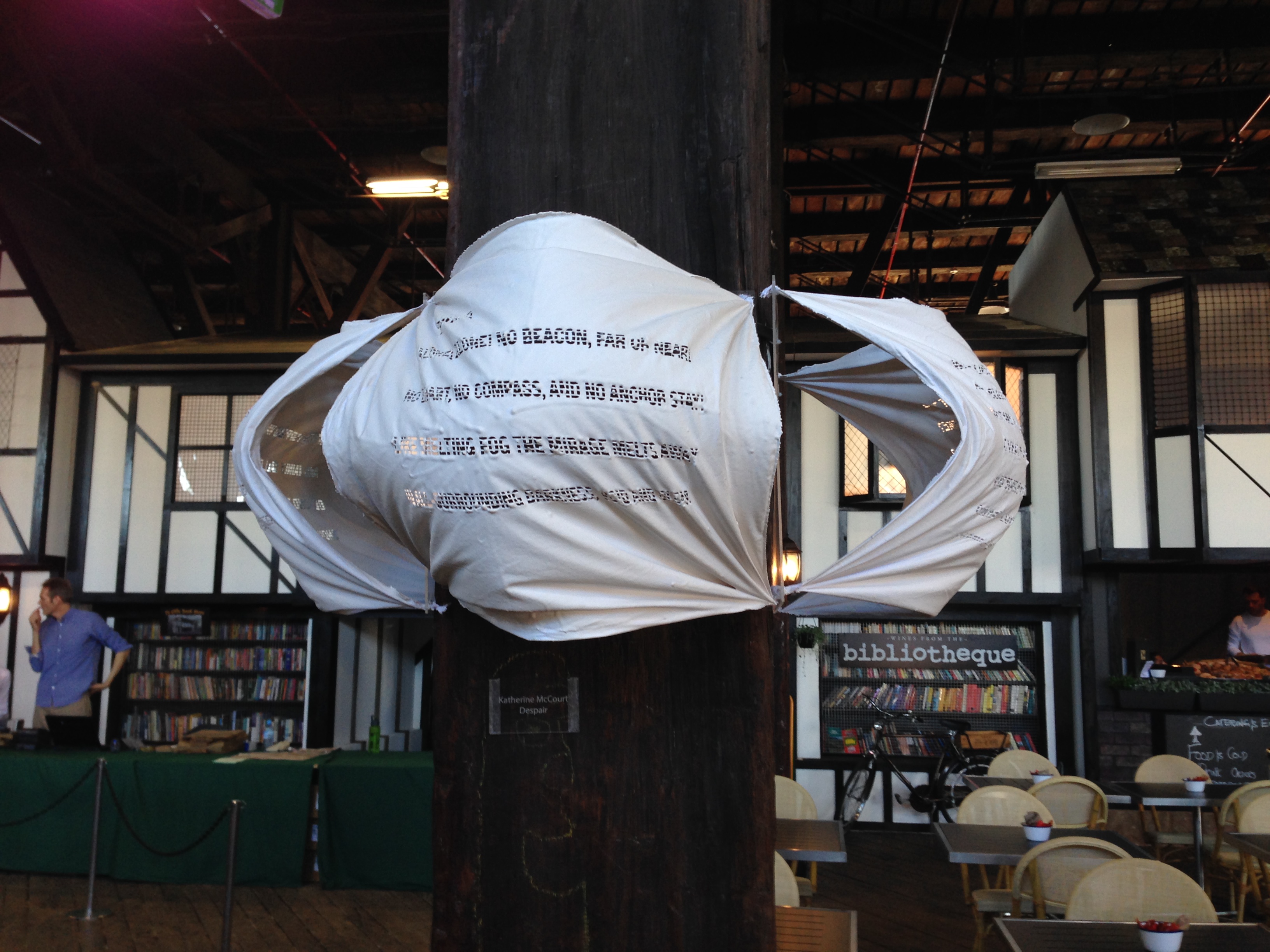 Faculty of Built Environment (FBE) students are taking part in the Sydney Writers' Festival by exhibiting thirteen sculptural and architectural works at various festival venues including Walsh Bay and the NSW Writers’ Centre.

Tutor of the Graduate Research Studio course, Robert Barnstone, said all of the works, which were created in the UNSW Design Laboratory, were required to incorporate text .

“Once you present a work that involves literature it immediately creates a story and the imaginative process begins,” he said.

FBE student, Katherine McCourt created a sculptural work of suspended plaster pages (pictured in gallery below) that appear to be blowing in the wind. The words of Despair, a poem by Australian poet, Ada Cambridge, have been laser cut into the plaster.

“Cambridge captures the fragility of life, likening it to ‘wind blown sparks’, a notion which became a key element to my design. The fragile, shell forms arch towards the viewer, appearing stretched or blown,” said Katherine.

Numerous UNSW academics are taking part in the SWF as panellists or speakers. Two Festival events will be hosted on campus next week at the Io Myers Studio. Award-winning investigative journalist Jeremy Scahill will discuss his book Dirty Wars: The World is a Battlefield in conversation with Australian journalist Chris Masters and Irish novelist Eimear McBride will discuss her debut novel A Girl is a Half-Formed Thing in conversation with UNSW Professor of Irish Studies Rónán McDonald.