How will Inmarsat bring in-flight internet to Europe? 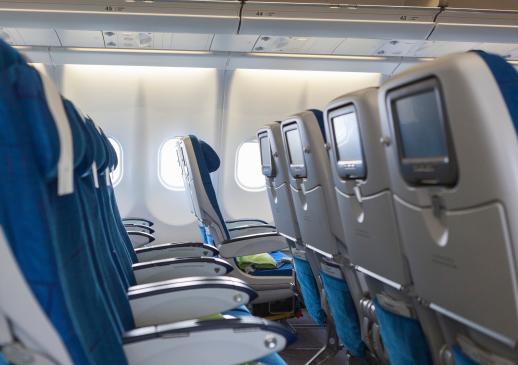 This is a substantial investment that demonstrates the company’s belief in a fast growing market sector. So what technology is required for Inmarsat to bring in-flight internet to air travellers?

Dialing up in the air

At the heart of this network are three geostationary satellites that cover the entire globe with the exception of the polar regions.

But relying solely on satellites imposes a number of limitations, as reflected in the range of access plans and their costs.

Satellites require a substantial capital outlay. In the newly proposed hybrid network, for example, the single satellite (named Europasat, to be built by Thales Alenia Space) will cost about US$400 million with Inmarsat contributing half that amount. This is nearly double the cost of the entire terrestrial component of the network.

Additionally, once satellites are launched, there is no scope for maintenance or upgrades. Thus they must be made extremely reliable and future proof.

Where satellites come into their own is in offering access across remote and very low population density areas such as the vast oceans.

When it comes to the European landmass, terrestrial wireless networks offer much more flexibility and address many of the limitations of a satellite-based network.

Since the network infrastructure is accessible, it is upgradeable as the technology improves. Also the latency (the time it takes the signal to travel between the transmitter and receiver) is much smaller for an earth-bound tower than for a satellite orbiting approximately 36,000km above the earth.

The terrestrial component of the new Inmarsat network will consist of about 300 transmit towers across Europe.

Instead of transmitting downward, as is the case with traditional cellular towers, these will be flipped upside-down, pointing upwards to serve aircraft overhead.

This concept has already been successfully implemented in North America by Gogo, which offers in-flight internet connection at much reduced costs (US$16 for a full day’s access compared with the US$7.50 for 15MB on Emirates’ satellite-based system).

In its announcement last week Inmarsat cited the success of Gogo’s air-to-ground network, and its system is at least partly inspired by it.

So how will it work?

In a traditional mobile phone network, the geographical coverage area is divided into small cells with users in each cell served by a transmit tower or base station (BS).

When a mobile user takes part in a call, the network tracks the user’s location to ensure the call is handled by the right BS. As it moves from one cell to another, the user terminal is instructed to switch over to the next cell’s frequency.

Now imagine you are sitting in a moving car and you enable the wireless hotspot on your mobile phone. If you connect your laptop or tablet to the phone you would in effect be mimicking the way Inmarsat’s in-flight system would work.

A flight equipped to access the Inmarsat network would possess a mobile BS (identical to the BS that your phone normally connects to) that handles voice calls, as well as a wireless access point for internet access. These connect to a transmitter that is able to talk to terrestrial transmit towers.

At the start of a flight, the on-board system establishes a link to the nearest terrestrial tower. As the plane travels from the airspace of one cell to another, it behaves much like a mobile phone moving through the cells of an ordinary cellular network.

The overlap between cells ensures that the plane’s connection is handed from one cell to the next without interruption.

In the event that the aircraft enters a part of the airspace not covered by a tower, the satellite would take over to ensure uninterrupted access.

This hybrid technology will increase the speed, reliability and cost efficiency of in-flight internet access, not only enhancing the user’s experience but also potentially creating new business opportunities, such as targeted advertising based on a passenger’s airline or destination.

So while this air-to-ground network represents a substantial investment in infrastructure for Inmarsat, its expected financial returns may well justify the effort.

Elias Aboutanios is a senior lecturer in Signal Processing at UNSW.

This opinion piece was first published on The Conversation.