A team of UNSW engineering students has successfully designed, built and launched an unmanned high-altitude balloon as part of a global challenge, travelling roughly one-third of the distance to space. 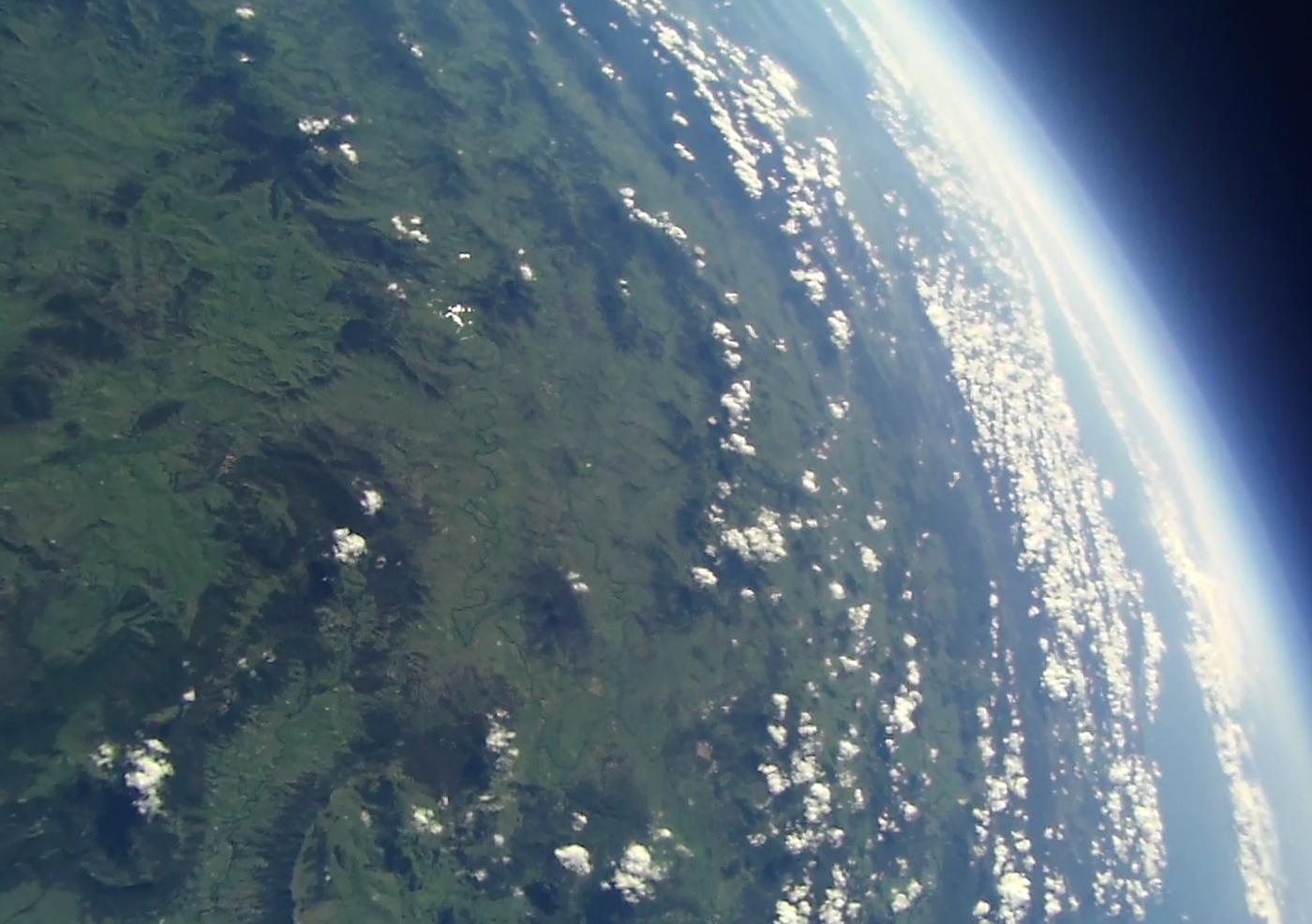 A team of UNSW engineering students has successfully designed, built and launched an unmanned high-altitude balloon as part of a global challenge, reaching an altitude roughly one-third of the distance to space.

The team participated in the Global Space Balloon Challenge, organised by Stanford University, the Massachusetts Institute of Technology and the University of Michigan.

The four postgraduate students – Joshua Yen, William Crowe and Michael Woods, all PhD candidates in the School of Mechanical and Manufacturing Engineering, and Jeffrey Peng, a UNSW Aerospace Engineering graduate – spent two months and $2000 designing and building the balloon.

It was launched near Bulga in the Hunter Valley on the Easter Weekend, landing near Clarence Town about 80 kilometres away.

The students were able to track the balloon to an altitude of 29 kilometres – about three times the cruising altitude of commercial aircraft – though they believe it elevated to a height as high as 32 kilometres.

The start of space is considered to be about 100 kilometres above the Earth's sea level. The boundary is known as the Kármán line.

The helium balloon carried a payload of two 1080p HD cameras; an array of sensors and equipment to measure atmospheric radiation, temperature and pressure and solar flux; as well as GPS and GSM communications for navigation and tracking.

The instrumentation was encased in building-grade expanded polystyrene foam to keep the electronics warm. A six-foot parachute was used to safely land the box to Earth.

The cameras captured images of the curvature of the Earth's surface, along with soaring high-altitude views of the NSW Hunter landscape.

"We wanted to capture the huge juxtapositions that occur in the region – from forests and farmland to the Hunter River and the mines," Crowe says. "We even covered the coast in some of our better pictures".

The team is working to analyse the data captured by the balloon's sensors and instrumentation. While ongoing, early results include trends in atmospheric radiation levels measured at different altitudes in the Hunter Valley.

Yen believes the successful mission shows the space dream is "achievable and attainable. It's not just something that very few will ever experience".

"We were looking at high-altitude data that you'd never be able to accomplish otherwise without spending a lot of money on systems," he says.

"It's also good to get some space experience wherever you can find it, especially in Australia where there isn't a big space industry".

The School of Mechanical and Manufacturing Engineering contributed funding to the project. 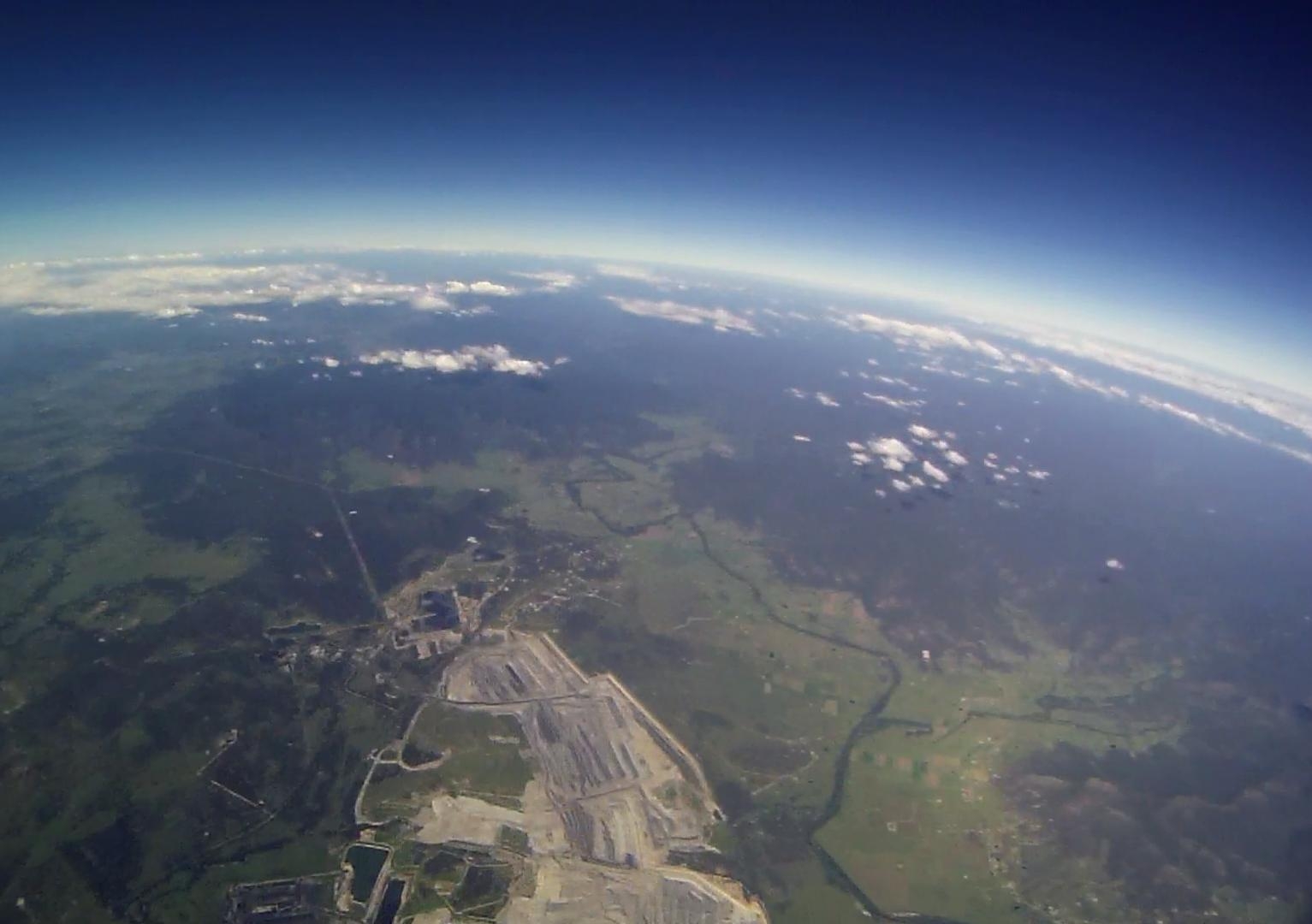 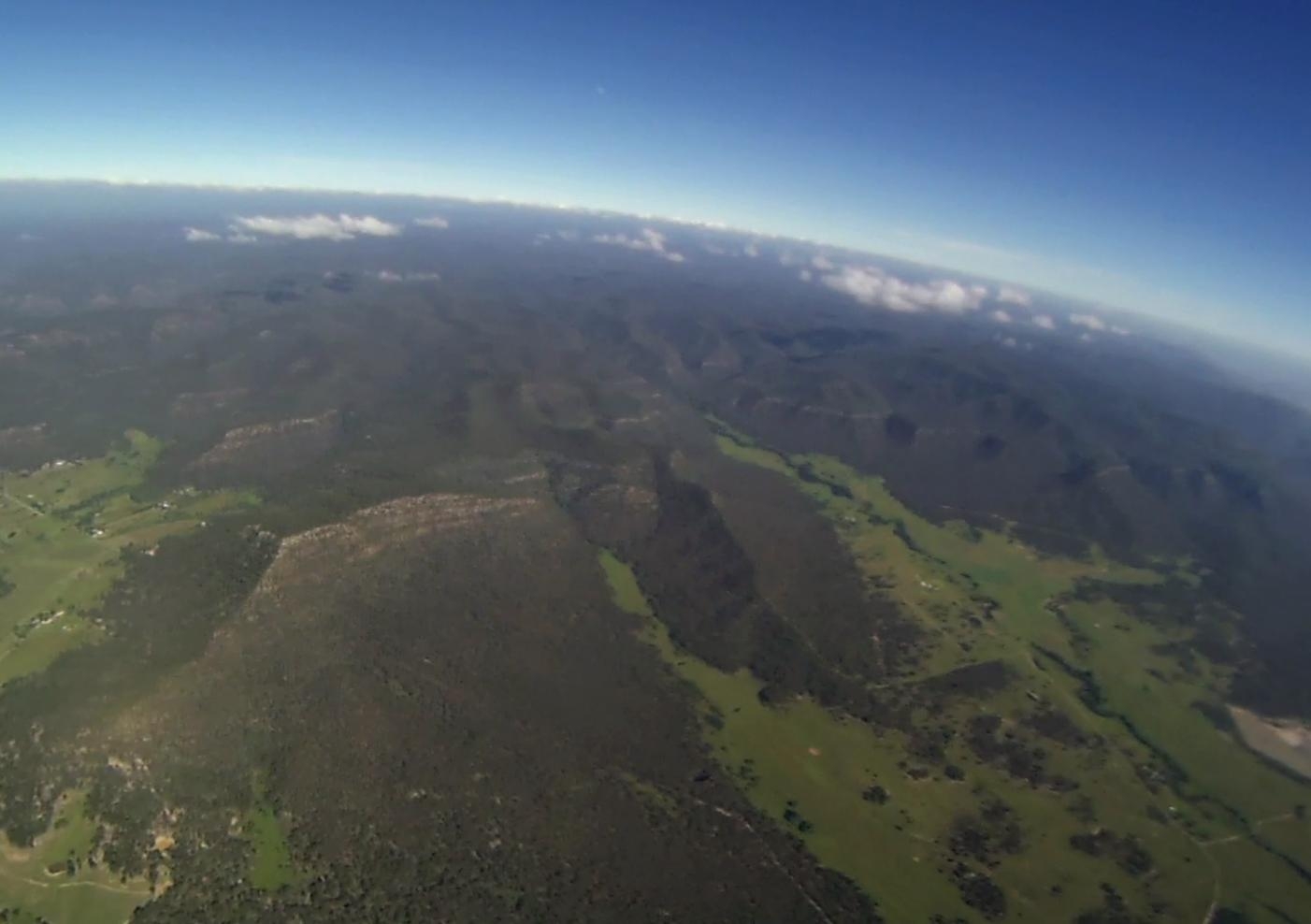 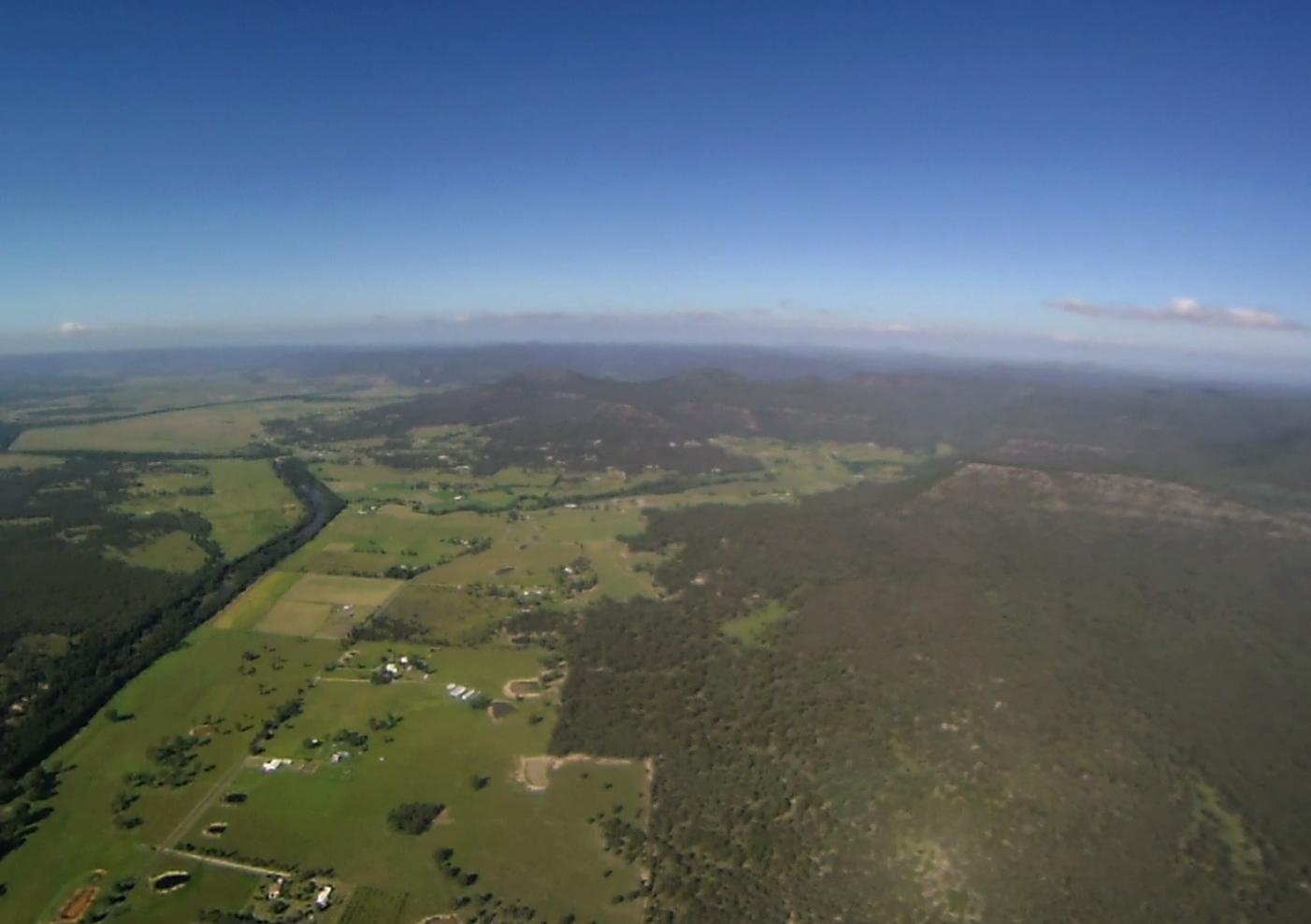 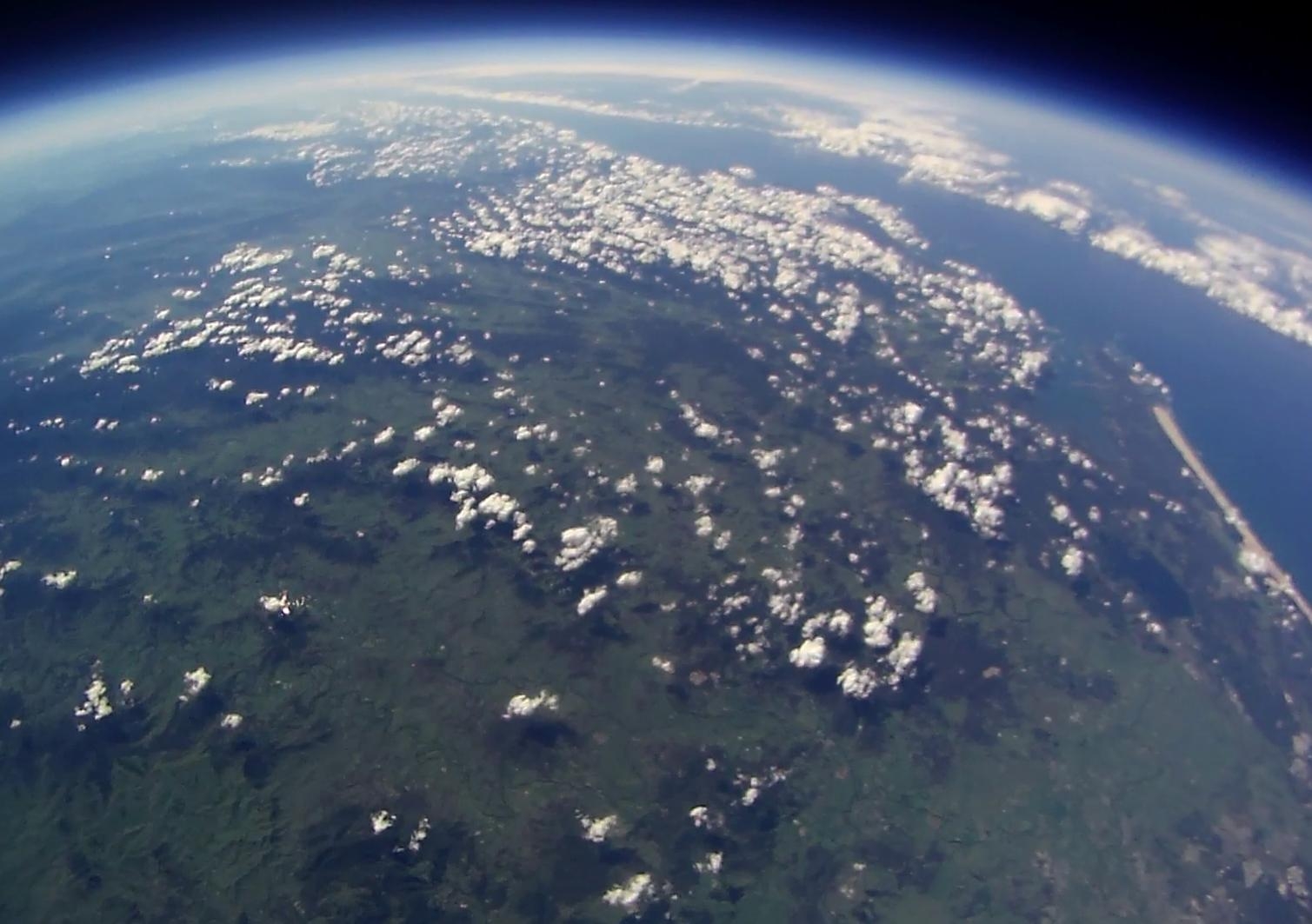