Investing in space: what the UK Space Agency can teach Australia

Australia has had an active civil space program since 1947 but has much to learn if it is to capture a bigger share of a growing billion dollar global space industry, write Barnaby Osborne, Andrew Dempster and Elias Aboutanios. 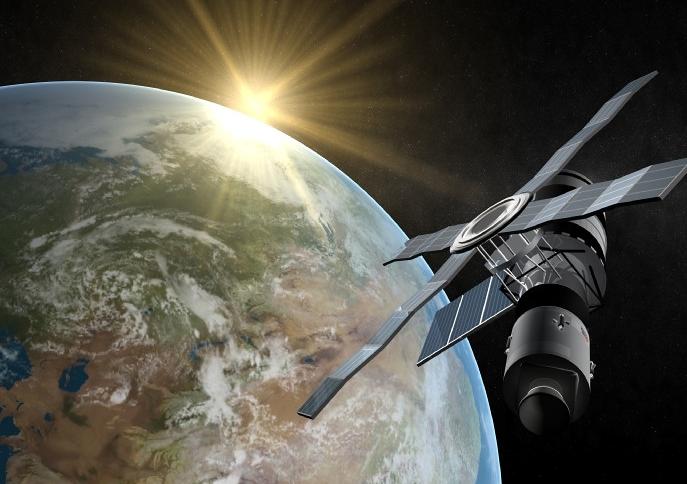 OPINION: Australia has had an active civil space program since 1947 but has much to learn if it is to capture a bigger share of growing billion dollar global space industry.

The potential size and scope of the Australian space sector compares well against several other space nations, notably the United Kingdom and Canada. But both those nations have more effective space sectors that are centrally administered by a single government body, whereas Australia space activities are not strategically managed by a central entity.

In particular the UK has recently adopted an agency approach to managing civil space activities, after decades of committee administration. There are lessons for Australia in the approach that the UK took in creating its agency.

Working in conjunction with the SCO is the Space Licensing and Safety Office (SLASO) which implements regulatory and safety regimes for space activities within Australia or involving Australian contributions in international programs.

But the realised policy falls short of being a space policy, as it considers only the use of space-derived data in the Australian context.

It does however highlight Australia’s dependency on internationally provided space data (for weather forecasting, land management and position and navigation services).

It also hints at Australia’s vulnerability in securing the continuation of these services, as most are provided free through time-limited international agreements.

These government bodies exist to facilitate the activities in space of outside parties. They do not initiate or manage space programs in their own right, and have no capacity to sponsor such programs.

Our failings in space

Australia’s approach to space activities is passive and regulatory. It does nothing to create or grow them to take advantage of new opportunities.

In fact, this passive strategy may even put off Australian efforts to keep up with international competition. There are two basic areas of the space sector where Australia is failing:

To support the first, Australia needs a space agency, and for the second it needs a space program. To see how this might be implemented, the recent UK experience provides a good case study.

Lessons from the UK

Prior to 2010, the British National Space Centre (BNSC) was responsible for coordinating the UK’s civil space activities, serving a similar role to Australia’s SCO.

Towards the end of its life the BNSC was beginning to show several failings in approach and operation. Notably it lacked a unified view and approach, coordination across its remit, and the independence to make strategic policy.

Collectively it managed a budget for space activities, but the application of this budget was decided through consensus across its partners. This resulted in a splintered set of supported programs and a series of lost opportunities for the UK and its domestic activities.

Within the UK there had been increasing pressure from space industry leaders for better government support. To support their cause the domestic space industry collectively set up and funded the Case for Space, an economic study that demonstrated the value of the space industry to the UK economy.

This set in motion a government-led investigation called the Space Innovation and Growth Strategy (Space IGS). This studied in more detail the size and health of the domestic space industry, identified the civil space stakeholders and investigated areas in most need of support and growth.

Core to the findings of the Space IGS was that UK needed a space program with the one primary goal – to capture 10% of the global space market and have a centralised government agency to deliver it.

The 10% goal is an important stake in the ground. It sets out a requirement for growth and forces the government to approach the industry as an economic asset. Shortly after, the UK Space Agency (UKSA) was formed.

The agency was set up very quickly to precede the 2010 general election. Its initial funding and responsibilities were transferred directly from the BNSC, allowing the transition to take place with little to no extra spending.

The agency has been much more effective than the BNSC. In the last four years there has been more support for industry, more technology development, and simplified and expanded access to satellite data. The UKSA has also allowed more strategic participation in larger international (mainly European Space Agency (ESA)) programs.

Most importantly, in working towards growing the UK civil space market the UKSA has helped set up programmes that are assisting established space businesses, aiding the establishment of new ones and helping the agency meet the targeted 10% market share.

What should Australia do?

Looking at the performance of the UKSA in its first few years, and considering the similarities of the BNSC and the SCO, it is clear Australia could be getting much more out of its space industry.

The space industry is a rapidly growing market averaging a yearly growth rate of 7.5%. It is expected to grow from a A$322 billion to A$722 billion industry over the next 20 years.

Australia has so far captured only about A$1.2 billion or just 0.37% of the existing market.

Of this potential extra A$400 billion future market it is expected that new activities will make up a significant portion. This future market is likely to comprise downstream use of new satellite data (positioning, navigation, earth imaging) along with upstream opportunities in the area of small satellites, consumer electronics in space and space tourism.

This is to the advantage of high tech countries with less of an established space industry, as this market will depend less on established infrastructure and businesses, and more on innovation and technology transfer.

But failure to engage with this now will lose Australia the ability to compete in this market in the future.

Learning from the UK process, the key steps to consider for a centralised civil space agency in Australia would be:

2. Define a clear vision and set achievable goals for the industry

3. Review agency models for the best fit for the Australian situation

4. Act on it – consolidate space budgets and assign appropriate authority to the agency (additional government funding is not a prerequisite)

5. Develop a space policy to support the goals of the agency

In the UK, the space industry pushed for the formation of the UKSA mostly as a reaction against the inadequacies of the BNSC and lost commercial opportunities. The end result was a more efficient and more decisive agency with far reaching benefits across the industry, academia and government.

In Australia, the space industry is showing a growing appetite for this. The Space Industry Association of Australia (SIAA) is preparing a strategic document examining its vision for the Australian space industry in the near future.

This could all be done in a more proactive manner. The opportunity exists to see the benefits of a strategic agency promoting a consistent agenda, to best take advantage of the changing nature of the space industry.

Andrew Dempster is Director of the Australian Centre for Space Engineering Research and a Professor in the School of Electrical Engineering and Telecommunications at UNSW.

Elias Aboutanios is a senior lecturer in Signal Processing at UNSW.