Rise of the machines: UNSW robots take on the world

Like their human counterparts in the recent football World Cup, Germany will be the team to beat at the RoboCup Championships in Brazil. VIDEO 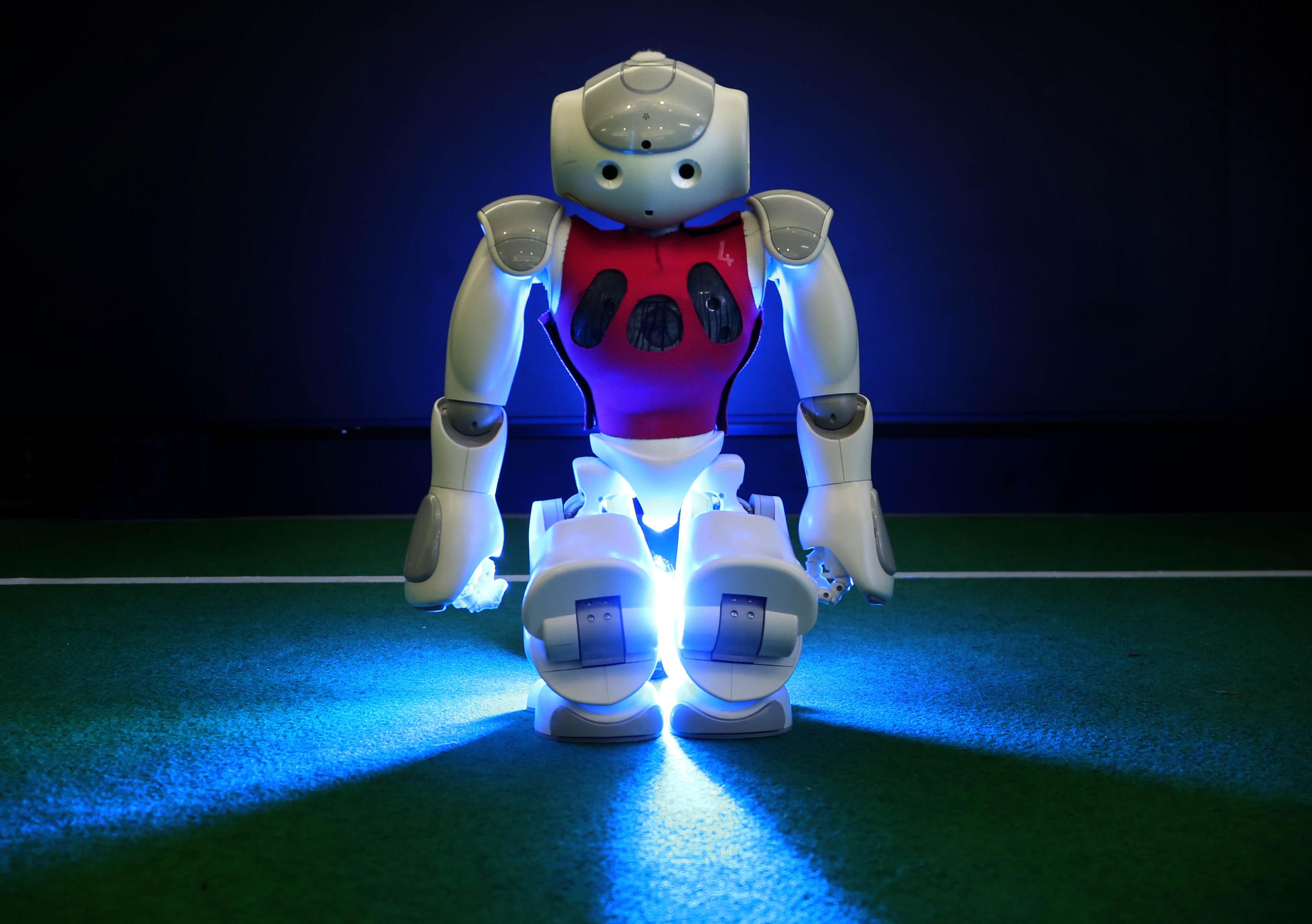 Like their human counterparts in the recent football World Cup, Germany will be the team to beat at the RoboCup Championships in Brazil next week.

UNSW’s robot soccer team and their minders, current and former engineering students, are hoping they can knock their traditional rivals off the top spot in the world’s largest robot competition.

“I think we’ve got a good chance of winning this year. We’ve done a lot of hard work on various skill elements and we’ve introduced a couple of new techniques,” says Maurice Pagnucco, Head of UNSW’s School of Computer Science and Engineering.

“We’ve developed a nice little sidestep to help us go around opposing players,” he says of the autonomous humanoid robots.

There is no remote control for these mini robotic Renaldos. Everything needs to be pre-programmed. The team has written 125,000 lines of code to help them move, kick, recognise colours, shapes, lines on the field and the all-important goal posts.

And while you might think robot soccer players would be less injury prone than their human counterparts, apparently that’s not the case.

“They break joints all the time – they go through a lot of knee joints – the gears wear out so we need to take extra parts – and extra players,” says PhD student Sean Harris who is heading to his fourth World RoboCup tournament.

Joining the five-a-side team for the first time this year will be a robot coach. However there won’t be any android antics on the sidelines – no pacing up and down yelling instructions.

“He sits on the sidelines and can take an overview of play and send strategies to the team, albeit with a 10-15 second delay,” Harris says.

The aim of RoboCup is to inspire and motivate research into cognitive robotics and machine learning.

“It is an excellent training ground. Working on such a massive project tests all the fundamentals of programming. The students also pick up a lot of skills around project management and teamwork,” says academic supervisor Bernhard Hengst.

UNSW, Australia’s leading RoboCup squad, has been competing in the World RoboCup competition since 1999 and has regularly placed in the top three teams.

There are nine members in the 2014 rUNSWift team, including past RoboCup participants and supervisors who have been involved for more than a decade.

“We’ve got a bit of an all-star team this year,” says Hengst.

The tournament, which runs from July 19-25 in the Brazilian coastal town of Joao Pessoa, will involve more than 3000 participants from 45 countries – and an equal number of robots. 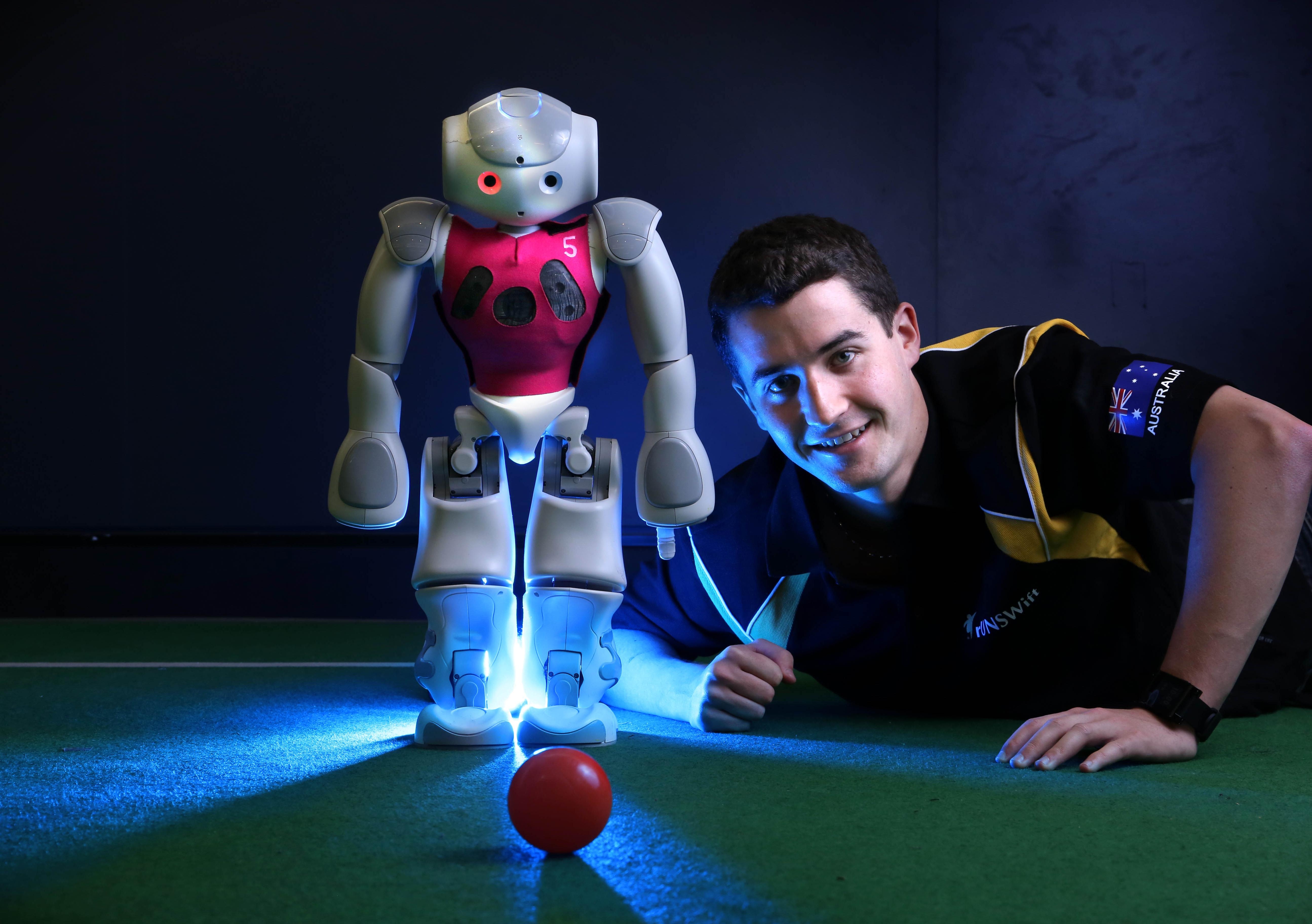 “They break joints all the time – they go through a lot of knee joints – the gears wear out,” says PhD student Sean Harris. Photos: Grant Turner/Mediakoo 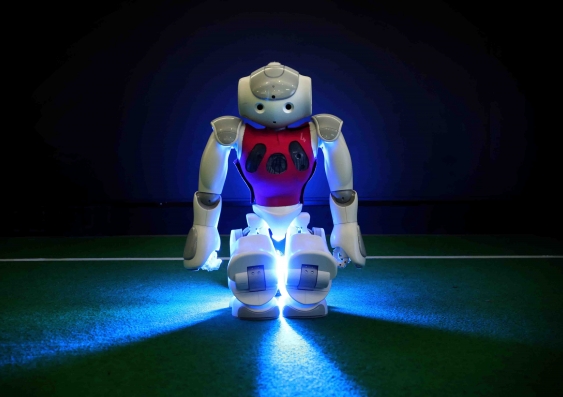 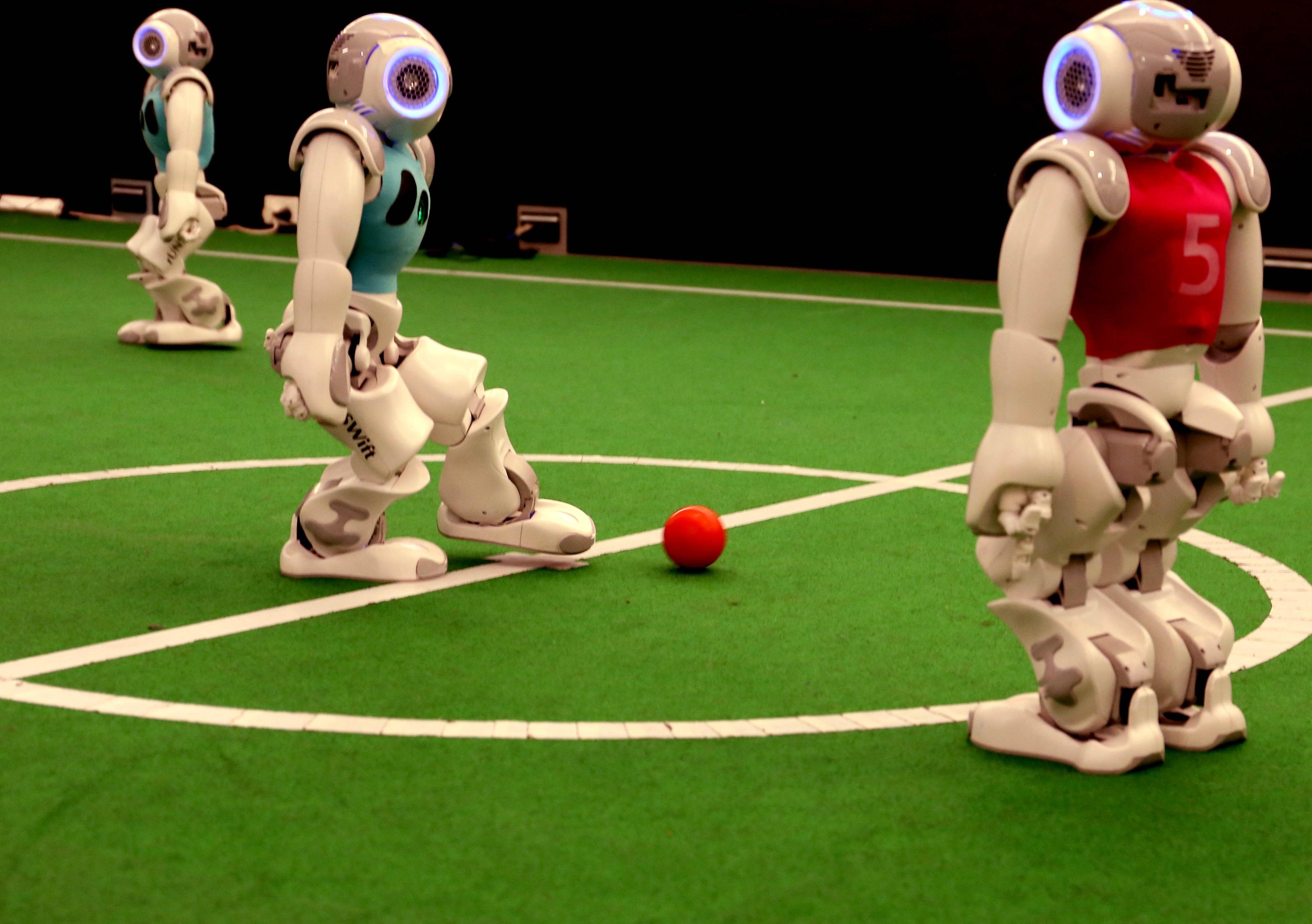