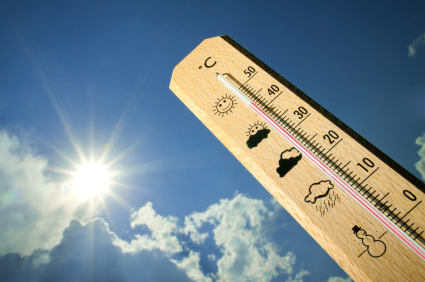 While the surface of the Earth has warmed over the last century, there has been no significant warming trend since 2001. Periods of a decade or longer with no significant warming (or even cooling) superimposed on long term warming have recently been termed “hiatus periods”.  While such hiatuses may seem strange given that greenhouse gases warm the planet, they are not unusual in observations and model simulations of climate.  Indeed, they characterise the interplay between shorter-term decadal variability and long-term trends.

New research published in “Geophysical Research Letters” this week uses the latest generation of global coupled climate models to investigate what has caused hiatus periods over the last century and the likelihood of warming hiatuses occurring into the future.

CCRC PhD student Nicola Maher led the study and found that past hiatus periods occur in three categories. The first type occurs after large volcanic eruptions. Eruptions such as Krakatau and Pinatubo can spew large amounts of aerosols into the atmosphere.  These volcanic aerosols reflect sunlight and act to cool the surface of the Earth.  The second type of hiatus period is associated with a transition into the negative phase of a decadal mode of climate variability known as the Interdecadal Pacific Oscillation (IPO). This oscillation is known to affect heat uptake in the Pacific Ocean. In this scenario increased heat uptake by the ocean acts to cool the surface of the Earth, causing a hiatus to occur. Finally, the third type of hiatus is found in the mid-twentieth century, again generally associated with a trend to a negative phase of the IPO, but also enhanced by human-induced output of aerosols after World War II.

The authors find that under a future where greenhouse gas emissions continue to rise, there can still be hiatus periods driven by a negative phase of the IPO, but the Pacific variability must be stronger than usual to cool the globe in the face of sharply rising greenhouse gases.  However, these hiatus periods become highly unlikely during the second half of the 21st Century.  They find in particular that after around 2030, the rate of global warming will be so fast that even large volcanic eruptions (for example on the scale of Krakatau) are unlikely to drive a hiatus decade that interrupts global warming.