UNSW researchers have built an Australian-first bicycle that can take riders up to 125 kilometres on a single battery charge and $2 of hydrogen. 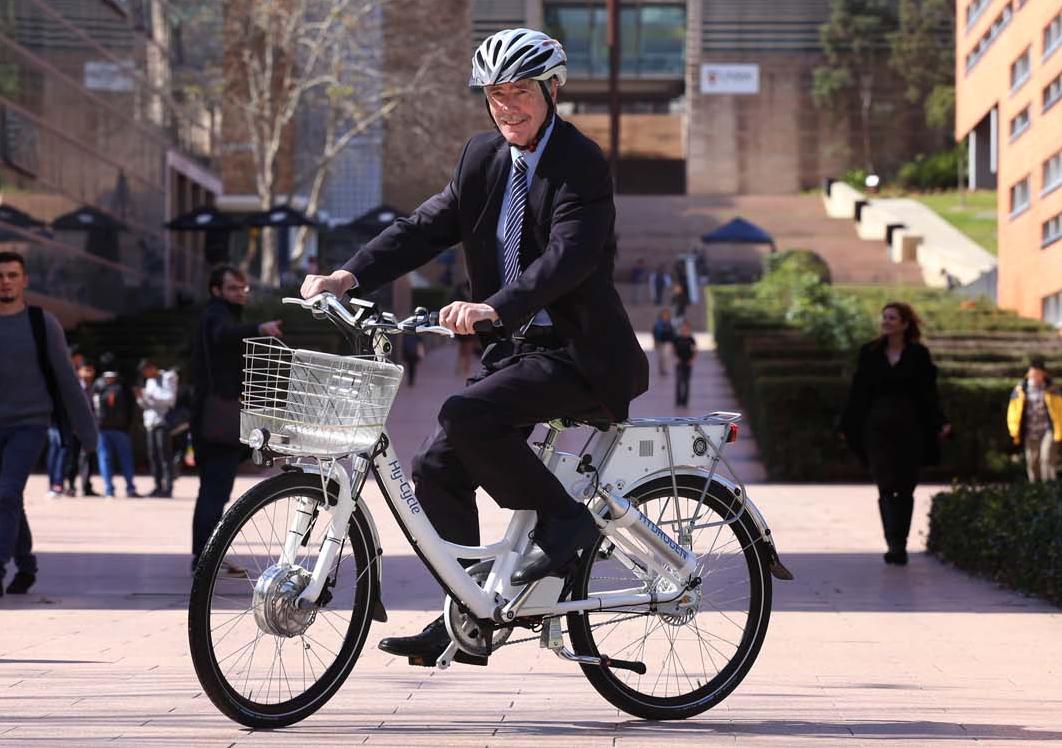 UNSW researchers have built an Australian-first bicycle that can take riders up to 125 kilometres on a single battery charge and $2 of hydrogen.

The Hy-Cycle, created by a team including Associate Professor Kondo-Francois Aguey-Zinsou and Technical Officer Paul Brockbank from the School of Chemical Engineering, is powered by a hydrogen fuel cell.

The fuel cell provides electrical assistance with pedalling, enabling the rider to easily travel long distances or up hills.

This could make the Hy-Cycle a low-cost, sustainable transport option.

"Cities such as London and Paris are trying to provide fleets of bicycles that people can hire for a few hours a day to commute to and from work," Aguey-Zinsou says. "This is a key market for the Hy-Cycle."

The Hy-Cycle’s main innovation is the demonstration of hydrogen as a clean and safe energy.

"What we've been trying to develop in my lab is a new way to store hydrogen in a very compact fashion," Aguey-Zinsou says.

"Hydrogen storage can be a problem because it's a light gas, but with the material and the technology we've developed you can actually make it safe to store and use."

Hydrogen for the Hy-Cycle is carried in a 2.5-kilogram canister that sits adjacent to the pedals. The canister feeds the fuel cell, which is located under the seat and continuously recharges a Lithium-ion battery.

A standard metal hydride inside the canister enables safe, user-friendly storage of the hydrogen.

One kilogram of the standard metal hydride is capable of storing 100 litres of hydrogen, but Aguey-Zinsou and colleagues at the Material Energy Research Laboratory in nanoscale (MERLin) at UNSW are now developing borohydrides that could store the same amount of hydrogen using just 50 grams of storage material.

Hydrogen for the Hy-Cycle can be produced with as little as 100 millilitres of water. The water is split into its elements – oxygen and hydrogen – and the fuel cell recombines the hydrogen with oxygen to produce electricity.

However, Aguey-Zinsou envisions a future where riders could purchase replacement canisters from a network of distribution points, rather than needing to produce hydrogen.

The researchers believe hydrogen power should be afforded the same opportunity to shine as other renewable energy technologies, such as solar.

"We should not be waiting to harness hydrogen fuel cell technology when it is ready now," Aguey-Zinsou says.

"I think Australia has been missing a lot of great opportunities through its focus on solar, when the reality is we have a lot of other renewable capabilities that we can take and make happen.

"Hydrogen fuel cell technology is very exciting because it means we could have unlimited and clean energy supplies for our children."

The Hy-Cycle will be publicly launched at UNSW Open Day today (Saturday 6 September).

Aguey-Zinsou sees the Hy-Cycle as a showcase for the potential practical applications of a chemical engineering degree.

UNSW research in engineering/technology and computer science has been ranked 42 in the latest Academic Ranking of World Universities, making UNSW the best performing Australian university in the field.

"We wanted to build something to show students that chemical engineering is not only about building big plants to synthesise chemicals," Aguey-Zinsou says.

"It's also about building new things we can be proud of now that we may use more intensively in the future."

Technical specifications for the Hy-Cycle 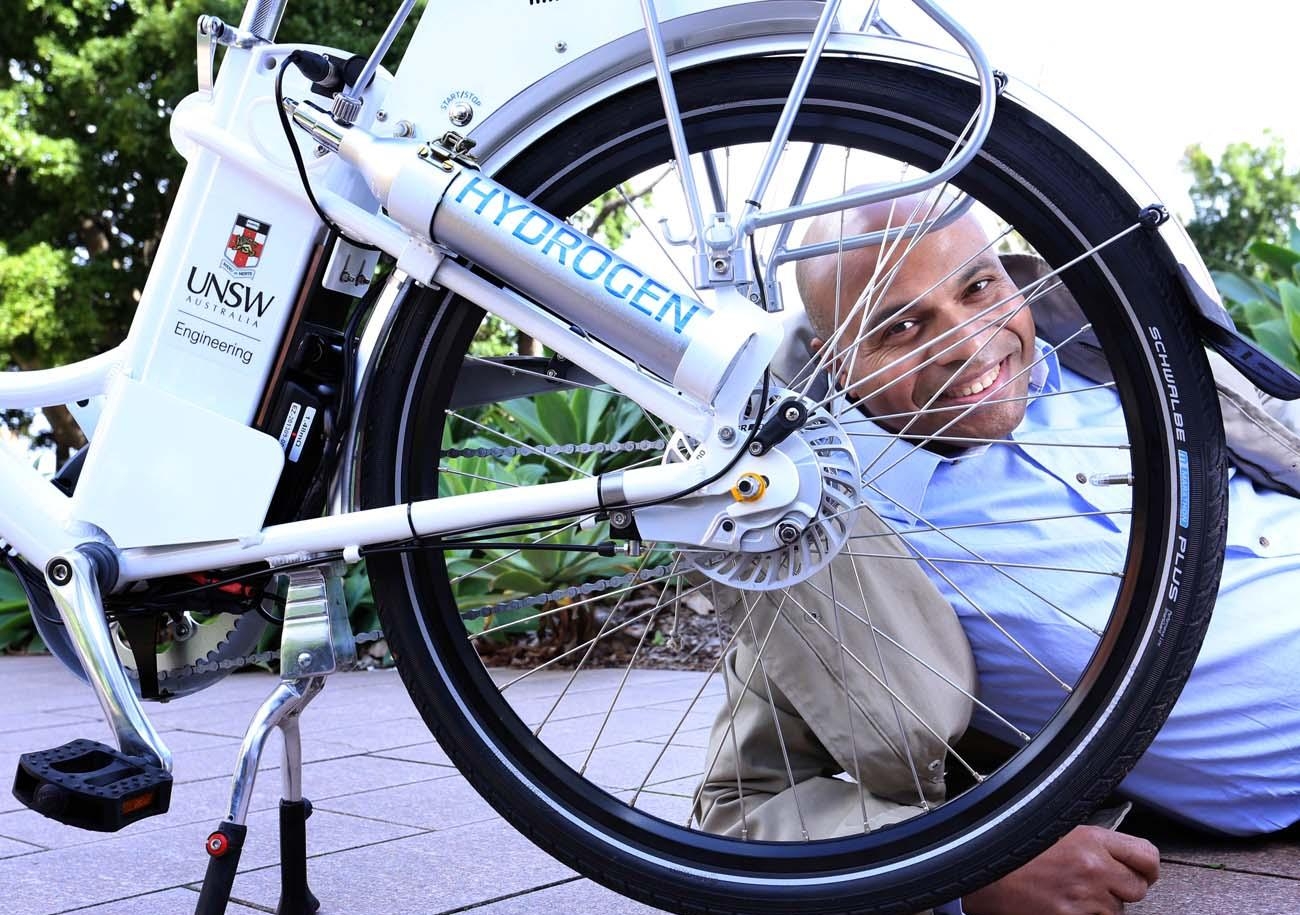 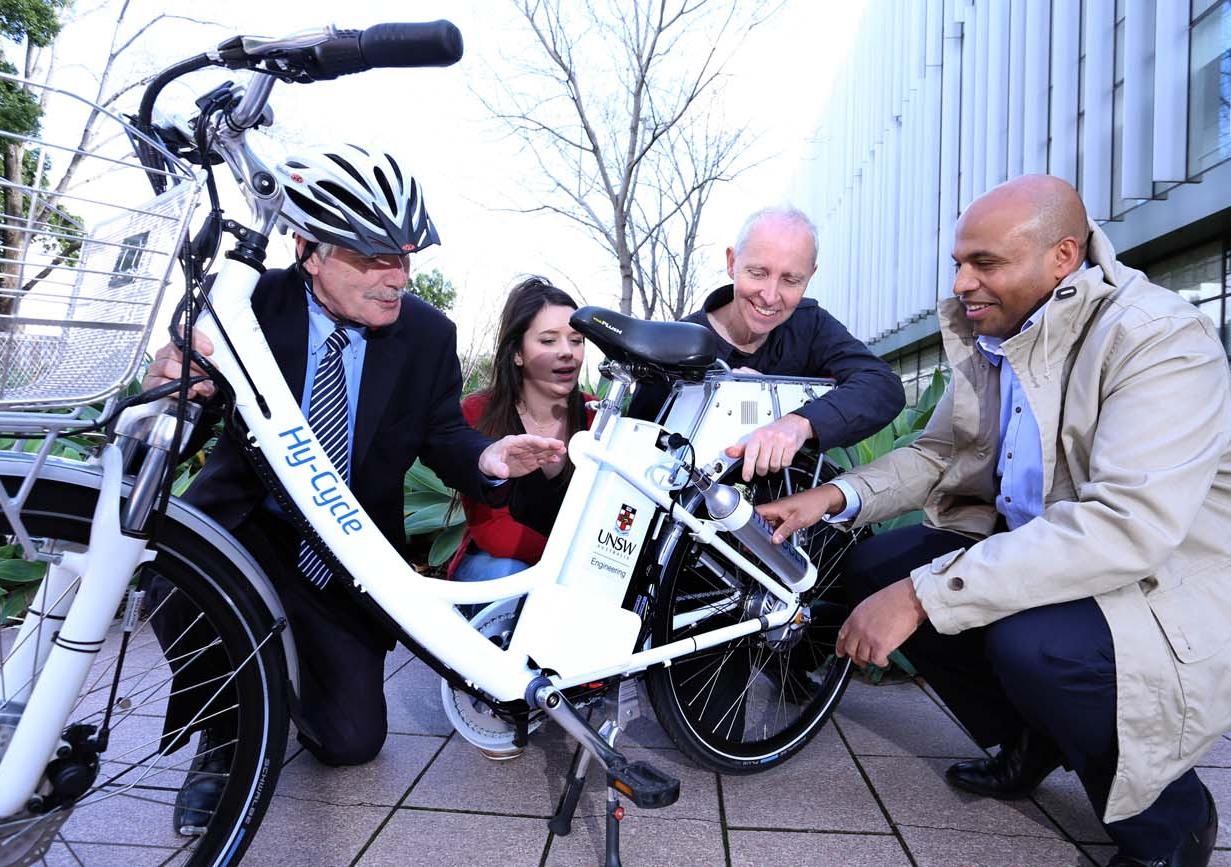 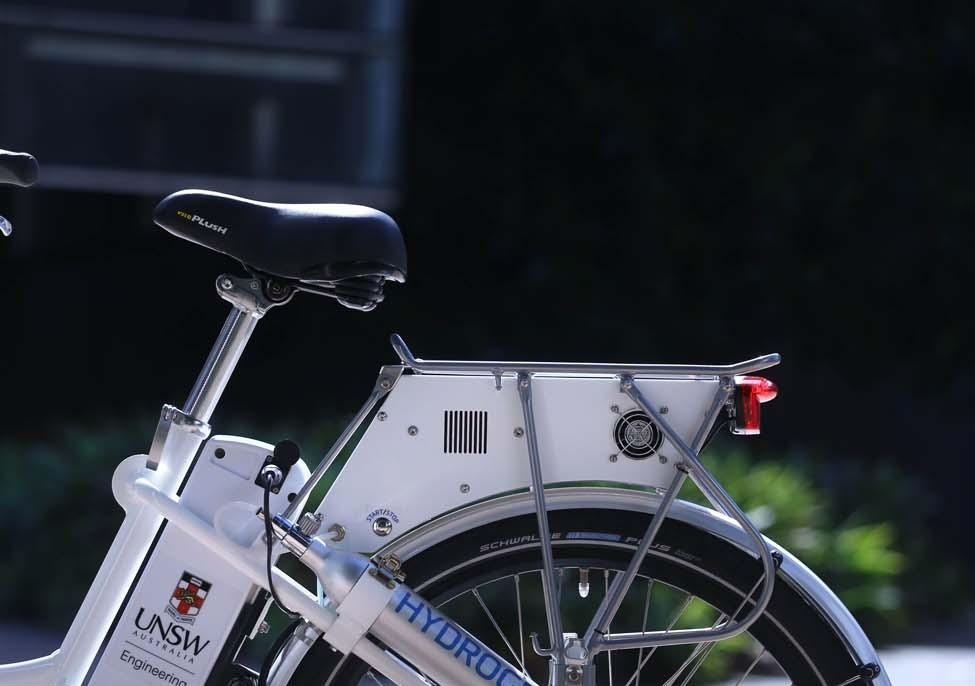 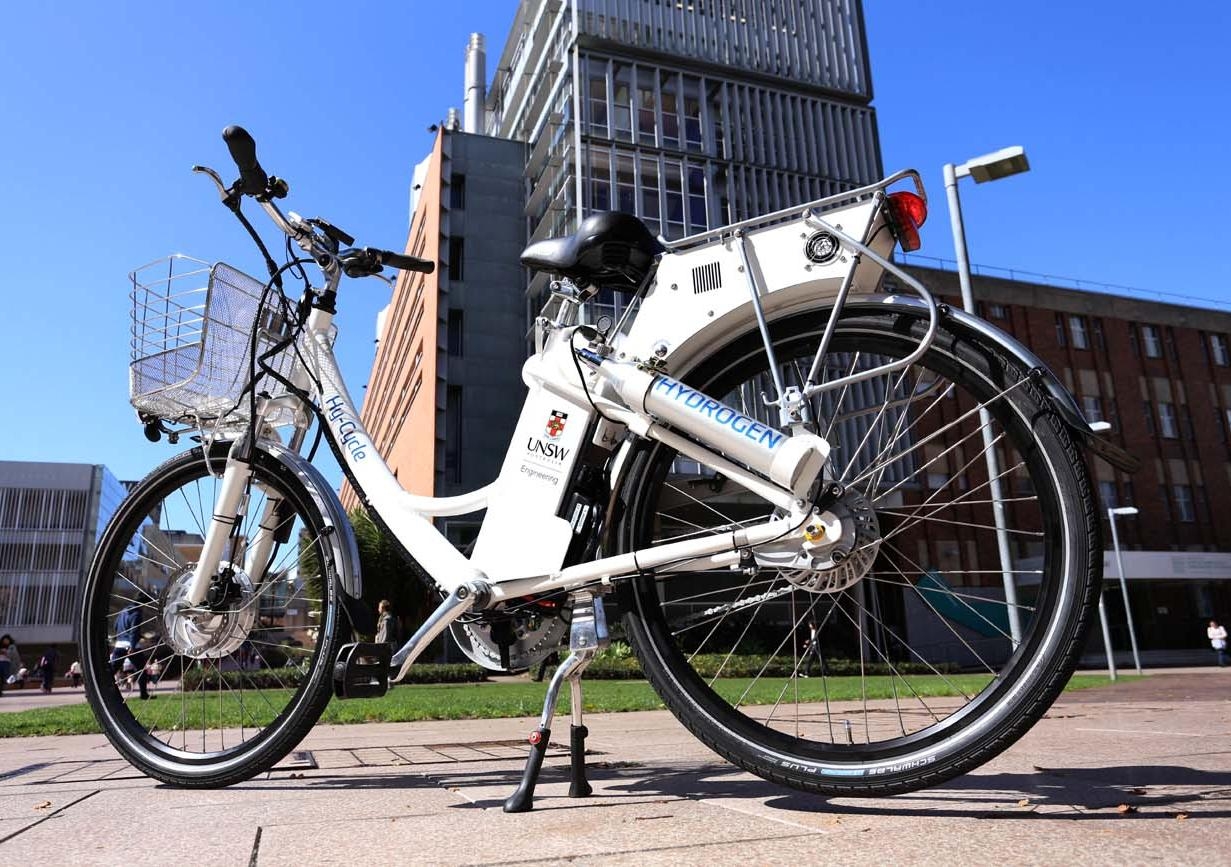