The National Water Commission is to be wrapped up due to federal budget cuts. Yet when it comes to water management and reform, it's clear there is unfinished business, writes Stuart Khan. 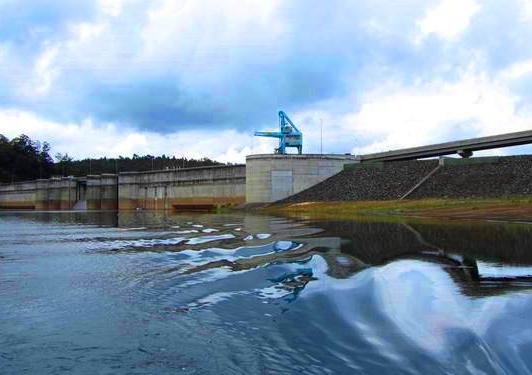 OPINION: Summer is coming and, with it, dry conditions for many parts of Australia. While it may be difficult to imagine for city dwellers, parts of regional Australia will likely face severe water shortages over the coming months.

The 10-year assessment of the National Water Initiative released this week by the commission confirms the importance of the initiative for water reform.

But the National Water Commission will be wrapped up at the end of the year due to funding cuts under the 2014 federal budget.

The report is laden with dozens of dams and other major water infrastructure projects proposed for potential commonwealth support. It states that such support would be dependant upon alignment with National Water Initiative principles.

However, without the National Water Commission, there is no obvious responsible body to make an independent expert assessment on whether such principles have been adhered to.

Streams and rivers transport water across great distances and feed groundwater aquifers underlying enormous areas such as the Great Artesian Basin. With the obvious exception of Tasmania, these surface water and groundwater systems rarely respect state and territory boundaries.

Australia’s constitution states specifically that: “The Commonwealth shall not, by any law or regulation of trade or commerce, abridge the right of a State or of the residents therein to the reasonable use of the waters of rivers for conservation or irrigation.”

Arguably, the greatest achievement of the government under former prime minister John Howard was to oversee the development and signing of Australia’s National Water Initiative. This document was the first formalised agreement to work together to achieve national water management objectives, following the initial 1994 Water Reform agreement.

To guide the implementation of the initiative, Howard established an independent statutory authority, the National Water Commission, in 2004. The commission was to provide independent, evidence-based advice to the Council of Australian Governments and the Australian government.

Throughout the last decade, the oversight of the National Water Commission has produced progress towards many of these goals.

Formal allocation of water to the environment has revived the long-term survival prospects for wetlands and other ecosystems.

Major urban water supplies have been bolstered. This has drastically reduced the likelihood of water restrictions being imposed for most Australians in the coming decades.

Drought-plagued states of the USA, such as California, now point to Australia’s National Water Initiative as a successful example of cooperation to achieve more sustainable water management.

But for all these successes, there remains much more to be achieved. While our state capital cities have achieved high levels of water supply security, the same cannot be said for many of our regional towns and cities.

For example, many in NSW are likely to face severe water shortages before the end of the summer. Improvements in water efficiency and water conservation, as well as new water resources, will be required.

The Commonwealth government and the National Water Commission played a key role in navigating the water sector through new extremes and supporting the economic viability of many towns and cities during the millennium drought.

Without the National Water Commission, there is now no clear avenue through which to drive and harness the benefits from national coordination in water reform.

Equal to the importance of managing water availability is the need to ensure safe drinking water. There is evidence that many regional drinking water supply systems fall short when it comes to managing water quality, protecting public health risks and ensuring the efficient delivery of water and wastewater management.

But improvements are hindered by lack of a nationally coordinated strategy for safe drinking water quality management or a framework for driving greater efficiency.

There are plenty of other areas that a national water overseer could improve.

During the past decade, the commission has facilitated great gains in research and development efficiency by encouraging national collaboration among industry and research providers including the universities and the CSIRO.

Without the commission, the research and development sector will lack a “line of sight” to embed new findings in practice and ensure Australia remains at the frontier of innovation in water.

Skills and training, such as those required for operating drinking water treatment plants, are poorly coordinated in Australia, largely to the detriment of regional towns and cities.

An organisation like the National Water Commission would be ideally placed to oversee the development of national skills coordination, including consideration of how large capital city water utilities could assist in the training of regional and rural suppliers.

Compared to the capital cities, regional water supply and wastewater facilities tend to be based on small systems with few economies of scale. Factors such as design and performance evaluation can be made more economic where national standards are developed and accepted, thus setting clear achievable benchmarks for compliance.

The commission played a key role in developing guidelines for water recycling, providing safe and economic means to re-use wastewater and conserve freshwater.

Similarly Australia could do with national guidelines for coal seam gas and groundwater, and economic appraisal.

Our state capital cities each run highly profitable water supply utilities, which pay tidy annual dividends back to their state government owners. Sydney Water, for example, pays the NSW government a dividend in the order of A$300 million per year. This profitability arises from many factors including long-established major infrastructure and the large economies of scale that come with large high-density populations.

But many Sydney residents also spend some time in regional Australia. Most would presumably prefer to have the benefit of safe and reliable water supplies when they do.

In the last 10 years, the Australian water sector has been through the most profound reforms in our history. Indeed, they have had to navigate through new extremes in drought and flood and deal with the increasing risk from more complex water sources. Without these, many towns and cities may have run dry.

But the world in which water is managed continues to change, and there is unfinished business from the National Water Initiative. Now is not the time to rest on our past achievements — the drivers may have changed but new issues can and will continue to emerge.

A loss of focus on the National Water Initiative would be an enormous lost opportunity for ongoing coordinated, cooperative water management in Australia.

Stuart Khan is an Associate Professor in Environmental Engineering at UNSW. 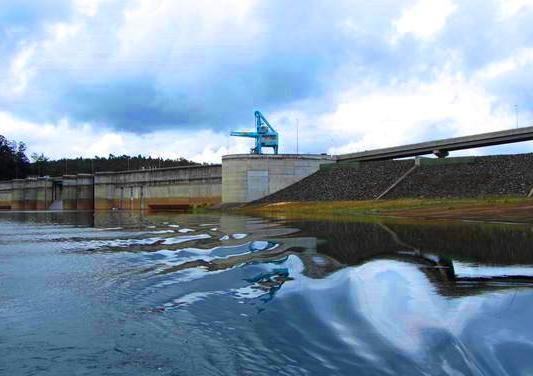