A team of UNSW engineering students has been officially recognised as the new world record holders for the fastest electric vehicle over a distance of 500 kilometres. 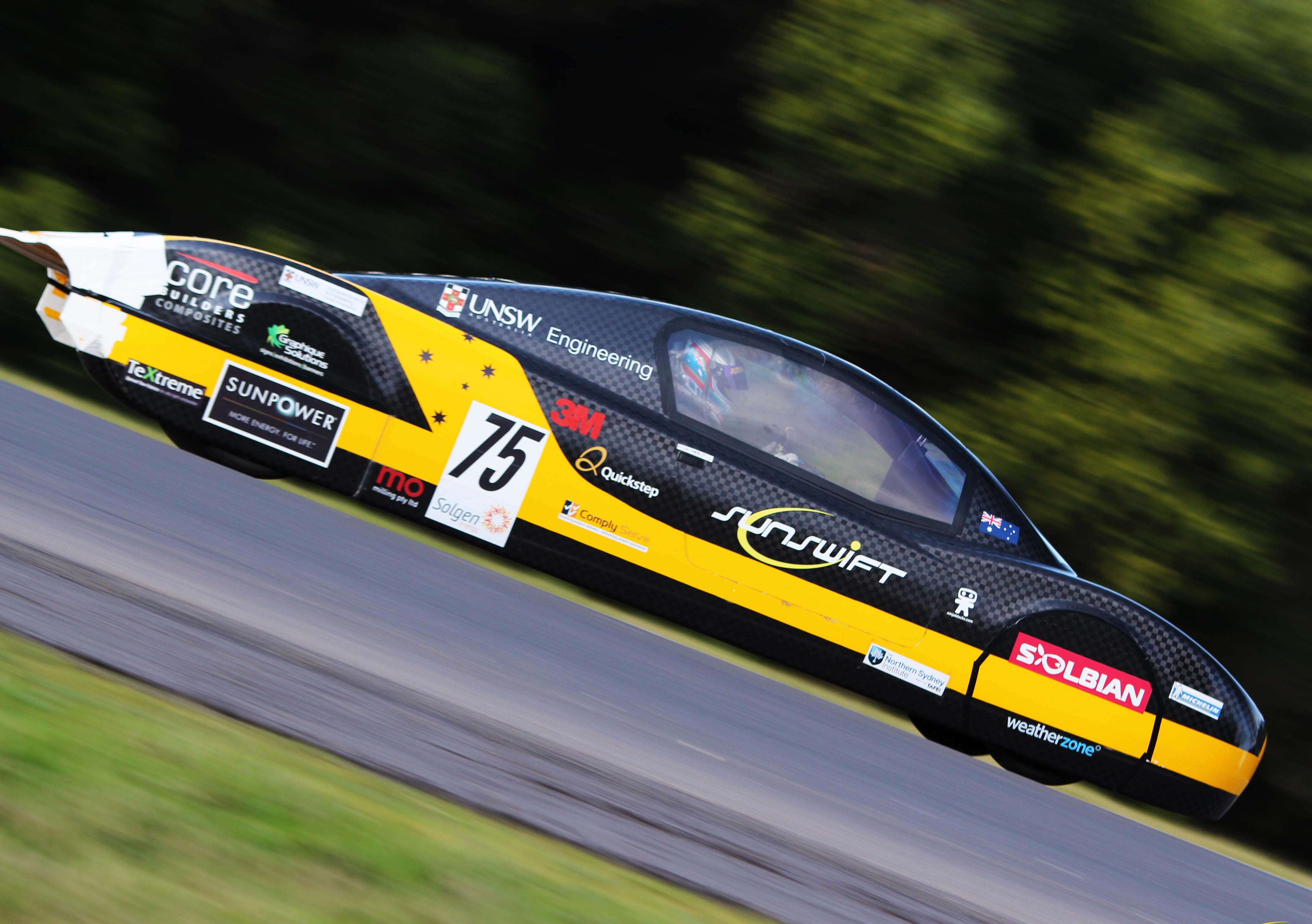 A team of UNSW engineering students has been officially recognised as the new world record holders for the fastest electric vehicle over a distance of 500 kilometres.

The Fédération Internationale de l'Automobile (FIA), world motorsport’s governing body, updated its official record with the new mark of 106.966 kilometres an hour set by team Sunswift in July (pdf). The previous record of 73 kilometres an hour stood for 26 years.

“It's not often you can confidently say you made history before you even graduated,” Sunswift’s project director and third-year engineering student Hayden Smith said.

Sunswift is Australia’s top solar car racing team. Its current vehicle eVe is the fifth to be built and raced since the team was founded in 1996.

More than 100 undergraduate students contributed to Sunswift’s successful world record attempt over the past two years.

“If there is one thing we've learned, it's that you're never too young to make an impact,” Smith said.

UNSW Engineering Dean Professor Graham Davies congratulated the students for what he called “another exceptional feat”.

“For a student project to achieve a new world record for electric vehicle speed and endurance is truly remarkable,” Professor Davies said.

“It goes to show what exceptional students we have here at UNSW.”

With the world record now official, the team is set to embark on its next major challenge – modifying the eVe to meet Australian road registration requirements.

“eVe will now be taken off the road for a few months to begin the transformation,” Smith said, adding that the car could be registered and on city streets within a year.

“We've always wanted to keep pushing the cultural change towards electric vehicles, and this is another big step in that direction.”