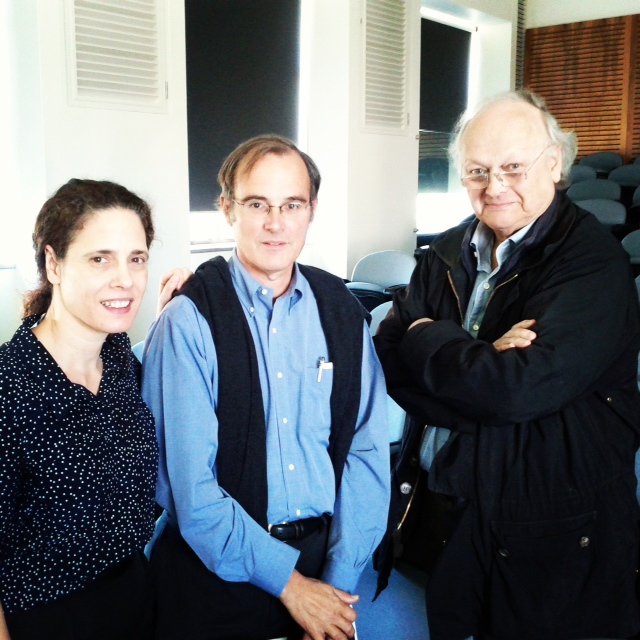 The Urban Studio is conducted as a design idea competition for an innovative transport and education urban node in the Lower UNSW Campus. It includes:

The Urban Studio reflected on Harry Seidler’s 1980 Six Lectures as part of his UNSW Design Studio for a New School Of Architecture. The following guests were invited to respond or introduce the lectures.

The photo above was taken by architect Mariana Martin. It features Polly Seidler, Berry Bergdoll and Glenn Murcutt.

30 October: after the public presentation of the five semi finalists, the top three projects will be selected.
14 November: Three finalists will formally present their design at Transport for NSW offices in Chatswood. On the same day the winning scheme will be announced and prizes will be awarded.