We need more women in science and technology

If we want to secure Australia’s future prosperity, challenging the stereotype of the scientist as a man in a white lab coat is a good place to start, writes Veena Sahajwalla. 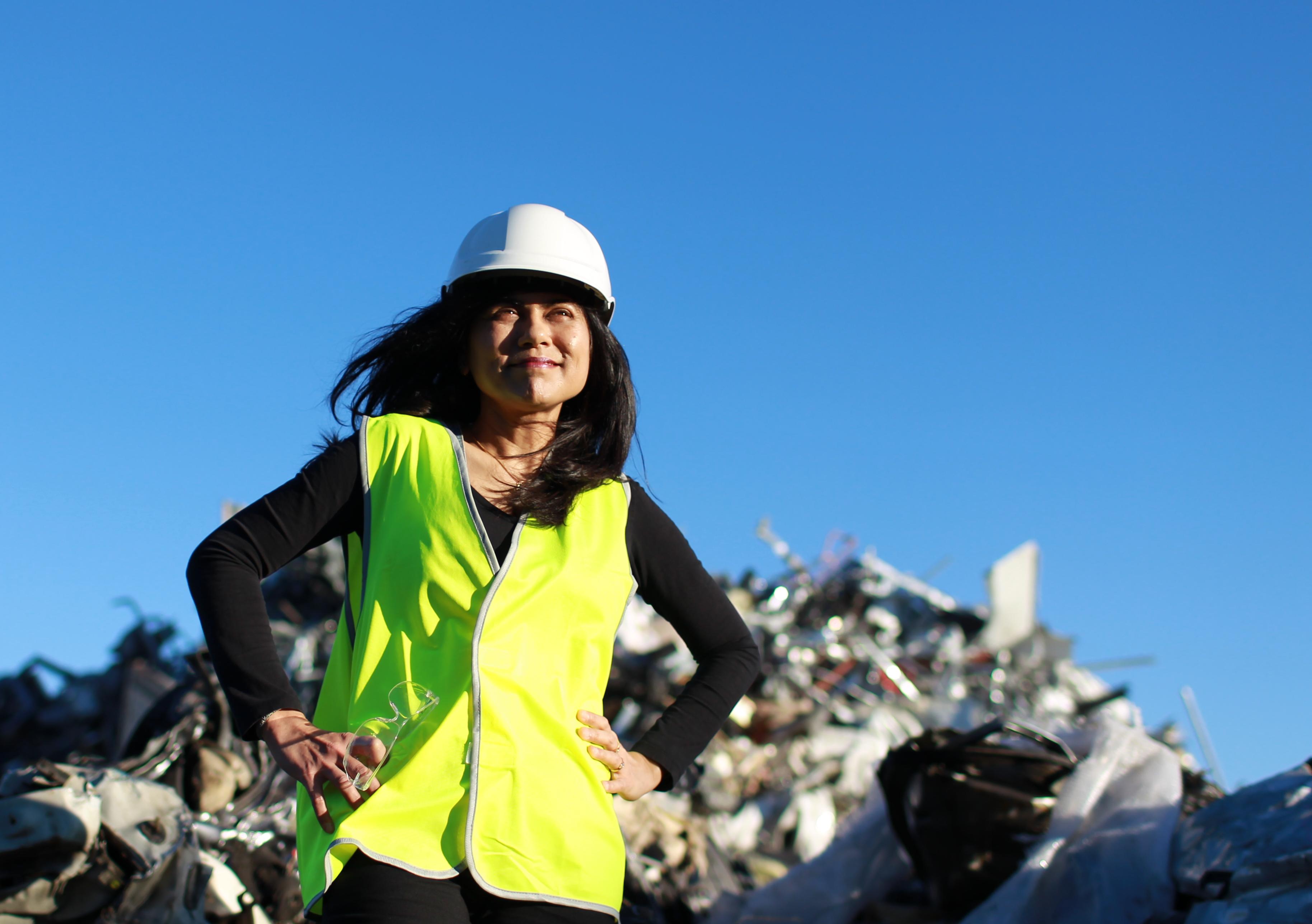 OPINION: If we want to secure Australia’s future prosperity, challenging the stereotype of the scientist as a man in a white lab coat is a good place to start. Most Australians do appreciate that we’ve never been so dependent on technological innovation and scientific discovery in our daily lives, and on the many related skills and professions that entails. Yet, if we look at our skills pipeline, there are two clear and alarming trends.

First, student interest in the so-called STEM subjects — science, technology, engineering and mathematics — has long been falling. Between 1992 and 2009 the proportion of Year 12 students who studied physics, chemistry and biology fell 31 per cent, 23 per cent and 32 per cent respectively. Although 73 per cent of today’s students do persist with maths, there has been a shift away towards elementary courses. Only one in 10 now studies advanced maths, one of the tools for a range of STEM-based university courses.

Second, but as important, half of all students — our girls — are forgoing science and technology courses and careers in droves. The number of girls taking advanced maths is half that of boys, and only 1.5 per cent of girls do the STEM trio of subjects — advanced maths, physics and chemistry — in Year 12.

What’s this got to do with stereotypes? As a scientist and engineer, I would argue: a lot. And, having begun my higher education as the only girl in my engineering class, I’d like to be part of a positive change.

Four years ago, an Australian survey of students sought to work out why chemistry, physics, higher level maths and even biology were increasingly unattractive to students in their final years of high school. Many students, both boys and girls, replied that they “couldn’t imagine themselves” as scientists, presumably huddled over their test tubes in a lab.

For girls this is a particularly incompatible image. Worldwide, numerous research projects have shown that science is perceived as more “male” than “female”. Even some senior female scientists registered a gender bias towards science as a male pursuit in Harvard’s famous Implicit Association Test. Overall, of the millions who have scrutinised the own underlying attitudes via the IAT, more than 70 per cent of respondents have linked science to men.

In NSW, a recent analysis of HSC science and maths showed a worsening gender imbalance as female participation wanes.

In 2012, Australia’s Chief Scientist, Ian Chubb, warned of widening gender discrepancies in many STEM programs: “We are not making the best use of our talent. This is particularly true in science, engineering and related areas.”

Globally, the picture is similar. In Australia only 10 per cent of senior science faculty positions are held by women. In the US, half the science doctorates are awarded to women, yet only 21 per cent of science professors and 5 per cent of engineering professors are women; and they earn 82 per cent of the comparable average male salaries. In Europe the gap is even larger. But to challenge the science stereotype as merely a gender issue is far too simplistic and risks overlooking the bigger picture. First, Australia needs to engage more young people with the mysteries, fascination, drama and possibilities of careers in science and technology. That means boys and girls, young men and young women.

The stereotype of anyone stuck isolated in a silent, sterile research laboratory does not do our fields justice. Just as science and technology reaches into almost every aspect of our daily lives, so too do the possibilities for dynamic, engaging and satisfying science and technology-related careers.

Almost any contemporary problem can be solved using STEM skills. That may take students outdoors or underwater to investigate the health of our waterways, into industry to help manufacturers reclaim valuable resources from waste, or into the realm of space to work on satellite configurations for mapping earthquake damage, tracking floods or measuring crops. These are not static lab-based jobs. In fact, the possibilities and career paths are as broad as our imagination.

We already know that of our fastest growing occupations, about 75 per cent require STEM skills. For all students receiving their Year 12 results, this is something to consider when finalising university course choices. For girls, though, it’s especially critical to take the extra step forward of discarding the male bias. And those of us who’ve already made our way through our chosen science, engineering or maths fields have a responsibility to help demonstrate that it really isn’t just a man’s world.

Although 10 per cent of science leadership positions held by women sounds low — and it is — that is still quite a significant number. There are plenty of us available to mentor and support the next generation, and to use our wide networks of industry, research and public-sector contacts to introduce girls and young women to the many possibilities our fields offer.

And it’s important not to get stuck in the past. Take Hedy Lamarr, the glamorous 1940s Austrian-American actress who also became a pioneer of wireless communications. She is widely quoted as having quipped: “Any girl can be glamorous — all you have to do it stand still and look stupid.” In 1967, PhD student Jocelyn Bell — who went on to discover those extraterrestrial sources of radiation, pulsars — used to take off her engagement ring every morning before she went into the lab. Even as recently as the 1970s, girls have reported been told unequivocally by male lecturers that they would never pass their engineering courses.

That is definitely not what awaits girls these days. We’ve already made some big strides. The challenge now is to harness the extra energy we need to keep walking in the right direction.

Veena Sahajwalla is a Scientia Professor and Laureate Fellow at UNSW. She will launch the Science 50:50 program in January to inspire girls and women to take up STEM study and careers.