The NSW desert has been hit by record-breaking rainfall, with the biggest downpour in 45 years recorded at UNSW’s Fowlers Gap Arid Zone Research Station. 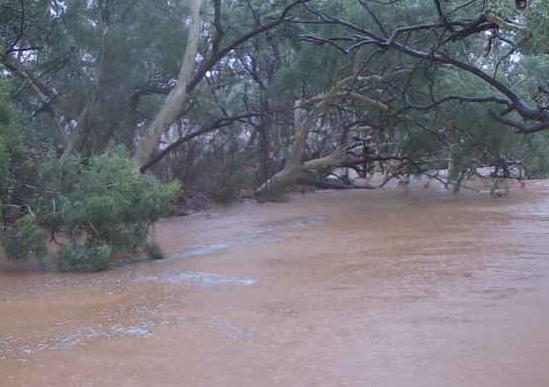 The NSW desert has been hit by record-breaking extreme rainfall, with the biggest downpour in 45 years recorded over a two-day period at UNSW’s Fowlers Gap Arid Zone Research Station near Broken Hill.

A rain gauge on the remote research station recorded 61.4 mm of rain on Friday 9 January 2015 – the 12th highest on record. This was followed by another 117.4 mm the next day – the highest on record, breaking the previous daily rainfall record of 116.1 mm in 1971.

The total of 178.8 mm of rain during a 48-hour period has not occurred before during the 45 year years of rainfall measurements at Fowlers Gap.

The latest measurements were collected with new equipment installed as part of a $15 million UNSW-led project to monitor groundwater across the continent, funded by the federal government’s National Collaborative Research Infrastructure Strategy.

“What made this January event extreme was that a high rainfall event was followed the next day by the highest rainfall recorded. This combination was quite amazing and just what we wanted to test our recently installed research facilities,” says Professor Ian Acworth, of the UNSW Connected Waters Initiative Research Centre.

“The water rose quickly, with a two-metre high flood wave moving down Fowlers Gap Creek. The creek rose to just short of four metres during the second day. The main reservoir on the property, Freislicht Dam, which was almost completely dry, filled to capacity during the two days, rising by about five metres.”

The floods have also ripped up roads and cut access to the property. But the much-needed rain is expected to transform the often-dust blown landscape, leading to a burst of life, with more vegetation, kangaroos, wallabies, emus and other bird life.

Rainfall has been routinely measured at Fowlers Gap station since the early 1970s.

“This long record is an incredible hydrological resource of international significance, which provides a unique opportunity to study the impacts of climate change in semi-arid Australia,” says Professor Acworth.

Previously, a 125-kilometre long trip on a farm bike had to be undertaken to collect the data every time it rained.  However, UNSW recently replaced the manual gauges on the property with a network of 18 automatic gauges which are monitored remotely via the internet, as part of the national groundwater monitoring project.

Video cameras and flow gauges have been installed on two creeks to monitor flood events and a dozen bore holes have been drilled. The UNSW team are waiting to see how much groundwater recharge has occurred from this major event.

“Groundwater keeps people alive across the whole of the dry inland of Australia, and it is vital to understand how rainfall replenishes the underground aquifers,” says Professor Acworth.

“Our results at Fowlers Gap also show that the pattern of rainfall can vary greatly, with only 60-70 mm falling during the two days on the plain just 10 kilometres away from the homestead.”

The 400 square kilometre station is one of six groundwater-monitoring sites across Australia selected for the national project.

Fowlers Gap is the only research station in the arid zone of NSW and other long-term research projects, including unique studies of kangaroos and birds, have been carried out there.

Studios are also available on the property for artists attracted by the dramatic arid landscape. 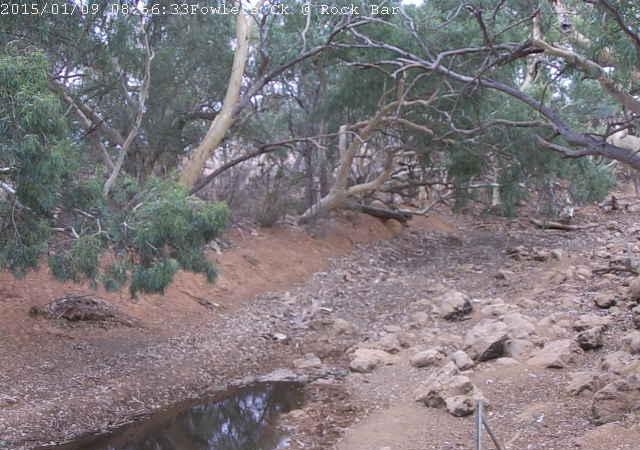