In a further demonstration of the high priority AGSM places on promoting and developing the leadership skills of women in Australian business, the school was the proud educational partner of the 2015 Leadership Agenda Women in Leadership Awards. 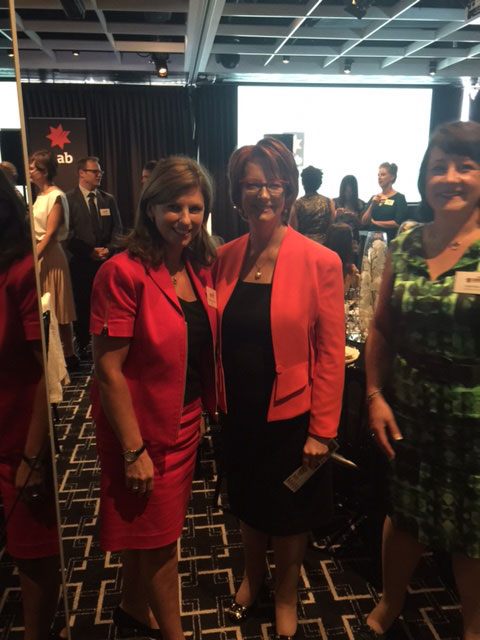 In a further demonstration of the high priority AGSM places on promoting and developing the leadership skills of women in Australian business, the school was the proud educational partner of the 2015 Leadership Agenda Women in Leadership Awards.

The awards, held in Sydney this week, included an impressive guest list of emerging and more experienced business leaders. None more notable than former Prime Minister, the Hon Julia Gillard who spoke at the event about her time in the top job. Gillard spoke of her passion to make education accessible to every child in the world. One of her key messages was that providing education to young girls leads to long term and sustainable social and economic change.

AGSM sponsored two major awards that recognised Emerging Leaders in the Public and Private sectors. As winners, Linda Spurr, General Manager from Airservices Australia and Lauren Williams, CEO of carsguide.com.au are eligible to undertake $5000 worth of executive education from AGSMs extensive programs and were particularly pleased to be able to receive such a hands-on prize.

Linda commented that she spends her working life trying to inspire others in her team to take on new challenges and strive for excellence so felt she had to practice what she preaches and accept the nomination. Applying for the awards and the concept of receiving personal accolades is something many of the finalists in the room agreed was a very hard pill to swallow.

Both women were chosen for their commitment to inspiring team cohesion and leading by example.

AGSM Director Professor Julie Cogin, who presented the women with their awards, said the sponsorship was born out of a likeminded vision to promote leadership at all levels of management.

"It was so inspiring to be in a room with an incredible array of business women at varying stages in their career. There was such a collegiate atmosphere and real conversation in the room about how to make things like equal pay and gender equality in the board room a reality.

AGSM is totally committed to being part of this conversation and getting involved in a really practical way.

Executive General Manager of NAB Business, Cindy Batchelor also took the opportunity to speak passionately about the need for women to take control of their financial future and how confidence is closely tied to success in leadership.

More information about the award ceremony can be found at Women's Agenda.​​