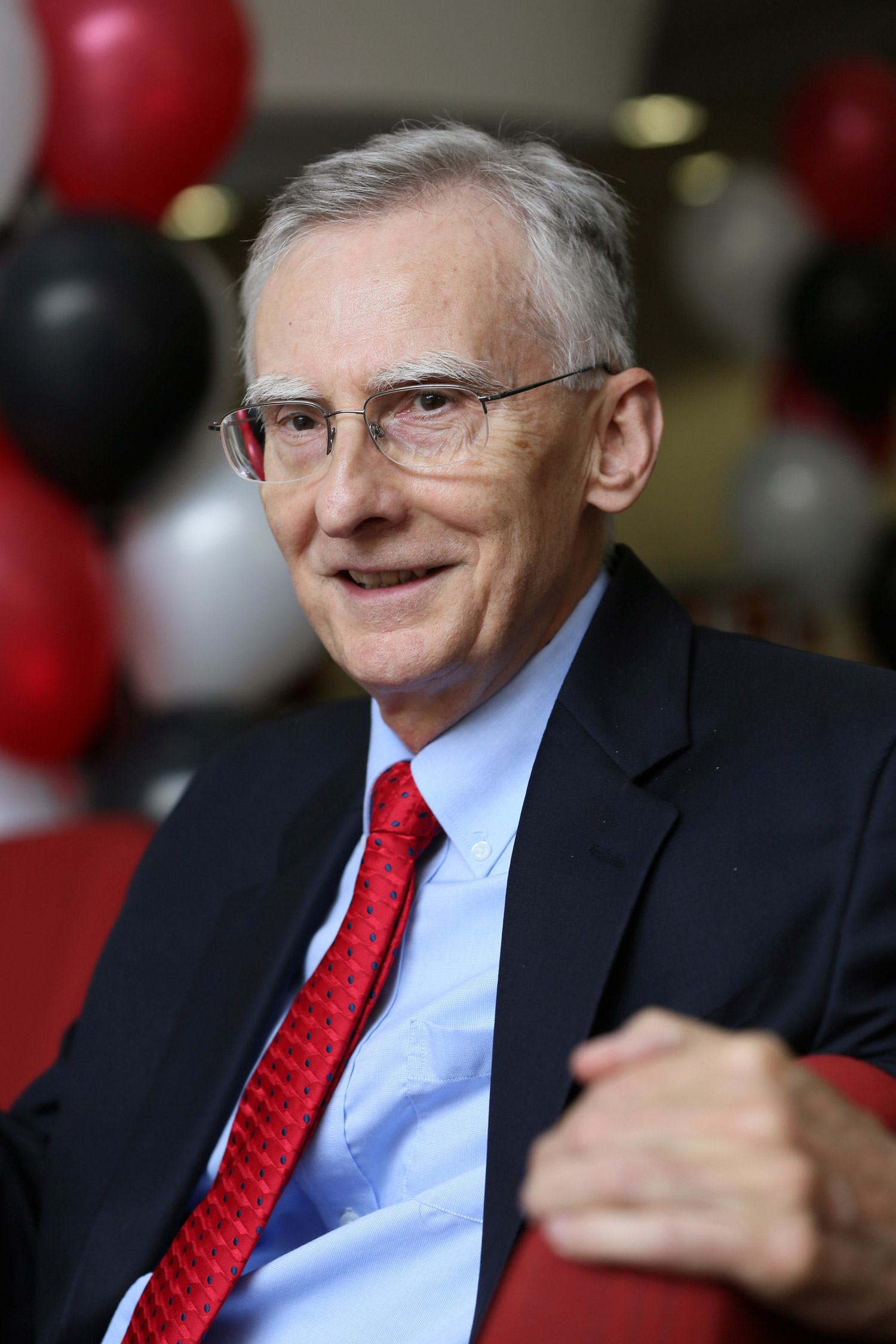 Songs from his favourite band The Beatles played while colleagues, former students and alumni gathered in the AGSM building to celebrate a great man and his significant contribution to management education and business research. Lex was also joined by his wife June, whom he met while she was working in the AGSM Library – considered in its day as the best business library in the Southern Hemisphere.

Lex’s long-time colleague and friend, Professor Chris Adam was on hand to pay tribute to Lex. He said some of the remarkable things he had learned from Lex were the importance of “diversifying your portfolio of interests” and sharing your friendships.

Director of AGSM, Professor Julie Cogin who hosted the event, reflected on the time she occupied the neighbouring office to Lex in the AGSM building. “I was always amazed by the incredibly long line of PhD students and junior academic staff waiting for Lex outside his office. He never turned anyone away and dedicated himself to supporting others realise their potential and instilling the values of hard work, perseverance and focus in all.”

Julie toasted Lex saying “the best is yet to come” suggesting that the sentiment holds good for Lex personally, and for the AGSM that bears his significant positive influence.

Lex and June plan to indulge their love of travel during his retirement, although a number of research projects he is undertaking “for fun” will keep him busy. One thing is for sure, he’ll never be far away from AGSM.