UNSW researchers are trialling new robotic technology to help wine producers better predict the coming grape yield, knowledge that could save the local industry as much as $200 million a year. 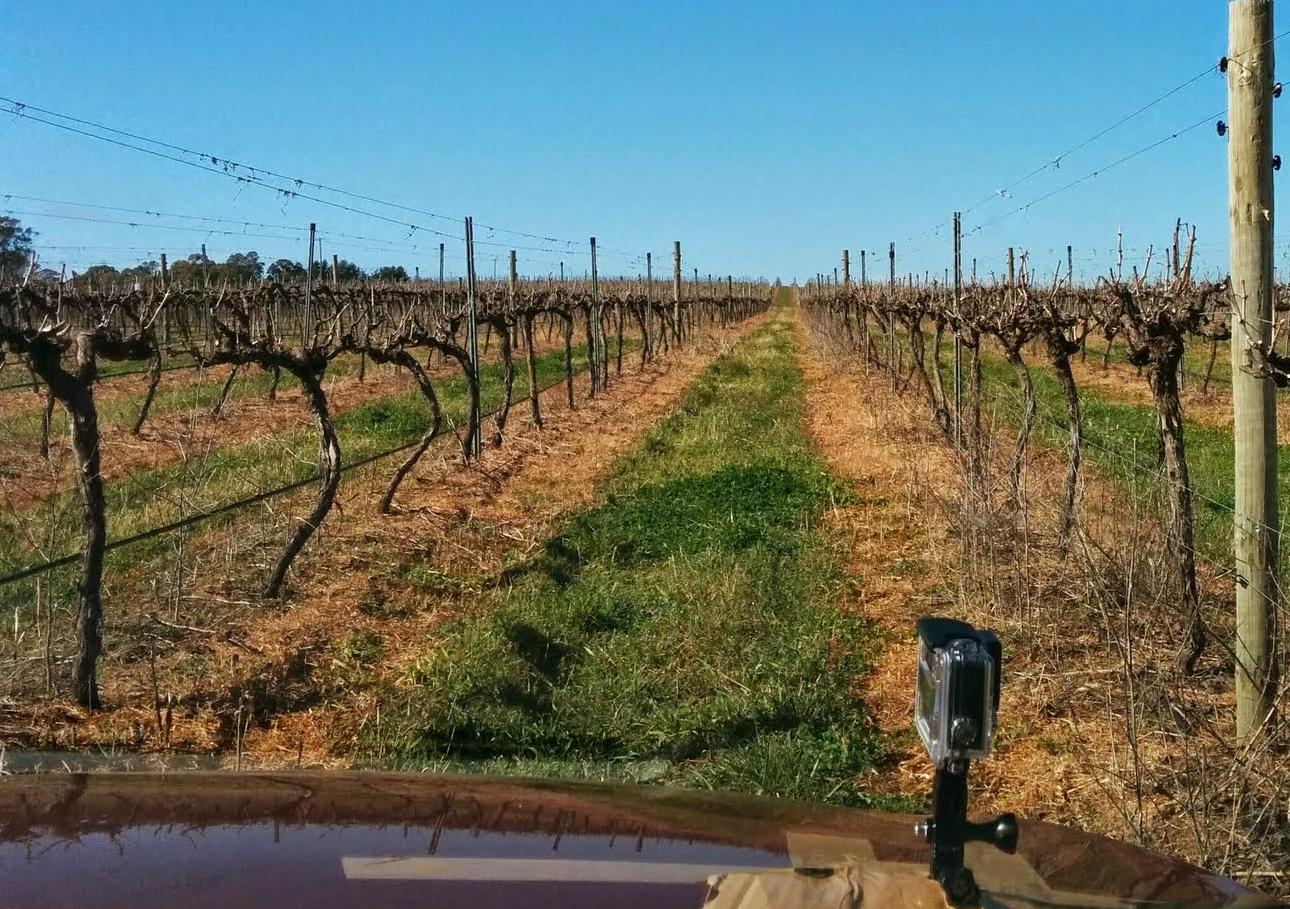 It may be one of the few times when combining cars, robots and wine is a good idea.

UNSW researchers have equipped a vehicle with cameras and robotic technology to help Australian wine producers better predict the coming grape yield, knowledge that could save the local industry as much as $200 million a year.

The car can be driven along rows of grapes to collect the information necessary to accurately estimate yields earlier in the season, potentially before the vines even begin to bud.

Knowing the grape yield early is essential in planning how many wine barrels to buy or rent, tank space to allocate and the tonnage of grapes to be transported.

The researchers – from­ UNSW’s School of Mechanical and Manufacturing Engineering – will trial three prototypes of the system at vineyards around the country this year.

Presently, the farmer or viticulturist must manually sample grapes at various stages of growth and use past knowledge to predict future production.

“It’s not a very exact science, and it’s very subjective,” says lead researcher, Dr Mark Whitty. “Early in the season, the estimates can be out by more than 50 percent.”

Dr Whitty, a mechatronics lecturer at UNSW, is leading one of three teams vying to improve grape yield estimates.

The researchers are building three prototype rigs, which they plan to trial at Jarretts of Orange – a cool-climate winery on the slopes of Mt Canobolas, near Orange in central NSW– and at vineyards in South Australia’s Clare Valley, owned by Treasury Wine Estates.

A low-budget prototype is already being tested at Jarretts of Orange. It consists of GoPro cameras mounted to the side of a car, which is driven through the rows of vines. “We've found it gives good results for the majority of situations we have so far, and it is very much a budget solution that is easily applicable to farmers.”

A more expensive prototype will be built and tested sometime in 2015. The Australian Grape and Wine Authority (AGWA) is funding both of these prototypes as part of an arrangement with the NSW Department of Primary Industries.

Outside of the AGWA-funded project, an undergraduate thesis student, Samuel Marden, has been testing a mobile robot for automated image capture.

Image data captured by all three systems is expected to shed light on vine parameters, such as berry diameter and bunch size, and be capable of weighing grape bunches and measure picked volumes.

“Our intention is to drive through the vineyard and observe as much as we can of what's on the vines at different stages of maturity, and then use that to try and correlate what the yield is actually going to be,” Dr Whitty said.

The researchers are six months into what is expected to be a three-year project. The prototype systems are being used on four ‘blocks’ and two different varieties of grape. A block is a term for a set of vines of one variety.

“If it works at this scale, we'd look to expand the scale of the tests Australia-wide,” Dr Whitty said.

NSW Department of Primary Industries’ viticulture research leader, Greg Dunn, predicted that, if successful, technology systems such as those proposed by UNSW could save Australia’s wine industry between $100 million and $200 million a year.

“We need to raise the yield estimation for grapes to a significantly better figure than it is now,” Dunn said.