Claire-Elise Green will use a CSIRO scholarship awarded in memory of four scientists killed in a helicopter crash to travel to Germany to further her PhD research into how stars are born. 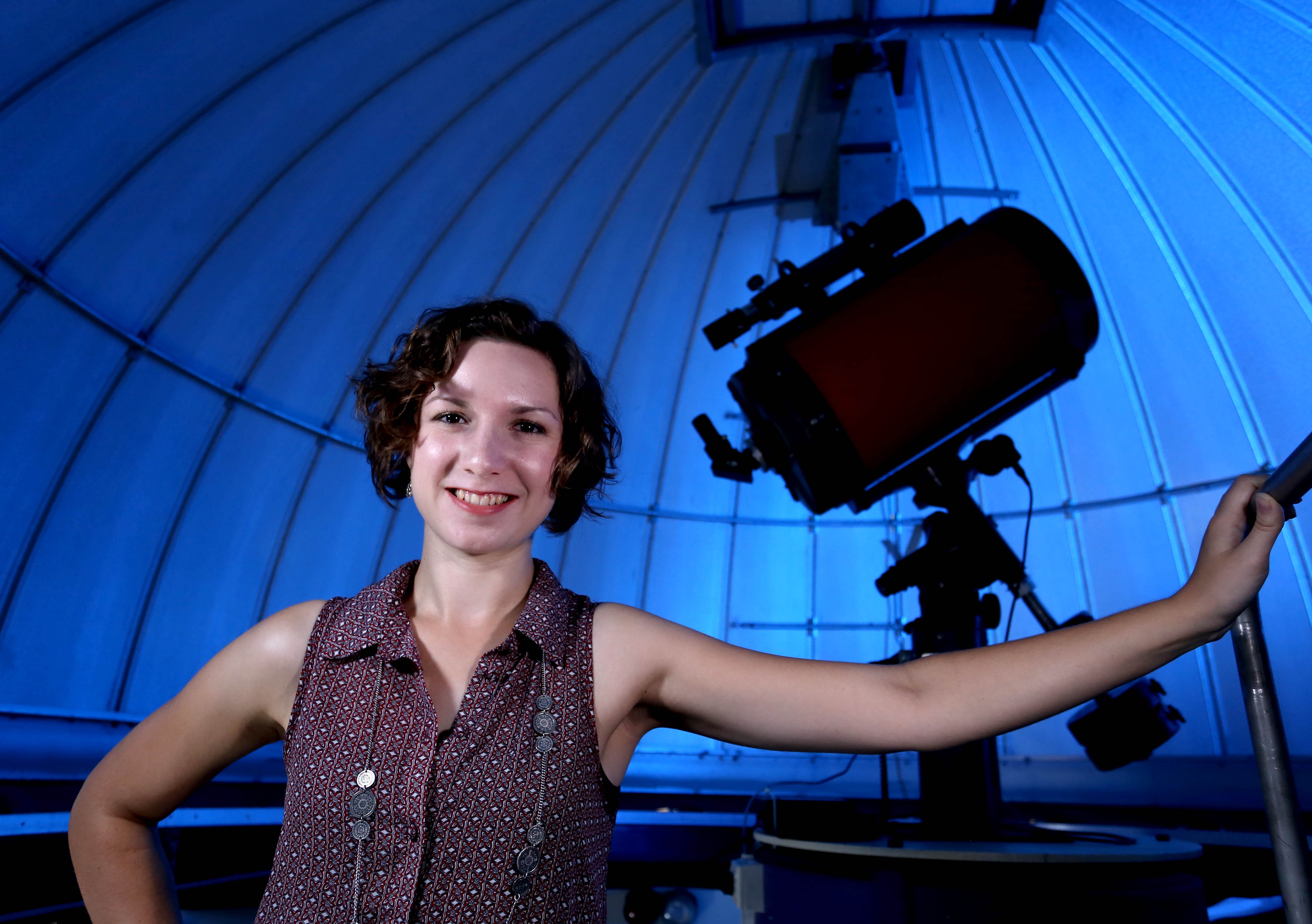 A scholarship created to honour the memory of four CSIRO scientists killed in a helicopter crash in 2013 has been awarded to UNSW astronomy researcher Claire-Elise Green to further her research into star nurseries.

Claire-Elise was presented with the inaugural CSIRO Alumni Scholarship in Physics at a ceremony in March to mark the anniversary of the crash and remember and celebrate the lives of the scientists.

Tony Farmer, Gerry Haddad, Don Price and John Dunlop died when the helicopter they were travelling in crashed at Bulli, north of Wollongong, on 21 March 2013.

“Rather than give flowers, friends and family donated money towards a scholarship as a way to keep memory of the scientists alive and introduce a whole new generation of young scientists to their work,” Claire-Elise says.

Claire-Elise will attend the Max Plank Institute for Radio Astronomy in Bonn, Germany, in September to further her PhD research into the structure of stellar nurseries.

“This is the leading centre for millimetre wavelength radio astronomy in the world, which is the specific technique I use. We have a strong radio astronomy community in Australia but it is still quite small so it will be an amazing opportunity,” Claire-Elise says.

She says her interest in radio astronomy was sparked by a CSIRO vacation scholarship received while she was majoring in physics as an undergraduate at UNSW.

“I really wanted to get some practical experience in any field of physics so I could see what I liked. CSIRO vacation scholarships gave me the opportunity to work on a research project over the summer break,” she says.

Claire-Elise says the aim of her PhD, co-supervised by Dr Maria Cunningham from UNSW and Dr Joanne Dawson from the CSIRO, is to answer the question of how are stars are born and further illuminate the initial conditions of star formation.

“I’m studying a very particular structure called a filament, which is a dense thread of gas on which the all-important star forming cores lie, like beads on a string, but we don’t know how these filaments are related to star formation.

Claire-Elise has created a video about her research as part of the Thinkable Open Innovation Awards and hopes to garner enough votes to be in the running for a $5000 research grant.

Watch her video and vote.