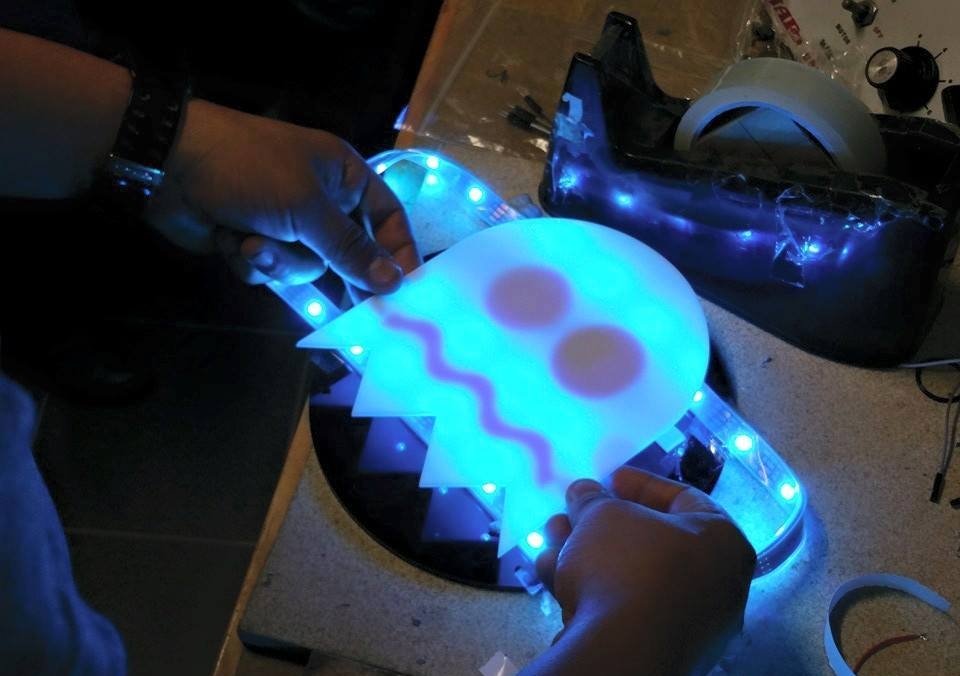 The game is being constructed by members of CREATE, a UNSW student club that brings together students who enjoy making things, from across campus.

Vivid is the southern hemisphere’s largest festival of light, music and ideas and features innovative art and technology installations around the city from 22 May to 8 June. The Pac-Man game will be part of the Intel display in Martin Place.

CREATE president Nathan Adler, says the team has begun work on the three metre-maze and the robotic characters, which can be operated by festival goers or move autonomously. 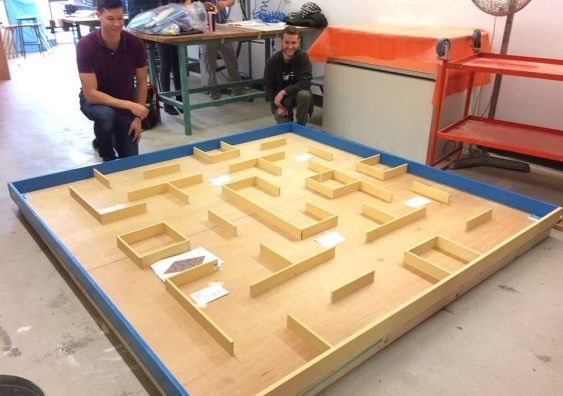 CREATE members with the Pac-man maze.

“Intel approached us to come up with an idea for the display. We thought the project would be a fun and entertaining way to combine robotics and a game everyone is familiar with,” says Nathan, who is in his final year of a combined Bachelor of Engineering / Bachelor of Commerce degree at UNSW.

He says Intel was keen to engage with the ‘maker movement’ that is growing rapidly in Australia and around the world.

“The maker movement is a community of entrepreneurs and innovators who enjoy creating new technology and products using elements of electronics, design, computing and robotics,” he explains.

Funded by Intel, the project is also supported by UNSW Art & Design, which has given the team access to facilities such as Makerspace, an incubator for collaborative construction based at UNSW’s Paddington campus.

Follow the progress of the Pac-Man project on the CREATE Facebook page. The game will be on display in Martin Place from 22-24 May and from 29-31 May.