Members of staff and students of the School went head-to-head last Friday to compete for glory in a soccer match on UNSW's Village Green.

A crowd of eager spectators looked on during the tense match, played under the afternoon sun in idyllic weather conditions. After some pre-game stretching and warm-ups, the players were ready to get down to business. Shortly after kick-off it became apparent that both sides weren’t going to surrender their chance at victory without a formidable fight.

The first half featured commendable on-field action from both teams: plenty of fancy footwork, vigorous defense, and several foiled goals on both sides (thanks to quick-thinking and dedicated goalkeepers, one of whom sustained a near-concussion in the process). Both teams turned out a solid 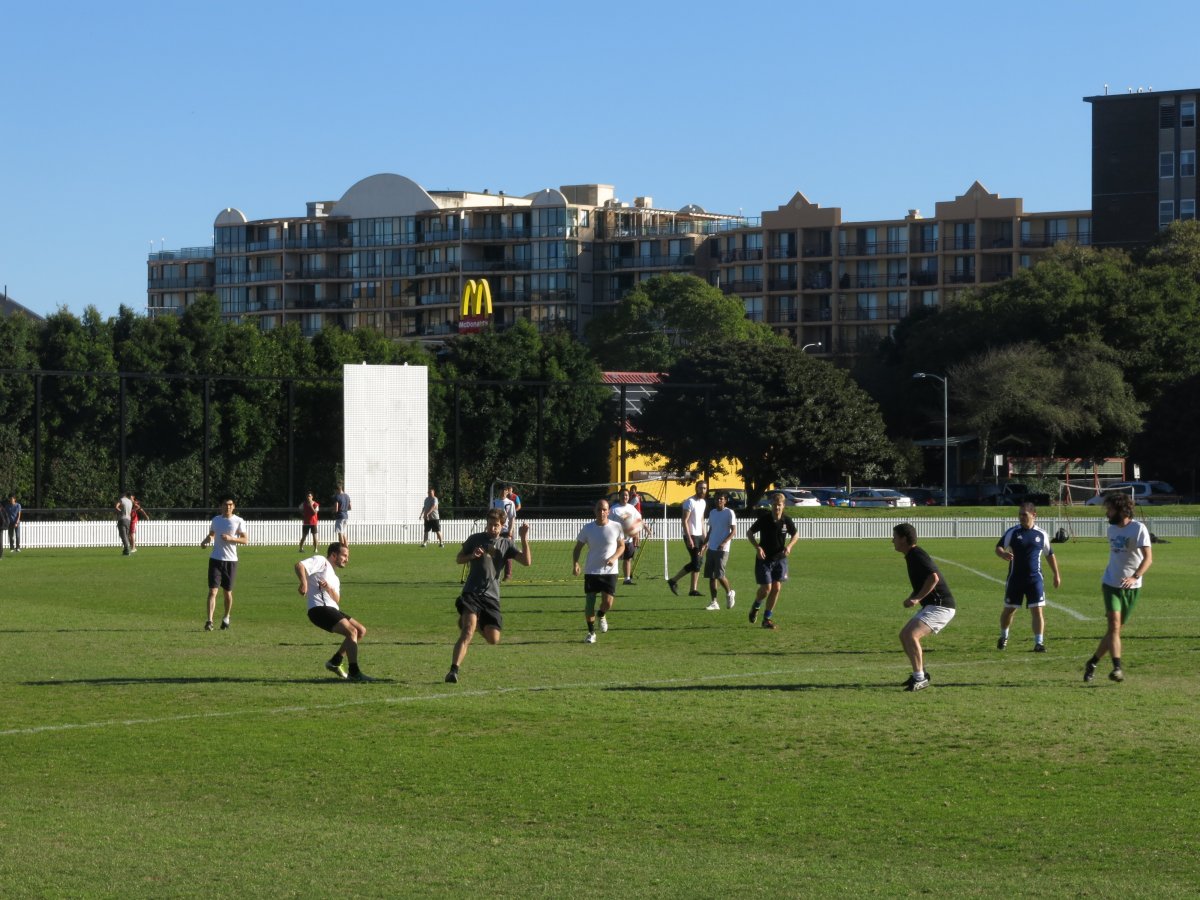 performance, with onlookers unsure which way to wager their bets for much of the duration of play.

Half-time offered the opportunity for all to recharge their batteries, and a slight change to the roll call as some new players entered the fray for the latter half of the game.

The second half commenced pretty much where the first one had left off: a plethora of nail-bitingly nerve-wracking moments of near-misses and defensive antics. But just when many observers had practically written off any hope of a goal from either end, Spiro from the Staff team surged forward with a grand slam which seemingly announced triumph for the Staff. Not so fast, thought the Student team: they still had some tricks up their sleeve.

However, the remaining 15 minutes of the game comprised a back-and-forth hustle along the field, with the Staff team

determined not to relinquish their chance of reigning supreme. Many energetic attempted goals from the Students came, but were thwarted swiftly by the increasingly confident Staff team.

Suddenly, full-time was declared by the official time-keeper, and the result was sealed. Victory for the Staff team!

Spiro was declared “Man of the Match” for his standout performance. He commanded a broad stretch of field throughout the game, and being the only one to score a goal did not escape attention.

Whispers of a re-match circulated almost as soon as the players had exited the field: watch this space!

Congratulations to all the players for a very entertaining game!