Cultural change is needed in our major banks, from how CEOs define their organisation's purpose, to how employees are rewarded, writes Ross Buckley. 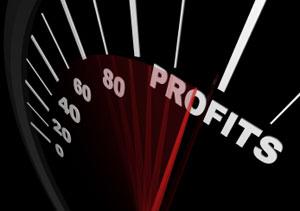 OPINION: Much has been written and said of late about the need to reform the cultures of our leading banks. In the words of Greg Medcraft, chairman of the Australian Securities and Investments Commission, "culture is a big driver of conduct in the financial industry" and "when culture is rotten, it often is ordinary Australians who lose their money". The financial planning scandals have shone a spotlight on this issue. To quote Medcraft again, the behaviour of many financial planners employed by banks has been "appalling."

This wasn't always the case, so what has changed? To answer this question, let's take a longer timeline than usual, and look at what has changed in the past four decades.

The first and major difference in Australian banks 40 years ago was in the sort of people they employed. Bankers in the 1970s were prudent, cautious and, mostly, dull. Banks were fairly decentralised which meant the local bank manager had considerable authority. People tended to trust their bank manager and ask his advice on a wide range of matters. Managers were pillars of local communities.

Today, young Australians going into banking are typically highly numerate, with degrees in commerce or finance. This change is not confined to Australia. Forty years ago in London, the best training for a banker was a degree in classics (Greek and Latin) or history, or perhaps officer training in a good regiment. At the time this made sense to the Brits as banking was seen to be a business concerned with prudence and caution, characteristics developed by the study of history or by military training.

Today's modern British bankers are highly numerate, with degrees in finance or economics or even higher degrees in maths or physics. This matters enormously. Old-fashioned bankers saw the world with people at its centre. Today's quantitatively trained bankers are far more likely to see the world as an opportunity to earn profits for themselves and their institutions.

The second major change is in how bankers are paid. In the old days, remuneration was principally by salary, whereas today it is often principally by annual bonus or commissions.

Historical research in the United States shines a bright light on these issues. From 1909 to 1929 in America the financial sector was a high skill, high wage industry. After the Great Depression financial services lost its wage premium, and for a long time, wages in financial services were broadly similar to those in other professions. However, in the 1980s a dramatic shift occurred, and wages and skill levels began to climb again until, by 2006, relative wages and education levels in the financial sector had returned almost precisely to those in 1929. And the parallels between what happened in 2007, and in 1929, are extraordinary.

This change in the US was mirrored in Britain. In the words of Nicholas Morris, "in the 1980s in the UK banking went from being an industry that sought to help people make money, to being an industry that looked for people from whom it could make money". In other words, banking changed from being a service industry, to being an ultra-profitable industry driven by the pursuit of further profits.

Banking was once a highly prudent, relatively boring industry. Banks supplied the capital that industries needed to build things. This capital was as essential to the productive process as the efficient supply of water, electricity or transport services. In this old-fashioned sense, effective and efficient banks are central to the functioning of a modern economy.

However when banks put the pursuit of their institutional profits above all other purposes, and when they remunerate their employees principally by way of commissions and bonuses, the result is likely to be, in Greg Medcraft's words, "appalling".

Cultural change is indeed needed in our major banks. It needs to be led from the very top in how CEOs define their organisation's very purpose, and it needs to begin with how employees are rewarded.

This opinion piece was first published in the Canberra Times.