Could the Government be held liable for people smuggling?

Australia is signatory to a number of international protocols that deal with people smuggling, so officials could fall foul of these if it's proven they paid smugglers to turn a boat back to Indonesia, writes Tamara Wood. 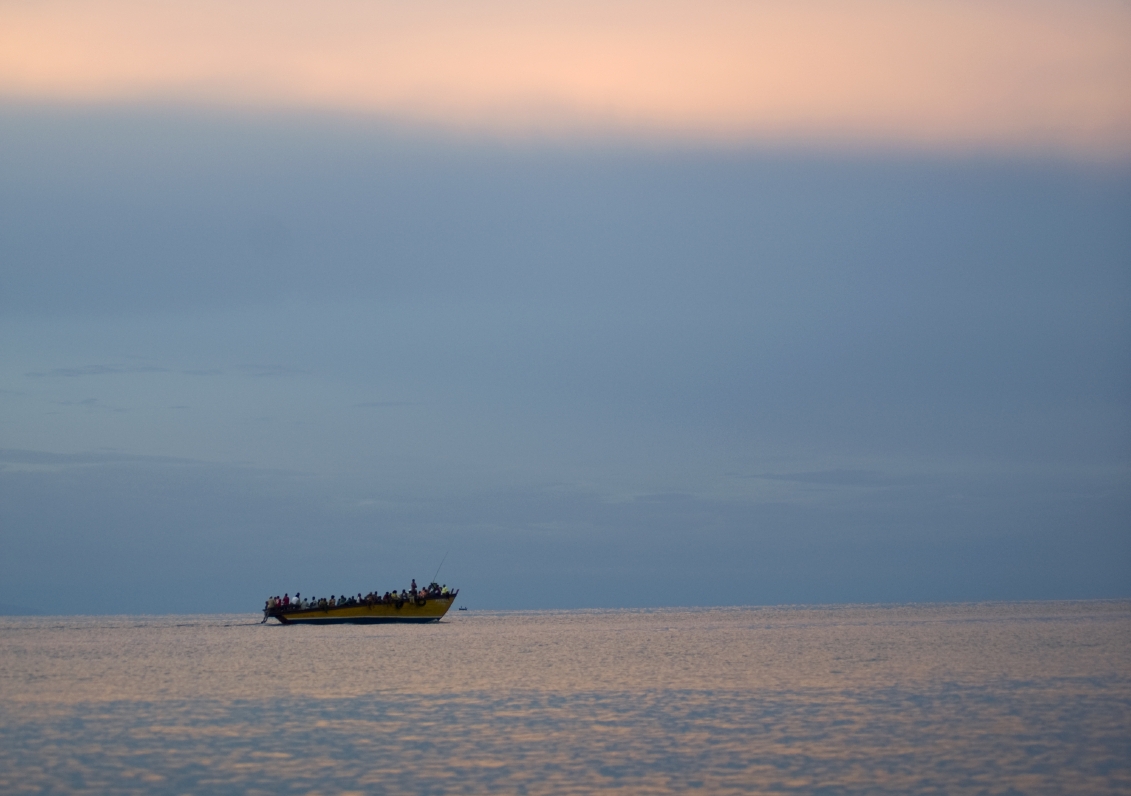 So, could the Australian Government be held liable for people smuggling?

The issue of people smuggling is fundamentally international in nature and has been dealt with in international law instruments such as the UN Convention against Transnational Organized Crime and its Protocol against the Smuggling of Migrants by Land, Sea and Air. Australia is a signatory to both of these instruments.

The Protocol against Smuggling aims to combat people smuggling while preserving the rights of those who are the object of their services. Article 3 of the Protocol defines people smuggling as "the procurement, in order to obtain, directly or indirectly, a financial or other material benefit, of the illegal entry of a person into a State Party of which the person is not a national or a permanent resident". States party to the Protocol, including Australia, are obliged to criminalise smuggling-related activities within their domestic laws.

Even if it proved difficult to establish that Australian officials have procured a financial or other benefit themselves in this case, the Protocol against Smuggling also criminalises a range of activities associated with smuggling, including participating as an accomplice to a smuggling offence, organising or directing others to commit such an offence, and endangering the lives of migrants affected by smuggling. If the alleged payments took place, they might satisfy any one of these charges.

Indeed, the Government's complicity in smuggling may not depend on money having changed hands at all - merely directing the boat's crew to return could potentially endanger the lives of those on board and might itself fall foul of the Protocol.

These are not the only aspects of the Protocol against Smuggling that come into question on the alleged facts. In addition to criminalising people smuggling itself, the Protocol obliges states to cooperate with each other and with international organisations to combat smuggling and to protect the rights of migrants who have been affected. The Government's failure to adequately inform Indonesia of its activities, and its return of individuals to a country in which they have since been detained, do not seem designed to fulfil these aims.

If the Australian Government has assisted others to commit smuggling offences, then it may also have breached a range of other international protection obligations. These include the prohibition on refoulement under international refugee and human rights law, which prohibits states from returning, including indirectly, a person to a situation in which they are at risk of serious harm.

The importance of these obligations in activities designed to combat smuggling is recognised in the Protocol against Smuggling itself, which preserves the supremacy of international human rights and refugee protection laws and requires states to "take all appropriate measures, including legislation if necessary, to protect the rights of persons who have been the object of smuggling".

This point was emphasised by the UN High Commissioner for Refugees, Antonio Guterres, earlier this week, when he explained:

We need to crack down on smuggling and trafficking: not paying to them, but putting them in jail whenever possible, or prosecuting them. But at the same time protecting the victims, and with each country assuming also its responsibilities in relation to the protection of refugees.

The case for the Australian Government having breached its international obligations relating to people smuggling is strong, if the alleged facts are true. However, this does not mean that Australian officials can be easily brought before an Australian court. This depends on Australia's implementation of international law within its domestic laws.

Here, a number of barriers arise. These include the more narrow definition of people smuggling contained in Australia's Migration Act - the Act confines the offence to smuggling aimed at bringing persons into Australia, hardly something the Government is trying to do - and the very broad powers conferred on government officials to intercept and return boats at sea.

These barriers to domestic prosecution do not change the fact that aiding and abetting people smuggling is unacceptable under international law. Failure to uphold international law principles has a negative impact on Australia's international reputation and undermines the Government's stated intention to save lives at sea.

If the Australian Government truly wants to save lives and eradicate the people smuggling trade, it would do better to provide a best practice model of humane and transparent smuggling prevention that respects the need for protection amongst some of the world's most vulnerable people.

Tamara Wood is a doctoral candidate at UNSW Law and a member of the Andrew & Renata Kaldor Centre for International Refugee Law.

This opinion piece was published in The Drum.