A scientist responsible for the design and construction of the Australian Synchrotron particle accelerator is among UNSW's staff and alumni recognised in this year’s Queen's Birthday honours. 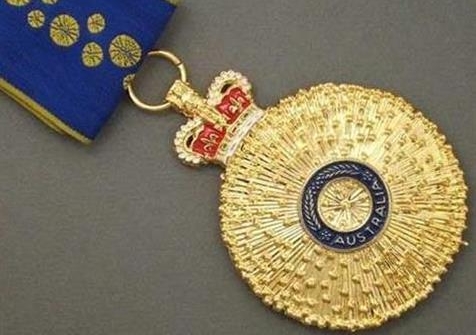 Scientists, medical researchers and lawyers are among UNSW staff and alumni recognised in this year’s Queen's Birthday honours.

UNSW congratulates all its staff, alumni, advisers and supporters who have been honoured.

Science alumnus and former lecturer, Professor John Boldeman, has been made an Officer in the General Division of the Order of Australia (AO) for distinguished service to nuclear science and technology, particularly through the design and construction of the Australian Synchrotron particle accelerator, and as a mentor to young scientists.

Professor Boldeman said he was most proud of his efforts to highlight the need for a synchrotron in Australia. ‘‘Other people were convinced that it was impossible to do this in Australia,’’ he said.

‘‘Fortunately I had a team of brilliant people who supported me including my wife who has stuck with me for 49 years.’’

The synchrotron opened in 2007 and about 15% of all Australian science now utilises it.

Dr Barry Allen, from UNSW's School of Physics, has also been made an Officer in the General Division of the Order of Australia (AO) for distinguished service to biomedical physics, particularly to radiation oncology and the development of innovative methods of cancer treatment, and to international professional scientific associations.

Those appointed a Member of the Order of Australia (AM) include:

Dr Russell Clark, from the St Vincent's Clinical School, was honoured for significant service to geriatric and rehabilitation medicine, and to international relations, as a clinician and educator in Asia and Africa.

Conjoint Professor Murray Norris, director of the newly established UNSW Centre for Childhood Cancer Research, was recognised for significant service to medical research as a molecular biologist, and through pioneering development of treatments for cancer in children.

Conjoint Professor Florence Levy from the School of Psychiatry received an AM for significant service to medical education through seminal contributions to child and adolescent psychology research.

Conjoint Professor Bruce Brew, from the St Vincent's Clinical School, was recognised for significant service to medicine, particularly the neurological impacts of HIV/AIDS, as a clinician and researcher, and to medical education.

Marion Anne Burgess, from UNSW Canberra, was honoured for significant service to science in the field of acoustics, particularly noise management, and to professional scientific organisations.

Law alumnus John Cauchi SC was recognised for his service to the law.

Medicine alumnus Professor Robert Lusby received his AM for his significant service to medicine and medical education and research.

Those awarded the Medal of the Order of Australia (OAM) include:

Conjoint Professor Colin Macarthur, from the South Western Sydney Clinical School, was awarded an OAM for service to medicine as a clinician, and to medical administration.

UNSW alumna Helen Musa was recognised her service to the performing and visual arts as a critic and magazine editor.

Mr Tom Dery, a member of the Faculty of Arts & Social Sciences Advisory Council, was recognised for his service to the non-for-profit sector.