The mind’s eye – the key to controlling Parkinson’s hallucinations?

Our ability to visually interpret the environment around us is easily taken for granted. But what about when we start to see things that aren’t there? 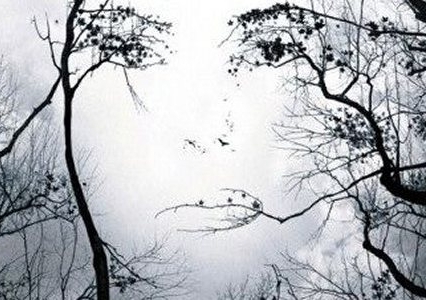 Our ability to visually interpret the environment around us is easily taken for granted. But what about when we start to see things that aren’t there, a scenario faced by many Australians living with psychiatric disorders?

A discovery by a UNSW and University of Sydney research team on how Parkinson’s patients experience visual mental imagery is providing hope that their uncontrolled hallucinations can be treated.

Researchers believe a brain stimulation procedure, targeting the unique abnormalities identified in the brains of Parkinson’s patients who experience both visual hallucinations and intense mental imagery, could successfully treat their hallucinations.

Parkinson’s disease is the second most common neurological disorder after dementia. The economic cost of the disease in Australia in 2011 was $8.3 billion, with 30 Australians now diagnosed every day. There is currently no known cure.

As Parkinson’s disease progresses, most patients will experience uncontrolled hallucinations, a debilitating symptom for which there is no current treatment.

UNSW psychologist Dr Joel Pearson says the hallucinations often evoke fear or dread, where they will see a dead relative or a snake on a bed for example.

“They are also a strong predictor that the disease is progressing rapidly,” Dr Pearson says.

“The precise neural mechanism underlying this phenomenon has remained a mystery, due largely to the inherent difficulties associated with reproducing hallucinatory symptoms in a research setting.”

“The relationship between voluntary mental imagery and uncontrolled visual hallucinations in patients with psychiatric disorders has also not been properly explored,” Dr Pearson says.

Backed by almost half a million dollars in funding from the National Health and Medical Research Council, the team’s work on Parkinson’s disease is bridging this issue.

Their research suggests that visual hallucinations in Parkinson’s disease are related to an inability to rapidly and flexibly use attention. The team’s findings have been published in the Royal Society Proceedings B journal.

The collaborative study, conducted by UNSW and Sydney university teams at the Brain and Mind Research Institute, measured visual hallucinations and voluntary mental imagery in 19 individuals. To do this, the researchers created a new tool capable of eliciting visual hallucinations, known as the Bistable Percept Paradigm.

The study participants, including 10 Parkinson’s patients with visual hallucinations, nine without and 10 who were healthy controls, viewed a series of stable and bistable monochromatic images and then identified any ‘hidden’ items they perceived.

The researchers found Parkinson’s disease patients with visual hallucinations were far more likely to perceive ‘hidden’ images in stable pictures. That is, patients saw something that was not there —the very definition of a hallucination.

“We discovered that this group also experienced more intense mental imagery compared to the other groups, which confirmed our hypothesis,” Dr Pearson says.

Researchers then used this information to interrogate patterns of functional connectivity within the resting brain using MRI scans. They identified multiple defects in the attentional control networks of patients who had experienced both visual hallucinations and stronger mental imagery.

“These two phenomena were distinguishable at the neural level, with both mental imagery and visual misperceptions associated with specific abnormalities in attentional network connectivity,” Dr Pearson says.

“Our results provide the first evidence of both the shared and unique neural pathways of these two similar, yet distinct phenomena.”

The study’s findings will be used to build on the team’s understanding of how the visual parts of the brain differ in Parkinson’s patients who experience visual hallucinations.

Associate Professor in Cognitive Neuroscience at the University of Sydney, Simon Lewis, says current treatments for hallucinations are not very effective and this is partly because of our limited understanding of the phenomena.

“The team is now exploring non-pharmacological approaches that may be able to reduce hallucinations,” Associate Professor Lewis says.

The team will soon begin testing brain stimulation as a possible treatment to control visual hallucinations, using a very weak electrical current passed through the brain.

“We can already control visual images in healthy individuals using this same brain stimulation technology – so we are optimistic that the same techniques may work to control visual hallucinations,” Dr Pearson says.