The real science on wind farms, noise, infrasound and health

Wind turbines do produce noise and infrasound – but the link to ill-health is far from clear and requires more investigation, writes Con Doolan. 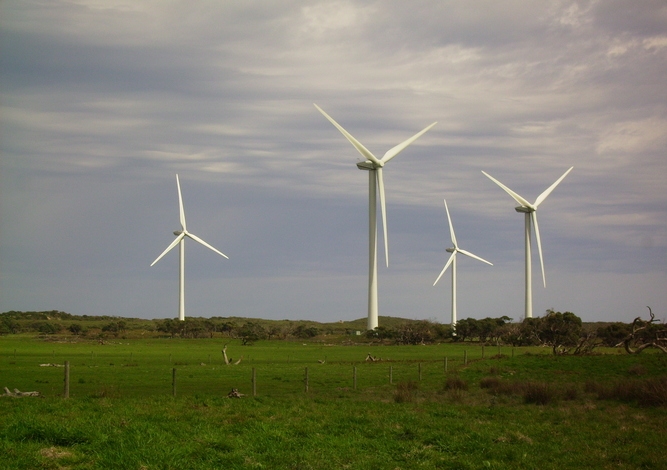 OPINION: In a radio interview this morning, Prime Minister Tony Abbott raised what he described as the “potential health impacts” of wind farms.

Yesterday’s article in The Australian by Liberal Democrat senator David Leyonjhelm highlighted some very good points about wind turbine noise and its effect on people living near them. People are complaining of a range of health related problems and are attributing them to wind turbines. The question is: what is the cause of these health problems?

Many blame the production of infrasound from wind turbines, yet this has not been proven to date. What is needed is new, comprehensive research to determine the true cause.

These concerns are currently being aired through a Senate Committee on wind farms and regulations, chaired by independent senator John Madigan.

Earlier this year the National Health and Medical Research Council found that there was no evidence that wind turbines directly affect health, but called for further research, particularly on the effects within 1.5 km of turbines.

I have been interested in how wind turbines produce noise, through a variety of research projects spanning several years. The most recent was an ARC Discovery project focusing on the fundamental noise-producing physics of wind turbine blades and the development of techniques to link personal annoyance with noise levels inside homes. My group and I have also investigated ways to reduce wind turbine noise by changing the shape of the blades and to steal ideas from owls, who have the ability to fly and hunt silently.

So are Leyonjhelm’s claims correct? Let’s run through them.

Wind turbines undoubtedly create infrasound. It is created by the movement of the blades through the air, as the blades pass the tower and, depending on the construction of the turbine, by the gearbox.

Claim: “Inappropriate levels of infrasound, regardless of the source, cause adverse health impacts.”

However, most experts believe that the level of infrasound produced by wind turbines is too low to be heard or create health problems. Recent measurements show that infrasound can propagate many kilometres from a wind farm – what we don’t know is if these very low level sounds can cause health effects.

Previous studies on the effects of infrasound on health have focused on the exposure of high levels of infrasound from industrial sources. These studies show that perception or physiological effects occur at levels that are many times those generated by wind farms.

While it is true that early designs of wind turbines created large amounts of low-frequency noise that was annoying (the so-called “downwind” turbines of the 1980s which were reported on by NASA), modern designs that place the rotors upwind of the tower have greatly reduced this problem and made wind turbines quiet enough for widespread use.

There have also been many years of intensive research and development into the design of quiet wind turbine rotors and operational methods to reduce noise. This is not to say that wind farm noise is not responsible for reported health problems.

The effect of sensitization after long exposure to low-level noise, the effects on sleep and the role of moderating factors must be considered along with noise generation and propagation effects to properly understand why so many people are complaining of health problems near wind farms.

Claim: “Wind farms are not required to limit or even monitor their infrasound emissions.”

There are no requirements for infrasound to be monitored near wind farms because it occurs at a very low level and is not expected to be heard by most people. It is also very difficult to measure, especially in the presence of wind that will also generate infrasound of the same or higher level when it passes through trees or blows over a house.

Even when we do record it, we don’t yet know what level is responsible for causing health problems.

What is needed is new multi-disciplinary research linking engineers with medical and health scientists where noise data and health information are recorded simultaneously for people living close to and far from wind farms. Only such detailed research can help provide an answer to this challenging and perplexing problem.

Con Doolan is Associate Professor, School of Mechanical and Manufacturing Engineering at UNSW.