Making sense of our evolution

The science of our senses – vision, smell, hearing and taste – offers fascinating and unique perspectives on our evolution, writes Darren Curnoe. 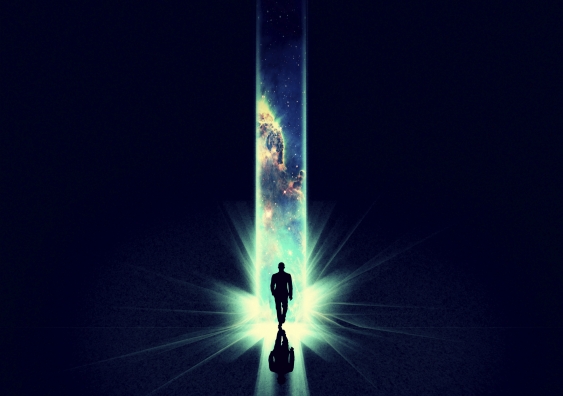 OPINION: The science about our our special senses – vision, smell, hearing and taste – offers fascinating and unique perspectives on our evolution.

Yet it remains patchy; we know surprisingly little for example about how our sense of hearing has evolved since we shared an ancestor with chimpanzees some 8 million years ago.

In contrast, understanding of the evolution of human vision and smell, including new developments in ancient DNA research, offers great promise in answering some long standing questions about our uniqueness as a species.

Humans live in a world dominated by images and colour. Our sense of vision largely dictates how we perceive the environment around us.

We’re also prone to summing up others by the way they look. Faces and expressions, skin, eye and hair colour; as if we can read someone’s heritage or personality like a book.

All of this hints at the crucial role vision plays in our social lives as well.

For our kind of mammal, the primates, vision is king.

Our ancient ancestors evolved for a life in the trees and today most of our primate cousins still lead an arboreal existence.

The need to safely judge distances when leaping or climbing about a canopy, tens of metres above a forest floor, certain death only a single wrongly placed hand grip away, must have led to intense natural selection.

We have, as a result, highly refined vision; monkeys and apes, including humans, possessing stereoscopy: we see in 3-dimensions.

Our skulls, eyes and brains have evolved to facilitate 3D vision: eye sockets that face forwards, the field of vision from each eye overlapping, and brains processing visual information from each eye equally on left and right hemispheres of the brain.

Trichromatic vision allows humans and many other primates to perceive perhaps 10 million colours; its evolution probably keyed into the eating of fruit by our distant primate ancestors, allowing it to be distinguished against a forested backdrop of leaves.

The primate eye is largest relative to body size of all the mammals; a legacy perhaps of the nocturnal lifestyle of the earliest primates.

Yet, the human eye is unusual among all primates in having an exposed sclera, the outer layer of hard tissue that encloses and protects it.

The sclera is also white, but in other primates it’s pigmented, being brown in colour, and probably acting as camouflage.

The depigmented white of the human sclera plays a role in enhancing communication especially when we make eye contact and may have a function in sexual attraction as well.

When we compare the human skull with our Neanderthal cousins we find their visual system was probably better developed than ours, as estimated from the volume of their eye sockets (orbits) and the space that would have been filled by the occipital lobe of their brain.

Just what Neanderthals were doing with their eyes that was so different to us remains unknown. Did it help them in low light or snow covered landscapes, or with hunting?

So far, though, we’ve learned remarkably little about the evolution of sight from ancient DNA; a couple of genes were identified in the initial sequence of the Neanderthal genome in 2010, but little seems to have emerged since.

Can you imagine what our lives would be like if our dominant sense was smell, or olfaction?

Scents and odours filling our world like colours on the visual spectrum, only the shades and tones would be odours.

Across all life, from bacteria to mammals, the ability to detect chemicals in the environment is fundamental to survival.

For most mammals the sense of smell dominates their world much as our sense of sight does.

The mouse has around 1,000 different cell types for detecting odours, or so-called olfactory receptors. Humans only have about 350 of them.

It’s also been a major catalyst of biological evolution. Among vertebrates alone at least four different kinds of olfactory systems have evolved.

The evolution of olfaction also has a very large imprint on the mammal genetic code; olfactory genes represent the single largest gene family in the mammal genome.

The human genome contains an estimated 900 genes and pseudogenes associated with the perception of smells while the mouse genome has roughly 1,400 of them.

In comparison, the catfish has only around 100 olfactory receptor genes.

It’s the pseudogenes though that have attracted much of the research attention: pseudogenes have either lost their ability to produce proteins or fail to produce them within a particular kind of cell.

Around 60 percent of human olfactory receptor genes are in fact peudogenes compared with only about 30 percent in other apes, and 20% in mice and dogs.

Charles Darwin thought that the human sense of smell was a vestigial (or ‘useless’) trait, and he may even have taken our large number of pseudogenes as confirmation of his ideas; had he known about them.

While Darwin’s was clearly an overstatement, the dramatic loss of functional genes strongly hints at major differences between our sense of smell and that of most other mammals including our ape cousins.

Still, we know that in living humans our sense of smell is anything but useless; it plays a role in our immune system, in social communication, reproduction including choosing mates and during courtship and sex, detecting emotional stress in others (‘emotional contagion’) and of course during eating.

Its long been suggested from fossil comparisons that humans have a better developed sense of smell than our Neanderthal cousins did; the opposite situation to our sense of vision.

The olfactory bulb – an organ that sits inside our braincase, overlies the nose cavity and transmits smell perception to our brains – was probably larger in humans for a start.

Ancient DNA has also opened up the possibility of studying differences in the olfactory genes directly across humans, Neanderthals and the mysterious Denisovans.

They found that 10 functional olfaction genes in humans were inactive (pseudogenes) in Neanderthals, and 8 in the Denisovans.

This points to subtle but probably ecologically important differences in smell between our species.

Another recent study led by Kara Hoover of the University of Alaska Fairbanks compared the ability of humans from a range of populations across the globe to detect an odour called OR7D4.

This odd gene mutation allows us to detect a smell called androstenone that’s produced by pigs and wild boar, so may have played a role in diet among our ancestors.

The presence of the gene is known to be a good predictor of androstenone smelling ability.

Hoover and her team also studied the OR7D4 gene in the sequences of the Neanderthals and Denisovans and found the Neanderthal version was like our own, but the Denisovan one differed from it in terms of its DNA code, but functioned in a similar way.

Around 50% of living adults cannot smell androstenone while about 35% can detect 200 parts per trillion in air and are offended by it.

Androstenone is also found naturally in human sweat and urine, with boar androstenone even being marketed and sold as a human aphrodisiac.

So the ability of Neanderthals and Denisovans to detect it might eventually also have something to tell us about their sex lives as well.

We can only go so far with fossil studies when it comes to studying the special senses; so little information preserves for us to reconstruct their anatomy after all, and little in the way of function.

But with vast numbers of olfactory genes available for study in the genome of living humans, our extinct cousins like the Neanderthals and Denisovans, and many living primate relatives, we’ve still a lot to learn about our remarkable sense of smell.