What do we need to do to get more young people interested in science, asks Merlin Crossley. 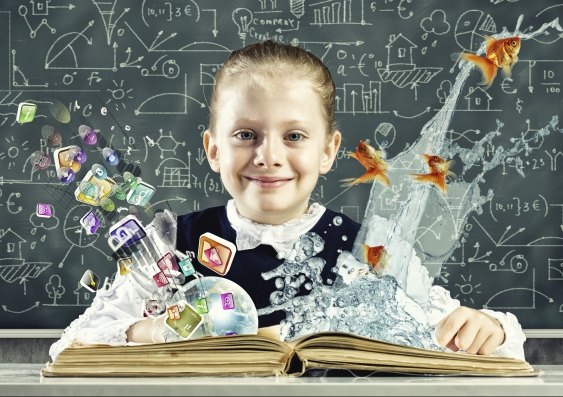 OPINION: What do we need to do to get more young people interested in science? One obvious solution may be articulating a ­national ­vision for pure fundamental research, or what used to be called curiosity-driven research.

Children are naturally curious and are inspired by quests of discovery. Even adults are more inspired by bold and open-ended adventures such as space explor­ation than they are by important problems such as dental hygiene.

This is, in part, because of an instinct for discovery. But many people also just don’t know enough about things such as ­microbial biodiversity and modern meta-genomics analysis to be able to appreciate the challenges and possibilities in the latter discipline properly.

In short, young children simply do not yet know enough about the world to identify or appreciate all the applied problems. But if they do start doing science, the chances are that sooner or later they will come across an important problem and be in a position to use their skills to address it.

Most of us ultimately do become applied researchers. As a child I loved biology and wanted to explore it. I now work in medical research trying to understand and ultimately cure inherited blood diseases that I didn’t even know existed as a child.

I suspect the story is the same for many of our leading scientists. In most cases, it is the wonder of science that attracts children first, then the possibility of applying their knowledge comes later — and it usually does come. This is one of the reasons pure and applied research go together in so many leading world centres, such as Boston, Oxford and Cambridge. Talented and highly motivated young scientists from all over the world are drawn to university cities that proclaim a love of knowledge and pure research.

Then, as their own knowledge and sophistication grows, people often go on to make remarkable contributions, establishing new fields with new applications.

Australia must begin to articulate a vision for pure research. So why aren’t we doing this?

Governments around the world are under increasing pressure to ensure public funding is used properly, and some respond by championing applied research directly related to the industry of the nation. This is reasonable, but few children know enough about industry to get excited. It is like telling kids who have played football in the playground to become interested in exotic sports such as sumo wrestling.

Other governments talk up the grand challenges facing society, such as climate change, energy, food and water security, and the need to direct research at these problems.

This resonates much more with the next generation of students, but these are complex issues and the link between studying maths, physics or chemistry and saving the world may not be immediately obvious.

In the worst cases, a message is even sent that these disciplines are no longer important because the problems are bigger than single disciplines. In other words, don’t study the difficult stuff because it can’t fix the problem anyway.

This way of thinking could be disastrous. Society is stuck with some big problems. The simple things won’t work and, in many cases, neither will combining existing knowledge in new and ever larger interdisciplinary networks.

In some cases, only pure research, deep expert analysis and exploration are likely to uncover new ways forward and to identify new ways around the roadblocks.

When Bill Gates visited the University of NSW a few years ago he was asked what he thought about introverts. He laughed and answered sometimes it’s necessary to be alone for a time and work deeply on a specific problem to crack it.

When UNSW’s Big Questions Institute hosted Stephen Hawking at the Sydney Opera House by hologram from the University of Cambridge ­earlier this year, his message was similar: deep and pure science is important.

Exploring, asking big questions and focusing on them is what pure science is all about.

In the end, it is this that will deliver the answers for the future and also will draw in the next generation of both pure and applied scientists.