Confidence must be rebuilt after PM shoots down Indigenous leaders' plan 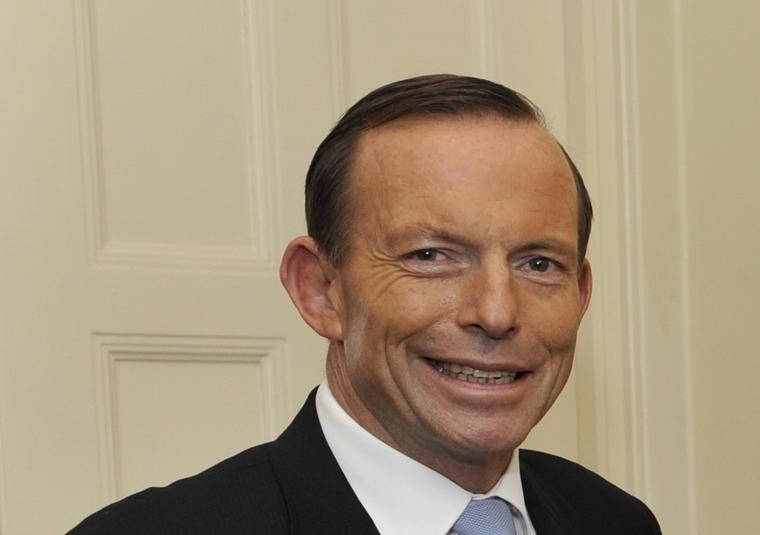 OPINION: The push for constitutional recognition of Aboriginal and Torres Strait Islander peoples suffered a setback this week. Prime Minister Tony Abbott rejected a proposal by some of Australia’s most respected Indigenous leaders to hold Indigenous-only conventions before undertaking further engagement with the general community.

This development shows that, just a month after the leaders’ meeting at Kirribilli House, considerable disagreement remains about the form that recognition should take and the best path forward.

It is also the latest sign that the Abbott government wants to retain tight control over this issue. The government remains reluctant to contemplate any move that might promote the case for a constitutional prohibition against racial discrimination.

The importance of Indigenous-only conventions

The idea of holding Indigenous-only conventions was put to Abbott by Indigenous leaders Noel Pearson, Pat Dodson, Kirstie Parker and Megan Davis. The aim, they said, was to give Indigenous Australians an opportunity to discuss options for constitutional recognition and work towards consensus, before engaging the wider community.

The Joint Select Committee on Constitutional Recognition of Aboriginal and Torres Strait Islander Peoples’ final report, published in June, also endorsed this approach. The committee said that, if a referendum was to succeed, it would need the support of Indigenous Australians. In its view, the best way to engage Indigenous peoples was through Indigenous-only conventions, followed by a mainstream national convention.

Abbott was not persuaded by these arguments. He said he recognised the need to give Indigenous peoples “ample opportunity to have their say”, but sees a separate Indigenous process as setting up a “them and us” dynamic.

Abbott is also concerned that Indigenous-only conventions would throw up ideas for constitutional reform that the general public would not be willing to endorse:

The risk with an Indigenous-only – or even an Indigenous-first – process is that it might produce something akin to a log of claims that is unlikely to receive general support.

Abbott’s refusal to back Indigenous-only conventions is disappointing in two ways.

First, the idea that such conventions would be divisive is misconceived. This is not an ordinary constitutional reform debate about, say, becoming a republic. It is an issue that has special relevance and application to a particular segment of the Australian community. The process should reflect that.

Conventions provide a means for Indigenous Australians to work towards a consensus position. This position can then form the foundation of subsequent, more mainstream debate, including through a national convention. This sequence reflects the basic principle, endorsed by the expert panel and the 40 Indigenous leaders at the July meeting, that constitutional recognition must:

… be of benefit to and accord with the wishes of Aboriginal and Torres Strait Islander peoples.

Second, Abbott’s remark about a “log of claims” is problematic. The assumption that Indigenous-only conventions would generate radical ideas for reform is a dubious one.

As Davis pointed out, the main proposals for recognition are now well settled and would likely be the focus of the conventions. These proposals include: a statement of recognition; the removal of Section 25 of the Constitution; reframing the “race” power; the insertion of a protection against racial discrimination; and the creation of an Indigenous advisory body.

Abbott’s assumption that the public will not support strong reform measures is also questionable. Opinion polls, for instance, show broad backing for a non-discrimination clause.

Even if those polling numbers are inflated, Australians are clearly open to the idea. Abbott is perhaps more concerned about keeping a lid on debate that might throw up reform proposals that he and the Coalition partyroom are unwilling to endorse.

The events of this week come at a crucial stage in the constitutional recognition process. As I have written previously, there is a stark division between those who support minimalist reform and those who advocate more substantive change. If a referendum is to succeed, we need to put in place a process that will help forge a consensus between these two camps.

… provide an opportunity for everyone to have a say and for all significant points of view to be considered.

But this approach is unsuited to this particular issue and lacks clear purpose. There is a risk that Indigenous voices and perspectives will be lost in this type of “mainstream” consultation.

It is also unclear how these “community conferences” will help to build national consensus. Public meetings attract a self-selected group of participants, many from interest groups, who do not represent a cross-section of the population. And they rarely generate coherent recommendations or outcomes.

That Pearson, Dodson, Parker and Davis wrote to Abbott so soon after the leaders’ meeting shows that key members of the Indigenous leadership do not have confidence in his referendum roadmap. Abbott’s rejection of the proposal for Indigenous-only conventions has done nothing to change that, and some goodwill has undoubtedly been lost. As Aboriginal and Torres Strait Islander Social Justice Commissioner Mick Gooda remarked:

It’s hard not to feel some despair right now when two of our greatest leaders put up a proposal and it’s just shot down.

If [the prime minister is] not prepared to move then I think we’re going to have some serious problems.

This week’s events need not derail the push for constitutional recognition. But they demonstrate just how crucial sound process is to achieving constitutional change. The next step on the path to recognition must be fresh talks on how to develop a process in which everyone can have confidence.

Paul Kildea is a lecturer in the Faculty of Law and Referendums Project Director at the Gilbert + Tobin Centre of Public Law at UNSW.