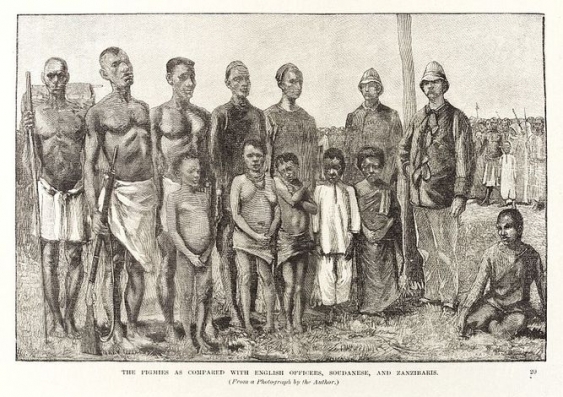 OPINION: For more than two centuries physical anthropologists have been preoccupied with cataloguing and explaining the way humans vary physically across the planet.

From the late 18th through to second half of the 20th century physical variation was assumed to reflect the deep division of humanity into ancient ‘races’.

With major developments in human genetics from the 1960s onwards the notion of races began to be dismantled and eventually their use fell into disrepute.

Present day racialist stalwarts are wilfully ignorant of genetics or live in a vacuum divorced from the history of race theory and realities of human biological variation.

That’s not to deny that human geographic variation exists, a fact demonstrated powerfully by genetics time and time again.

But the way we vary along geographic lines simply doesn’t fit the old racial categories; but then, they never were about science, as readily acknowledged by early physical anthropologists like Johann Blumenbach.

One group that has received more than its fair share of scientific and racialist scrutiny is the so-called ‘pygmy’ peoples.

These are short statured populations – average height around or below 150 cm – found in many parts of the world including in Africa, South Asia, Southeast Asia, Australia, New Guinea and South America.

For example, the Efe hunter-gatherers of the Ituri rainforest (Democratic Republic of Congo) have mean adult female and male statures of 136 cm and 143 cm.

Such populations have played a major role in evolutionary models, underpinned by racialist theory, such as the Negrito settlement of Southeast Asia and Australia.

The term ‘pygmy’ is still widely used in science and the popular reporting of science, but we should be a little more circumspect about its use.

It’s a term tied to 19 th and early 20 th Century Social Darwinism, with pygmies seen as a lower stage in human evolution, and therefore, a lesser race than the imperialist Europeans who studied them.

Their small body size, and it was argued, diminutive brain size, was seen as a kind of infantile stage in the evolution of humankind.

Although, their brain sizes actually lie comfortably within the range of other, taller, populations.

Unsurprisingly, the ‘all grown up’ and strapping northern European lads doing the racial categorising saw themselves as occupying the apex of human evolution.

Pygmy is also a term these people don’t apply to themselves, and so has often come to be seen as derogatory.

Most of these small-bodied populations inhabit tropical rainforests, such as intensely studied groups like the Aka, Mbuti, Baka and Efe in tropical Africa, Andaman Islanders in South Asia, Aeta, Agta and Batak in tropical Southeast Asia, and the Mountain Ok and Mafulu peoples of New Guinea.

But there are some important exceptions, such as the San in southern Africa who live in the Kalahari Desert, and some of the Khoikhoi people who live around the southern African cape.

While it’s been argued they migrated to these regions from the tropics, genomic research indicates the Kalahari may be the evolutionary homeland for the human species, with the San being one of the oldest genetic lineages of humankind.

These peoples are, or were until recently, hunter-gatherers and so have also been the subject of intense research about all sorts of questions surrounding human evolution, including today by evolutionary psychologists.

We would be wise to be sceptical about this though: living hunter-gatherers don’t represent a snapshot of a lost world, or stage of humanity’s evolution, as such studies often imply.

Dwarfism is of broad interest in evolutionary biology because it’s known to affect many mammals especially on island settings.

Take the Ice Age pygmy elephants on Mediterranean islands or last of the woolly mammoths that became pygmies in the arctic region.

Another celebrated case is the so-called Hobbit from Flores – Homo floresiensis – also thought to be an example of island dwarfing.

The underlying cause of the small body size of ‘pygmy’ people has been one of the major themes of human biology for decades.

Short stature has been shown to be associated with perturbations in the GH1-IGF1 pathway, one of three endocrine systems that regulate growth.

A number of studies have shown that many, but not all, of these hunter-gatherer groups have low plasma levels of IGF1, hinting at differences in their underlying genetics.

Chronic malnutrition can also lead to low levels of IGF1 and other growth hormones, so environmental effects have also been implicated.

Genetic studies over the last half decade have suggested a complex role for DNA mutations and natural selection in at least some cases of human population dwarfism.

Selection could plausibly have acted to reduce body size in rainforest dwelling people, as they occupy a kind of ‘ecological island’ with scarce and difficult to acquire food resources.

Small bodies require less energy so people with them could survive on lower caloric intakes.

Other explanations have included thermoregulation in a hot tropical environment, the need to reduce energy expended during locomotion, and a life history explanation keyed into a lower reproductive age.

The scientific jury’s still out on which one provides the best explanation.

A new study published in Nature Communications has examined the growth patterns of the Baka people from Southeast Cameroon and offers some fascinating new insights into the mechanisms underpinning the human ‘pygmy’ phenotype.

Fernando Rozzi from the Centre National de la Recherche Scientifique in Paris and his team studied mission records from the 1970s onwards gathered by medically trained nuns and recording the growth of almost three hundred children.

In their paper they found that body size at birth was within the normal limits set by larger bodied populations, but that the growth rate of the Baka infants slowed significantly during the first two years of life.

After this, their growth more or less followed the standard pattern seen in people across the world, including the adolescent growth spurt accompanying puberty, which is a universal and unique characteristic of our species.

The Baka growth pattern also contrasts with that documented for other short-statured populations in Africa.

So evolution seems to have acted to produce the same outcome in different populations using different mechanisms.

We know that across life, evolutionary tinkering with growth and development is one of the major causes of differences among closely related species.

Body size is also one of the most important ecological variables among mammals and so understanding the mechanisms that alter it provides profound insights into evolution and fundamental ecological strategies.

Finally, the fact that such vast differences in growth have been found between short-statured populations on the same continent, evolving independently, shows once again that the old race categories like ‘pygmy’ or ‘Negrito’ are simply incapable of doing our evolutionary history justice.