Losing it: When the boss becomes a monster

There's no shortage of bosses behaving badly but there's a good explanation for it and a simple test can sort out who is likely to resort to abuse. 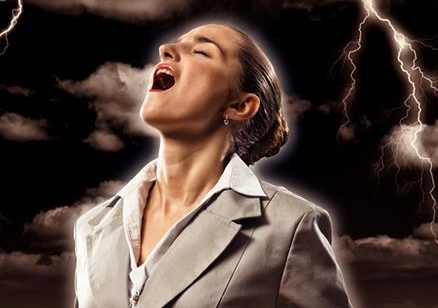 There's no shortage of bosses behaving badly but there's a good explanation for it. A new study shows emotional resilience is the secret weapon in the armoury of today's successful leaders and a simple test can sort those with the right stuff from abusive supervisors and ineffective decision-makers.

CEOs, senior executives and politicians who make the right calls likely share in common the capability to regulate their negative emotions – fear, anger and anxiety – giving themselves the opportunity to pay attention and think clearly.

​The more emotionally resilient have a higher "attentional resource capacity" and the ability to test for this in leaders has important implications for individuals and organisations.​

It offers the potential for employers to pick who will have what it takes to lead constructively as the era of disruption with its inherent ambiguity and information overload rolls on – and, just as importantly, who won't.​​

For those ambitious to lead and bosses already guilty of bad behaviour, there's the chance to recognise when emotions may be clouding their ability to make good decisions and take steps towards achieving greater clarity under pressure, ultimately improving their ability to lead well.

Chris Jackson​, a professor in the school of management at UNSW Business School, along with PhD candidate Michael Collins, monitored and measured how negative emotions had an impact on the behaviour of 161 performance-oriented managers and executives as part of a leadership development program during a 15-month period.

Participants' emotional responses and behaviour under pressure were revealed when they completed maths tests with varying degrees of difficulty.

"A mathematical test is exactly the kind of task leaders undergo when being selected for jobs or in a development course," says Jackson.

Importantly this was a real-world test, part of a formal set of assessments and the participants' careers depended on the outcomes. Stakes were high.

"They were genuinely motivated to succeed and felt a sense of frustration and anger when they didn't," emphasises Jackson. "In real life, this becomes abusive leadership."​

Read the full article on the UNSW Business Think website.