Space mining is closer than you think, and the prospects are great

American cosmologist Neil deGrasse Tyson has gushed about the prospects of mining in space. Could it really deliver world peace, or will it be just another realm for competition and conflict, asks Andrew Dempster. 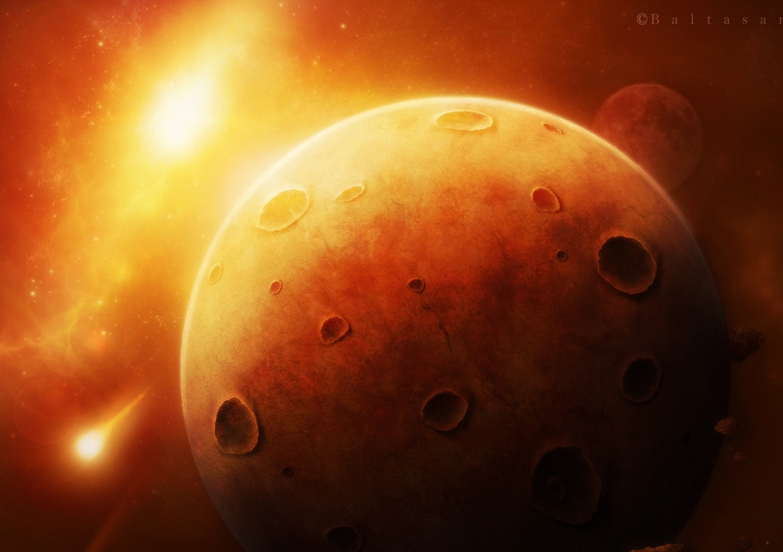 OPINION: In this week’s Q&A on the ABC, the American cosmologist Neil deGrasse Tyson gushed about the prospects of mining in space, and the benefits that might afford humanity.

Is this really plausible? What can we mine in space? And will it really deliver world peace, or just another realm for competition and conflict? Perhaps a look at the immediate past and near future may help us answer some of these questions.

In the two years since I first wrote about off-earth mining, a number of things have changed, and at least one relates to “world peace”.

One asteroid mining company, Planetary Resources, launched its first spacecraft from the International Space Station. This was the company’s second attempt after an earlier one was incinerated in the failed Antares launch.

Another asteroid miner, Deep Space Industries (DSI), won two NASA grants. One was to investigate creating propellant from asteroid material, and the other to create an asteroid regolith simulant, so equipment can be tested on Earth. That followed the award to DSI of a contract to help develop BitSat, which transmits Bitcoin transactions.

We, at the Australian Centre for Space Engineering Research at UNSW, along with NASA’s Jet Propulsion Laboratory, also won funding to investigate mining water to support NASA’s planned Mars colony.

In the US, the ASTEROIDS Act (yes that’s an acronym) was thankfully renamed the Space Resource Exploration and Utilization Act before it passed Congress. It tries to deal with the gaps in the Outer Space Treaty relating to ownership of space resources. It states that “any asteroid resources obtained in outer space are the property of the entity that obtained such resources, which shall be entitled to all property rights thereto, consistent with applicable provisions of Federal law.”

A UNSW study has shown, for a particular iron-rich asteroid, given the existence of a market and other assumptions, the return on investment is 85 years if the ore is returned to Earth, but five years if used in space.

Despite all this activity, sceptics remain unconvinced about the prospects for space mining for reasons such as expense and time.

Mining in space will certainly be expensive. The total budget of the project to send Curiosity to Mars and operate it for 14 years was US$2.5 billion.

But mining on Earth is also expensive. In 2014, Rio Tinto reduced its exploration budget from US$948 million in 2013 to US$747 million. A single study can cost over US$650 million.

The corresponding figures for BHP Billiton are US$1,047 million in 2013 down to US$716 million. That’s the sort of money these companies are already spending, trying to find new terrestrial deposits. So, the absolute scale of an investment in space mining is not beyond existing mining companies. Space mining is a staple of science fiction, but it’s rapidly becoming a reality. Ryan Somma, CC BY

Things are similar in terms of time frames. Mining operations last for decades. So neither the costs nor the time-frames are prohibitive. As we see, the asteroid mining companies are already getting into space. It’s happening, and it’s being funded.

So, where are the immediate problems? For one thing, the study that told us to use the iron ore in space rather than return it to Earth assumed a market in space.

For high-value commodities, like rare earth minerals or platinum group metals, there may be a case for return to Earth, but certainly, the “common” resources that could be mined in space are best used there.

The common argument is that it costs about US$20,000 per kilogram to launch to deep space from Earth, so if you can produce that kilogram in space for less than $20,000, you’re ahead.

In fact, SpaceX publishes its launch costs on its website. Currently, for its Falcon 9, that figure is about US$12,600. But a market does not exist at present, and may need an artificial demand to kick it off (e.g. someone like NASA could contract for a delivery of water on-orbit).

This dilemma was recently debated at SpaceUp Australia. Without that kick-start, early demand for water may come from space tourism, but the most likely place for this type of economy to kick off is probably satellite refuelling. Water can be split into hydrogen and oxygen, which can be used to fuel satellites.

In terms of world peace, there are a number of problems with the US Space Act (variously discussed here, here, here, and here), including that the law is not necessarily consistent with existing treaties, is likely to be ignored by other countries, and is unenforceable.

A bus could drive through the existing treaties and not touch the sides, so there is a lack of uncertainty about what can and can’t be done, or enforced. My own view on this is that it will be the wild west out there until the slow processes of the law finally catch up with reality off the ground.

As far as world peace goes, I think things in space will get worse before they get better (space piracy, anyone?). But once order is established, there is every possibility that deGrasse Tyson is right, perhaps in less than 100 years.

The world leaders on all of these contentious topics, as well as representatives from the off-earth mining companies will be meeting to debate these issues at the second Off-Earth Mining Forum, to be held in Sydney in November.

To maximise interaction between space experts and mining experts, the event has been co-located with the third Future Mining Conference. Members of the public are welcome to attend and get a sense of whether deGrasse Tyson might be right.

Andrew Dempster is Director, Australian Centre for Space Engineering Research, and Professor, School of Electrical Engineering and Telecommunications at UNSW.